I’ll Get A Ton Of Hate Mail For This

by
Capitalist Exploits
My articles My books
Follow on:Twitter
Summary:
By Chris at www.CapitalistExploits.at Before we get started. Soooo... if you're looking for seed capital let me know. I'll put you in touch. Silent Wednesday? I've a friend who never works Wednesdays. It's the middle of the week, he tells me. Why work when everyone else is? Fair point. And so this past Wednesday I did ...

Did ‘The Economist’ Aid A Chinese Communist Influence Operation?

Before we get started.

Soooo... if you're looking for seed capital let me know. I'll put you in touch.

I've a friend who never works Wednesdays. It's the middle of the week, he tells me. Why work when everyone else is?

Fair point. And so this past Wednesday I did just that. Well, for some of the day, anyway. And I received complaints for not writing a pithy, intelligent, mind-blowing blog for you.

I'm sorry. I was seeing a man about a horse. No, really!

Finicky bloody beasts - horses. I thought they were like hydrogen molecules, all exactly the same.

But I'm assured this isn't the case. I can guarantee you this, though: It's easier to figure out parabolic curve theory or quantum mechanics than it is to understand all the complexities of these beasts.

And then there's the little issue of cost.

You think cars are expensive until you buy a horse, which actually means that you've got to upgrade your car because pulling a half ton nag about can't be done with just any car.

No, no, no. You need something that Schwarzenegger would drive when heading into battle with aliens. And once you've got one of those, you've got to spend even more money on the carriage to cart your nag around in. You'd be forgiven for looking at these "floats" as they're called, and coming to the conclusion that they're simply glorified tin cans on wheels and as such would be as cheap as chips.

Your former evaluation would be correct (boxes on wheels), but your latter conclusion (cheap as chips) would be as wrong as Miley Cyrus swinging naked on a wrecking ball. So, of course, they're ludicrously expensive, which means you'll need to sell your Porsche and your boat to get one.

And don't get me going on "horse people." They're all collectively off their rocker. I mean a horse can kick a child's head clean off and it'll get all the sympathy of an old lady tottering across a pedestrian crossing. The poor darling got "spooked". The now headless child and parents for their part will be scolded for upsetting the poor thing. Crazy. I've never seen anything like it. Horse people are completely mad.

And this got me thinking how similar horse people are to fanatics of all stripes.

Now, I know I'll get hate mail for this but hear me out.

It's like a religion. I mean you can explain to the Zulu's that their belief in the Tikoloshe, an evil little creature that can become invisible by drinking water and can cause illnesses and even death, is up there with the tooth fairy. 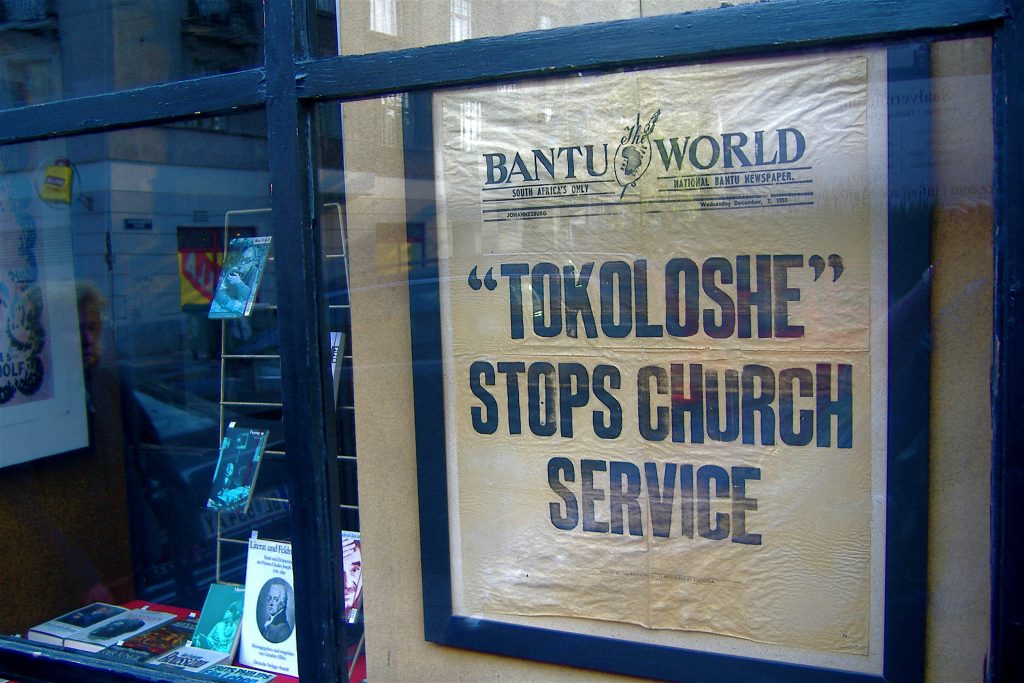 And it wont matter a jot. This is their belief, and it's as unshakeable as our Wahhabi Saudis' belief in their own gods or indeed ISIS, who've been on a murderous rampage due to their beliefs in some medieval superstitious nonsense that was supposedly handed down to an illiterate peasant in the desert.

In fact, history is littered with beliefs and religions which have since disappeared, though we have evidence that folks killed each other over those beliefs. Powerful stuff, beliefs.

Every investor thinks they're immune, but the evidence proves they're not.

Show a gold bug that gold will get cut in half, and they'll nod their head, furrow their brow, and mutter away. But there is NO WAY they're selling. No, Sirreee!

You see, gold has that magical attribute to convert people to believers. And as such, it's really excellent for manias.

Show a Japanese bond fund manager, who's known nothing but positive returns for 25 years why the risks to owning JGBs may not really be as peachy as commonly thought and you're an heretic. And yet there's the other side of asymmetry you never hear about.

And this is what's to love about any setup where folks can have an ideological, religious-like belief.

Without them it's literally impossible to have truly epic, tell-your-grandkids-one-day manias.

The dot-com era was one such epic mania.

Believers could never be told that even though the Internet was revolutionary there is no such a thing as "no price is too high," which is basically the tenet of every mania.

Sure, the Internet completely changed our world. In fact, it's why I suggested Jamie Dimon should learn about lemons, but remember we've got that odd old curmudgeon from Omaha to remind us that...

Believers are absolutely necessary. Or should I say, the ingredients to allow for the formation of believers are necessary for truly epic manias. And this is something we should all love. Why?

Who doesn't want to ride a mania, provided you know it's a mania? Or indeed bet against one as market saturation becomes evident.

We're doing ourselves a disservice if we're not on the lookout for these attributes all the time. They're quite easy to spot. Especially if we're lucky enough to have a cult leader as they're more evident that way. 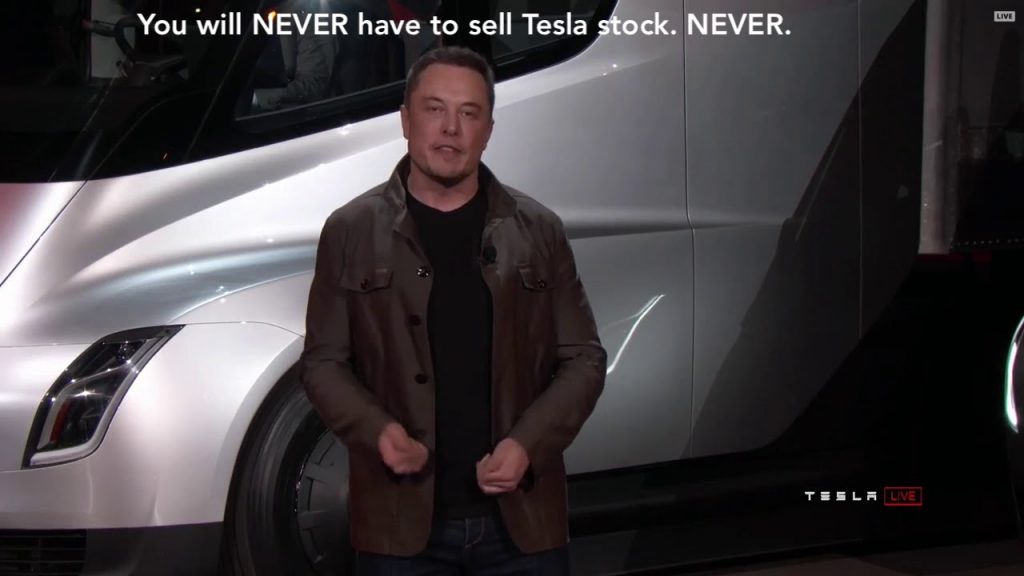 And this is one reason to love Bitcoin.

For the believers there is no price too high for it... or too low. They'll never sell.

Side note: If someone wants to launch "The Church of Bitcoin" right now, hit me up. I'll structure the deal for you, we'll run an ICO, and then take the sucker public. Call me!

"So we need to be afraid and get out, Chris?"

Let me put it this way: "Buckle up, you ain't seen nothing yet." 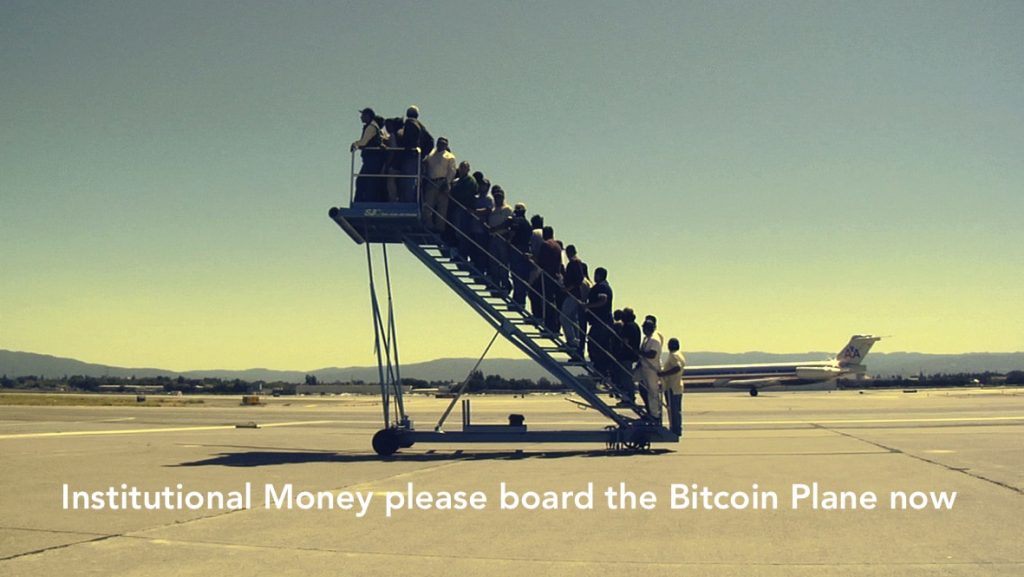 And if ever you needed evidence that the bubble in Bitcoin has a way to go yet, I present to you the WSJ:

Well, the one thing I have learned over the years is that economists, who, let me remind you, never manage money, will be more wrong than central bankers, which is saying something.

Right now, they think we all ought to be losing sleep over Bitcoin. The simple fact that they believe this makes me sleep like a rock.

I'll go on record here and now, and you, readers, can hold my feet to the fire. I'm going to say that these economists are going to be spectacularly wrong, and when they're justifying some truly insane prices my rock-like sleeping habits will be severely disrupted.

Yes, Bitcoin returns have been insane. To show you how insane, here is a Bitcoin chart.

Shoot, I'm sorry. Wrong chart. What was I thinking?

Something Else to Remember

And this is important to understand context of where we're likely at.

Here's Amazon at the peak of the Nasdaq bubble and the subsequent bust. 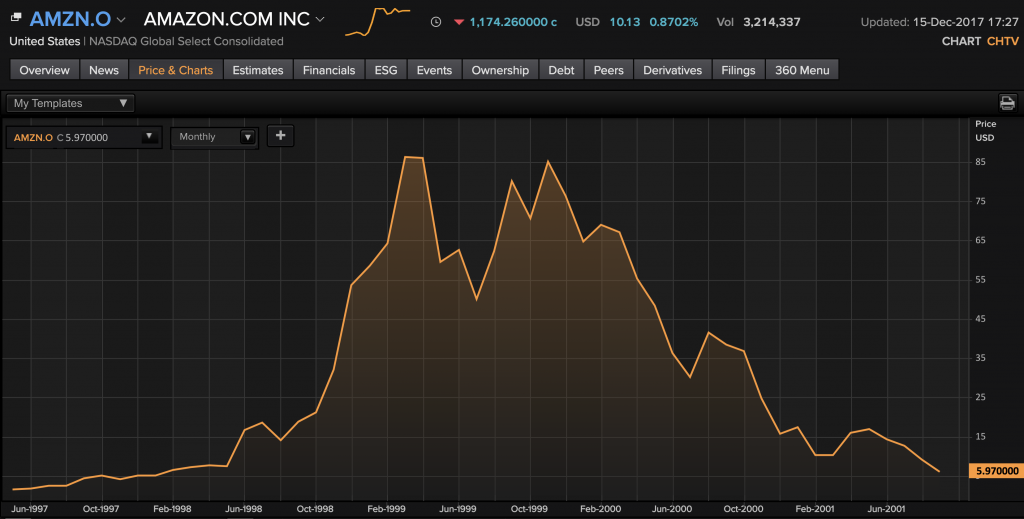 But in hindsight we now all know that the underlying technology and way of doing business was fundamentally changed forever, and Amazon managed to gobble up market share in the same way that a pack of lions would gobble a herd of one-legged antelope. 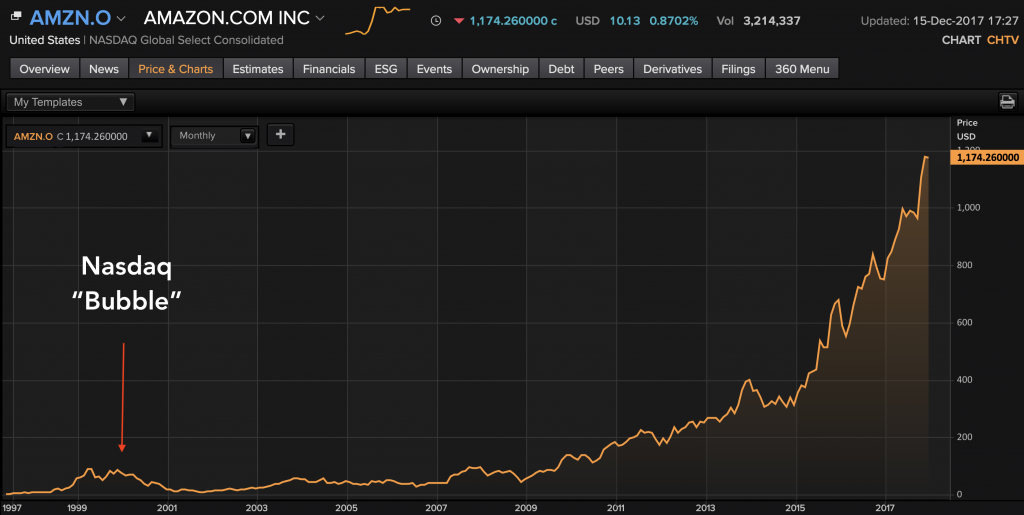 The parallels with Bitcoin and blockchains of many flavours are striking.

The jury's still out on whether the Bitcoin blockchain (remember Bitcoin the currency is the mechanism by which the bitcoin blockchain operates and provides security) captures that market share in the long run or not. But back to manias, right now we've the ingredients:

You wanna short that?

Have yourself a wonderful weekend!

"Stock market bubbles don't grow out of thin air. They have a solid basis in reality, but reality as distorted by a misconception." — George Soros

Capitalist Exploits exists as a meeting place for investors, entrepreneurs and those managing their capital in a world increasingly perverse and riddled with dangerous thoughts.
My articlesMy books
Follow on:Twitter
Previous Congress May Enact “Bolt And Wire Cutter Sanctions” On Russia After Putin Threatens Underwater Internet Cables
Next The Output Gap Is Screaming For The End Of The Business Cycle