USD Finishes Heavily, but Yields Continue to Rise, and CPI Lies Ahead

by
Marc Chandler
My articles My siteAbout meMy booksMy videos
Follow on:TwitterLinkedIN
Seeking Alpha
Summary:
Last week's dollar gains were pared after the disappointing establishment job growth in December of 199k. That was less than half of what was expected.  The data continues to be distorted by the pandemic, for which the seasonally adjusted BLS applies, it is of dubious value now.  The household survey has been significantly better in recent months than the establishment survey.  In December, the household survey showed 651k more people were working.  The unemployment rate slipped below 4%.  While this appears to be a healthy development, and bringing forward the achievement of full employment, the participation rate still is subdued compared to pre-Covid.  The low participation rate of 61.9% means that it takes few people getting jobs to drive the unemployment rate down.  In the current 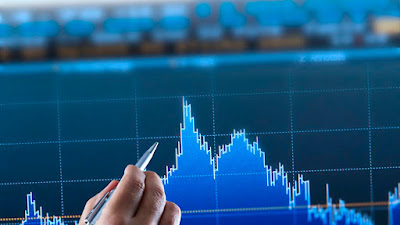 Last week's dollar gains were pared after the disappointing establishment job growth in December of 199k. That was less than half of what was expected.  The data continues to be distorted by the pandemic, for which the seasonally adjusted BLS applies, it is of dubious value now.  The household survey has been significantly better in recent months than the establishment survey.  In December, the household survey showed 651k more people were working.

Nevertheless, the key for Fed policy now is not the labor market but inflation, and next week's December CPI report is expected to show further acceleration. Even after the employment report, the December Fed Funds contract showed increased wagers of four hikes this year.  The probability of a fourth hike is now slightly over 50% compared with a 40% of a third hike after the November jobs report on December 3.   Participants also appear to have taken on-board the likelihood that the Fed allows its balance sheet to shrink a few months after the first hike, rather than waiting a couple of years as it did after GFC.

Dollar Index:  The Dollar Index rose about 0.20% last week after falling in the last two weeks of 2021.  The momentum stalled and it finished last week on a soft note after the disappointing jobs report.  Initial support is seen in the 95.50-95.55 area, and then 95.00-95.10.  It probably requires a break of the 94.65 area to signal a more sustained corrective phase.  The momentum indicators are generating conflicting signals and broadly speaking, DXY has gone broadly sideways since the second half of last November when it established the 95.50-97.00 trading range.  The 2-year US yield continues to trend higher, and this can be expected to limit dollar pullbacks at this juncture.

Euro: For its part, the euro has been in a $1.12-$1.14 trading range since the middle of November with a brief exception when it briefly traded to almost $1.1185 in late November.  Last month's high, set on New Year's Eve was near $1.1385, and while the euro may test it, with the US two-year premium over Germany still widening, it is hard to see the euro breaking out of the trading range.  The momentum indicators favor the downside.  The MACD is elevated but flatlining, and the Slow Stochastic has already turned lower.  The US midterm elections are not until November, but European politics will become a market force first.  Already, Italian bonds have begun underperforming ahead of the beginning of the presidential selection process on January 24.  Investors are nervous.  Draghi could stay as Prime Minister, but without a political party, his days are numbered.  Alternatively, he could become president, but investors fear this would open a vacuum in the managing the economy and the recovery funds.  Also, next week’s discussions with Moscow are seen by many as a prelude to a Russian invasion of Ukraine.

Japanese Yen:  Starting early last October, the dollar broke out of the JPY109-JPY111 trading range.  The new range was JPY113-JPY115 +/- half a yen.  With the surging US 10-year yield to start the year, the greenback jumped to roughly JPY116.35 on January 4.  Despite the US yield still rising (seven-day streak to begin the new week), the dollar consolidated against the yen in the second half of last week.  It finished the week on a soft note near the JPY115.50 breakout.  We suspect that with US bond yields likely moving higher, that the dollar would enter a new and higher range against the yen.  We have been thinking of JPY117-JPY120 range.  The BOJ holds the first G7 central bank meeting this year.  It is on January 18.  Press reports highlight the risk that the BOJ downgrades its growth outlook and upgrades its inflation outlook.

British Pound:  Sterling was the only major currency to gain on the dollar last week.  The roughly 0.35% gain lifted it to almost $1.36.  It had dipped below $1.32 at the beginning of Xmas week.  Over the past month, the 2-year Gilt yield has risen a little more than 37 bp, twice the rise in the comparable US rate.  Sterling finished the week near the (61.8%) retracement of the decline from the October 20 high near $1.3835, while approximates the halfway point of the losses since last year's high on June 1 around $1.4250.  Both retracements are found in the $1.3575-$1.3580 area. Both the MACD and Slow Stochastic did not move up last week to confirm the move in prices, suggesting potential vulnerability.  Still, a break of the $1.36 could signal a test on the 200-day moving average (~$1.3740).  At the same time, sterling lost momentum against the euro after having risen to its best level since February 2020.  The euro may need to resurface above GBP0.8400 to boost confidence that a low is in place.

Canadian Dollar:   The roughly 0.7% rise after the pre-weekend jobs report was enough to offset most of the Canadian dollar's losses last week.  On December 3, it also reported robust employment data, but then the Canadian dollar lost about 0.25%.  The December jobs data were stronger than expected.  Canada filled 122.5k full-time position, blowing away median (Bloomberg) forecast for a 5k increase. The market now has a hike fully priced in for the March meeting and another hike in April.  Back in early December, the market had about 3/4 of a hike discounted for March and about 35 bp of tightening by April.   The greenback finished the week on its lows and poised to test the CAD1.26 area, which may be the neckline of a bearish head and shoulders pattern, whose measuring objective would be around CAD1.2240.  The low from last October was around CAD1.2280, while last year's low (June 1) was a whisker above CAD1.20.  On the other hand, a move above CAD1.2730 would negate the bearish chart pattern. The momentum indicators are mixed.   The Slow Stochastic has been going sideways for the past several sessions in its trough and looks like it wants to turn up, while the MACD is still falling.

Australian Dollar:  The Aussie was the weakest of the major currencies in the first week of the New Year, losing a little more than 1%, and that is including the 0.35% bounce ahead of the weekend as the greenback pulled back broadly after the jobs’ disappointment.  Shortly before the US report, the Aussie found support near the (50%) retracement of last month's advance.  Assuming this area (~$0.7130) holds, it can work its way back to the upper end of the recent range found around $0.7280.  The MACD and Slow Stochastic are moving lower and offer little credence to this more constructive scenario.  A convincing break of $0.7000, would open up the downside.  Australia's largest state, New South Wales imposed sharp social restrictions to contain the virus until at least January 27.  Despite this and protestations from the central bank, the swaps market has a hike fully discounted in July.  Australia reports November trade and retail sales figures in the week ahead.  It has enjoyed a positive terms of trade shock.  Retail sales will expected to be strong, but they have largely already recouped the losses in the June-August period.

Mexican Peso:   The peso made its highest close in two months against the dollar ahead of the weekend (~MXN20.37).  It has appreciated for the past seven consecutive weeks.  During this run, the peso has been the strongest currency in the world, appreciating by nearly 7.6%.   It was helped by the more aggressive 50 bp rate hike last month.  The market is pricing in almost 170 bp of tightening over the next six months, which seems rather aggressive, especially given unknowns surrounding the new central bank governor Rodriquez.  The Slow Stochastic has turned up and the MACD has flatlined in over-extended territory.  Nearby support is seen around MXN20.32, and then the 200-day moving average by MXN20.2750, which is also around where the lower Bollinger Band begins the new week.

Chinese Yuan:   The dollar rose by about 0.33% against the Chinese yuan, matching the largest weekly gain since August.  Ahead of the weekend, the PBOC also reported a $27.8 bln jump in reserves, well more than expected. For the year, the dollar value of reserves rose by $33.65 bln after rising by around $108 bln in 2020.  Officials continue to warn market participants of more yuan-flexibility (volatility?) and that diverging monetary policy paths may lead to a weaker yuan.  Yet, the dollar-yuan rate stays incredibly stable.  The historic one-month volatility (actual or realized) has been less than 2%.   Only the pegged Hong Kong dollar and the Argentine peso (currency board).  Note that the premium China pays over 10-year US Treasuries slipped below 105 bp last week for the first time since July 2019.  Only a break of the CNY6.35-CNY6.40 range is newsworthy.   The greenback slipped below the lower end the range a couple times in December, but it proved to be false breaks.  China reports December CPI and PPI figures on January 11.  Both are expected to have moderated a little.  This may help reinforce speculation that the PBOC will ease policy later this month ahead of Lunar New Year holiday that begins on January 1.

He has been covering the global capital markets in one fashion or another for more than 30 years, working at economic consulting firms and global investment banks. After 14 years as the global head of currency strategy for Brown Brothers Harriman, Chandler joined Bannockburn Global Forex, as a managing partner and chief markets strategist as of October 1, 2018.
My articlesMy siteAbout meMy books
Follow on:TwitterLinkedINSeeking Alpha
Previous Inflation and Geopolitics in the Week Ahead
Next Treasury Yields Continue to Move Higher