by
Marc Chandler
My articles My siteAbout meMy booksMy videos
Follow on:TwitterLinkedIN
Seeking Alpha
Summary:
Overview:  US stocks built on the recovery started on Monday and Powell's suggestion of letting the balance sheet shrink later this year eased some speculation of a fourth hike this year, which seemed to allow the Treasury market to stabilize.  What amounts to a greater appetite for risk is carrying over into Asia Pacific activity today. Many of the large bourses advanced more than 1%, with the Hang Seng up almost 2.8% and the Nikkei up  nearly as much.   Bond yields pulled back mostly 2-4 bp in the region, but higher unemployment (3.8% vs. 3.1%) saw the 10-year South Korean yield fall by six basis points.  Europe's Stoxx 600 opened higher but has stalled, while US futures recover from initial weakness to move higher.   European yields are around 2-2.5 bp lower,  Portugal is 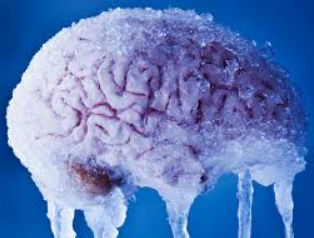 Overview:  US stocks built on the recovery started on Monday and Powell's suggestion of letting the balance sheet shrink later this year eased some speculation of a fourth hike this year, which seemed to allow the Treasury market to stabilize.  What amounts to a greater appetite for risk is carrying over into Asia Pacific activity today. Many of the large bourses advanced more than 1%, with the Hang Seng up almost 2.8% and the Nikkei up  nearly as much.   Bond yields pulled back mostly 2-4 bp in the region, but higher unemployment (3.8% vs. 3.1%) saw the 10-year South Korean yield fall by six basis points.  Europe's Stoxx 600 opened higher but has stalled, while US futures recover from initial weakness to move higher.   European yields are around 2-2.5 bp lower,  Portugal is under-performing as new supply seems to be weighing on prices.  The US 10-year Treasury is hovering near 1.74%.  The dollar is little changed against most of the major currencies.  Norway reported stronger mainland GDP (Nov +0.7% after flat in October) underscoring the likelihood that the Norges Bank raises rates at next week's meeting, and the krone is up nearly 0.6%.  The Canadian dollar, which appeared to break higher yesterday, is extending the gains today.  Similarly, most emerging market currencies are +/- 0.15%, but the South Korean won (~+0.35%) and the South African rand (~+0.3%) are the main exceptions.  Turning to commodities, gold is paring yesterday's 1.1% advance, giving back nearly a quarter.  Energy prices are firm.  February WTI is extending yesterday's gains.  It is approaching last year's high set in late October near $82.15.  Natural gas prices are higher too. US prices are up for the fourth session amid a cold snap.  Today's gains bring the year-to-date gain to about 18%, while Europe's benchmark is up nearly a quarter so far this year.  Floods in Brazilian iron ore mines have underpinned the industrial metal recently, which is at a new three-month high today.  Copper prices are up about 1.7% for the second consecutive session.  They fell by 1.2% last week.

China's December CPI and PPI were softer than expected, while aggregate lending figures were in line with expectations.  Helped by softer food and non-food prices, as well as services, due partly to the lockdowns, saw CPI ease to 1.5% from 1.7%.  Excluding food and energy, the core measure was unchanged at 1.2%.  The government has taken steps to ease commodity supplies.  The PPI slowed to 10.3% from 12.9%.  The median forecast in Bloomberg's survey was for 11.3%.  Aggregate financing slowed to CNY2.37 trillion from CNY2.61 trillion in November.  Economists projected CNY2.4 trillion.  The slowing was nearly evenly divided between banks and the shadow banking sector.  The PBOC is still expected to ease policy ahead of the Lunar New Year holiday that begins January 31. While some look for another reserve reduction, a small cut in the 1-year medium-term lending facility next week is also a possibility.

Ahead of next week's meeting, the BOJ raised its economic assessment of all the country's regions for the first time in more than eight years.  The easing of the pandemic was the main driver.  The outlook for consumer spending was also lifted, though wage growth remains miserly.   Separately, Japan reported that November's current account narrowed to almost JPY900 bln from JPY1.18 trillion.  The November balance has been consistently smaller than October, but it held better than expected.  The median forecast (Bloomberg survey) was for a surplus slightly less than JPY600 bln.  Even though the trade deficit was less than expected at around JPY431 bln, its swing into deficit from the nearly JPY167 surplus in October accounted for the deterioration.  The data also showed that Japanese investors were sellers of US, Australian German, and French sovereign bonds, but buyers of Canadian, Italian and UK paper.

The dollar remains in the range set on Monday against the Japanese yen (~JPY115.05-JPY115.85).  In fact, it has been confined to less than a quarter of a yen range below JPY115.45.  There is an option at JPY115.50 for almost $640 mln that expires today. The Australian dollar closed above $0.7200 yesterday and has edged a little higher today (to almost $0.7225), but the market appears to be turning auction ahead of the US CPI report.  Support is seen near $0.7185.  The greenback gapped lower against the Chinese yuan.  Yesterday's low was about CNY6.3705, while today, it has held below CNY6.3690.  Indeed, it recorded the low since the end of last year today (~CNY6.3630) despite softer inflation readings.  The PBOC set the dollar's reference rate at CNY6.3658.  The median expectation (Bloomberg survey) was for CNY6.3671.

The unexpected weakness in German and French November industrial output reports was not offset by the strength of Spain's production but with seasonal adjustments, the eurozone reported a 2.3% gain.  However, the weakness that was expected was in October.  The initial 1.1% gain was revised to a 1.3% decline.  It leaves the year-over-year, workday adjusted, pace at -1.5%.  The median forecast (Bloomberg) was for a 1.2% gain.  October's 3.3% pace was slashed to 0.2%.  On Friday, Germany will be the first G7 country to estimate Q4 GDP.  Europe's biggest economy is expected to have slowed sharply. After growing 1.7% quarter-over-quarter in Q3, economists expect it to have slowed to 0.5%.  We suspect the risk is on the downside.

The market still seems arguably too relaxed about the deteriorating political climate in Italy.  More reports suggest Draghi may indeed become the next president.  That would mean stepping down as premier.  The League has been reluctant to support Berlusconi for president.  Berlusconi threatened to pull out of the coalition if he does not become president.  That would bring the general election forward from next year.  The center-left PD appears to be neck-to-neck with both the League and the Brothers of Italy (from the right and more hostile toward the EU).  And if Draghi were to stay as Prime Minister, his influence may be waning, and in any event, without a political party, he would likely be replaced after next year's planned election.

The euro tested this year's high, slightly below $1.1380 in late Asia before drifting lower (~$1.1355).  Support is seen in the $1.1320 area.  The single currency has not been above $1.14 since mid-November, and there is a 930 mln euro option that expires there today.  With a few exceptions, the euro has been trapped in the range set on November 30 (~$1.1235-$1.1385).  With a more hawkish Fed, Russia still poised to take another piece of Ukraine, Italian political stability potentially unraveling, and increased tension within the EU (EC fining Poland 1 mln euros a day for violating the European Court of Justice rulings on judicial independence), the euro still seems vulnerable.  In the UK, Prime Minister Johnson appears to be fighting for his political future, but sterling extended the rally that began last month near $1.3165 to reach almost $1.3650 today.  A trend line from last July's high (~$1.3985) and the October highs (~$1.3830-$1.3835) comes in now around $1.3690. Sterling is struggling to maintain the upside momentum now.  Almost GBP800 mln in options struck at $1.3595-$1.3600 expire today.

Powell used his confirmation hearings to assure Senators (and his wider audience) that the Fed will defend price stability and prevent inflation from becoming entrenched.   He continued to suggest price pressures may last through mid-year.  This is important, even though officials have dropped the "transition" characteristic of inflation, they have pushed out a couple of quarters compared to around a year ago when it anticipated price pressures to ease.  Powell has not provided much specifics about the balance sheet, besides suggesting it would take 2-4 meetings to sort out.  He did confirm that it will likely begin shrinking later this year; "sooner and faster" than last time.  The Fed Chair also introduced the possibility of accelerating tapering.  The Fed has indicated that the Fed funds rate will remain its chief tool but allowing the balance sheet to shrink supplants a fourth hike this year.

Many market observers see two main upside risks to US inflation: wages and shelter costs.  Given the changes in the participation rate, some suspect that the neutral level of unemployment may be a bit higher than the Fed projects.  However, the same type of logic could suggest that the real neutral short-term interest rate (r*) is lower than the Fed identifies, meaning financial conditions may be tightening more than assumed.  The US December CPI is front and center today.  It is expected to edge to about 7% from 6.8% in November.  Many economists, but of course not all, see it peaking shortly.  How the market responds today may offer important insight into positioning and psychology.  Has the news already been largely discounted?  The Fed's Beige Book, later today, will offer a glimpse into how the economy is holding up in light of the Delta surge and now the Omicron deluge.  The Fed's Kashkari speaks today.  What a dove means is always contextual, and seemingly favoring two hikes this year, he is a dove.

The US dollar punched through the CAD1.26 level we identified as the neckline of a potential head and shoulders pattern that project toward CAD1.2250.  Follow-through has seen the greenback trend lower in the European morning to below the CAD1.2544 area, which corresponds to the (61.8%) retracement of the rally off the late October low.  The next immediate target is around CAD1.25, where the 200-day moving average is found.  Note that the lower Bollinger Band (~CAD1.2550) has been taken out.  Meanwhile, the US dollar is bouncing along its trough against the Mexican peso.  Yesterday's November industrial production report disappointed, showing a 0.1% decline rather than the 0.6% advance that economists (Bloomberg survey) expected.  The dollar did slip to a two-week low yesterday (~MXN20.3415).  Yesterday's high was about MXN20.4550.  If this is not taken out, the greenback would record its fourth session of lower highs.

He has been covering the global capital markets in one fashion or another for more than 30 years, working at economic consulting firms and global investment banks. After 14 years as the global head of currency strategy for Brown Brothers Harriman, Chandler joined Bannockburn Global Forex, as a managing partner and chief markets strategist as of October 1, 2018.
My articlesMy siteAbout meMy books
Follow on:TwitterLinkedINSeeking Alpha
Previous Turn Around Tuesday Began on Monday
Next The Greenback has Abruptly Fallen Out of Favor