Home / Marc Chandler / The Greenback has Abruptly Fallen Out of Favor

The Greenback has Abruptly Fallen Out of Favor

by
Marc Chandler
My articles My siteAbout meMy booksMy videos
Follow on:TwitterLinkedIN
Seeking Alpha
Summary:
Overview: The 7% December CPI print did not prevent the dollar from weakening broadly.  The Dollar Index fell by 0.65%, the largest decline since late November. The 10-year yield rose by less than a basis point to poke above 1.74%.  The S&P 500 spent most of the session chopping in a 15-point range.  The greenback is still offered broadly, with the dollar-bloc and sterling leading.  Emerging market currencies are narrowly mixed, with the Turkish lira's 2%+ slide being the chief outlier.  The JP Morgan Emerging Market Currency Index is heavier after rising around 1.2% in the past two sessions.  Equities are faltering.  Japan, China, and South Korea were a drag on the MSCI Asia Pacific Index, while the Stoxx 600 has turned higher after a softer opening, after rising by about 0.65% 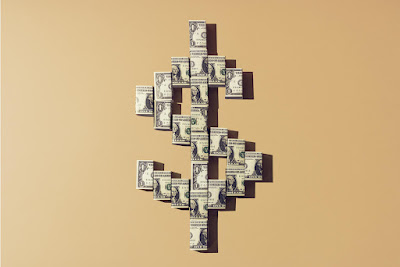 Overview: The 7% December CPI print did not prevent the dollar from weakening broadly.  The Dollar Index fell by 0.65%, the largest decline since late November. The 10-year yield rose by less than a basis point to poke above 1.74%.  The S&P 500 spent most of the session chopping in a 15-point range.  The greenback is still offered broadly, with the dollar-bloc and sterling leading.  Emerging market currencies are narrowly mixed, with the Turkish lira's 2%+ slide being the chief outlier.  The JP Morgan Emerging Market Currency Index is heavier after rising around 1.2% in the past two sessions.  Equities are faltering.  Japan, China, and South Korea were a drag on the MSCI Asia Pacific Index, while the Stoxx 600 has turned higher after a softer opening, after rising by about 0.65% yesterday.   US futures are trading with a slightly firmer bias.  Benchmark 10-year European yields are narrowly mixed, while the US yield is near 1.75%.  Gold is snapping a four-day advance after approaching $1830. Oil prices are also paring yesterday's gains, which had lifted the February WTI contract above $83. It is consolidating in a narrow range.  Nickel reached a 10-year high yesterday as Indonesia said it could introduce an export tax but is softer today.  Other industrial metals that we track are softer too.  Iron ore is off a little more than 3% after rallying more than 5% over the past couple of sessions.  Copper is pulling back around 1% after a similar two-day advance.  US natural gas prices are down a little more than 2% today after a four-day ~25% rally. Europe's natgas benchmark is off for a third session and is off about 12.4% this week.

Tokyo raised its Covid alert amid the surging pandemic.  It now stands at the second highest of four levels.  Cases in the capital are the highest in four months.  Japan had seemed more resilient in the face of the Omicron variant, but it now looks like the contagion was simply delayed.   Three of Japan's worst areas are now in a quasi-emergency posture, allowing local authorities to impose restrictions on bars and restaurants.  Tokyo will also re-impose restrictions if the hospital bed utilization reaches 20%.  It was near 14% yesterday.

Japan no longer will require medical workers who have had close contact with Omicron cases to quarantine due to stress on the health care system.  Australia has made similar allowance for transport and freight workers in a bid to address the supermarket shortages.  Prime Minister Morrison said that 10% of the workforce was on leave at any time due to the virus, while some media outlets reported that absenteeism is near 50% in the transport sector.   Australia was in a zero-Covid policy, but as of Wednesday, it reported more than a million cases.  The general election is likely in Q2, and the government's handling of the virus will be a key issue.

The dollar was sold a little through JPY114.40 yesterday, nearly two yen off its multi-year high set on January 4.  There has been no follow-through selling to speak of, but it has made little headway above yesterday's JPY114.65 settlement.  Last month's uptrend line comes in today around JPY114.30, and technically, a break of it could see a push toward JPY113.50.  The Australian dollar rose above last month's highs yesterday (~$0.7280) and is pushing above $0.7300 today.  It is trading near the upper Bollinger Band (~$0.7315). The $0.7345 area is the (61.8%) retracement objective of the fall from the late October high (~$0.7555).  After gapping lower against the Chinese yuan yesterday, the greenback stabilized today.  It has edged back above CNY6.36.  The PBOC stepped up its protest of the yuan's strength by setting the dollar's reference rate about 60 pips weaker than expected (Bloomberg survey) at CNY6.3542.  The median bank projection was CNY6.3482.

The UK has two sets of negotiations today.  First, Foreign Secretary Truss meets with the EU's Sefcovic to discuss the Northern Ireland protocol.  Truss is seen as a possible successor to the beleaguered Prime Minister Johnson.  Brexit has derailed the previous two UK Prime Ministers, Cameron (referendum) and May (Brexit proper).  Although polls show most voters are not pleased with how Brexit has been implemented, Johnson's main problems stem from a petty corruption scandal and the handling of Covid (not by example). Second, the UK and India launch free-trade negotiations today. This is the start of what will be protracted talks.  On one hand, the UK has been trying to secure free-trade agreements now that it is outside of the EU and the old Commonwealth is fertile ground.  On the other hand, the Indian economy is one moving up the ranking table and is not as integrated into global trade and finance as much as the other economies its size.

Italy's presidential selection process begins in earnest on January 24. While Draghi has indicated interest in the post, he seems to think he can pick a caretaker replacement that can lead the country into next year's election.  However, Berlusconi is threatening to force an election if Draghi is chosen over him for president.  Meanwhile, Draghi is maneuvering to block proposals from the center-right for a large spending package to help households and businesses impacted by the surge in Covid.  They seek a package of around 20 bln euro, which would require a change in the budget that was just passed a couple of weeks ago.  Instead, Draghi seeks a 2 bln euro package that helps the tourism industry and helps fund the furlough program for employees.  His plan seems to repurpose some existing funds and would not require changes to the budget.

Hungary's central bank left the one-week deposit rate at 4.00% for the third consecutive week.  It had ratcheted its rate up from 1.8% in mid-November to 4.0% at the end of last year.  December CPI is due out tomorrow and is expected to have eased to 7.2% from 7.4%.  Note that in an attempt to ease price pressures on households, the government has capped fuel prices and fixed mortgage rates.  Starting next month, the prices for six commodities (sugar, flour, sunflower oil, chicken breast, pork leg, and most milk) are cut back to mid-October prices.

Many outspoken critics of the Fed argue that the central bank has not given up on the idea that inflation will fall on its own accord.  Their rationale is that when the supply chain disruptions are resolved and base effects are unwound, and the fiscally induced consumer spending eases, inflation will fall.  The critics argue that unemployment is below the natural rate and that this will contribute to the persistence of inflation.  Without drawing attention to it, or resolving some of the critical problems, the critics are ultimately angry that the Fed has eschewed the Phillips Curve, which posits a stable inverse relationship between unemployment and inflation.

Used vehicle prices rose 3.5% in December, for a 37.3% year-over-year gain. Only some parts of the energy complex, like gasoline prices (almost 50% year-over-year increase) rose by more.  Monetary policy is not suited to address the issues that are lifting used car and truck prices and energy.  In effect, then the critics say, that to cope with those drivers, the Fed must squeeze those other parts of the economy that they can.  Chair Powell and noted hawk, St. Louis Fed Bullard both expressed the desire "to bring inflation under control in a way that does not disrupt the real economy."  Who doesn't want that?

They know the tools they have and insist on defining the problem in a way that lets them use it.  Maslow's observation about if all one has is hammer, the problems will look like nails. Their tools here compress demand until it falls back to the supply curve.  As an aside, in an interview with the Dow Jones, Bullard said he now thinks four rate hikes may be appropriate this year.  Many market participants have come around to this view, and the Fed funds futures are pricing in around a 60% chance of four hikes instead of three.  Yet, last month's Summary of Economic Projections (dot plot) showed two Fed officials who thought four hikes would be appropriate this year.  If one of those dots were not Bullard, who many regard as the most hawkish member (and voting this year), it suggests another dimension of the hawkish turn of the Fed.

The US PPI and weekly jobless claims are unlikely to drive the dollar, which appears to be caught in a powerful position adjustment.  Many observers recognize that the greenback often has weakened after the start of the monetary tightening cycle.  However, that still seems to be a couple months away (a consensus among Fed officials of a March move seems to be solidifying).  While we had expected the twin deficit issue to reemerge as a key driver, we did not expect it to begin with Russian troops poised to invade Ukraine while Italian politics threaten to inject a new element of instability.

The head and shoulder US dollar top we identified against the Canadian dollar is unfolding.  The neckline at CAD1.26 was taken out on Tuesday and yesterday's push saw the greenback test the 200-day moving average near CAD1.25.  Today it has been sold to almost CAD1.2465. It closed below its lower Bollinger Band yesterday (~CAD1.2540) and remains below it (~CAD1.2495) today.  Nearby support is seen near CAD1.2450.  The greenback is pinned near its recent trough against the Mexican peso, though it made a marginal new low a little below MXN20.32 yesterday.  It has not closed above MXN20.40 so far this week, and has not been above there today, so far.  The week's high was set near MXN20.5230 and there is an option for $600 mln at MXN20.50 that expires today.

He has been covering the global capital markets in one fashion or another for more than 30 years, working at economic consulting firms and global investment banks. After 14 years as the global head of currency strategy for Brown Brothers Harriman, Chandler joined Bannockburn Global Forex, as a managing partner and chief markets strategist as of October 1, 2018.
My articlesMy siteAbout meMy books
Follow on:TwitterLinkedINSeeking Alpha
Previous How the Market Responds to US CPI may set the Near-Term Course
Next Bi-Polar Market: It is and It isn’t