by
Marc Chandler
My articles My siteAbout meMy booksMy videos
Follow on:TwitterLinkedIN
Seeking Alpha
Summary:
Overview:  The interest rate adjustment continues as the US 10-year Treasury yield firmed to test 1.90%, and the 2% target comes into view.  The German 10-year yield poked above zero for the first time since May 2019 and is straddling the area now. A bigger than expected rise in UK inflation lifted the 10-year Gilt yield to 1.3%, its highest level since March 2019 before pulling back.  Asia Pacific equities were a sea of red, led by a nearly 3% drop in Tokyo.  It is the fifth consecutive losing session for the MSCI Asia Pacific Index.   The Stoxx 600 is trying to stabilize after shedding almost 1% yesterday.  It is up around 0.2% today, with consumer discretionary, and real estate performing best today.  Financials and utilities are extending recent losses.  US futures are posting small 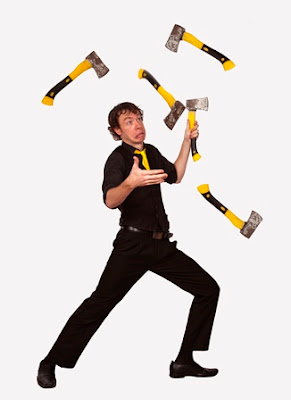 Overview:  The interest rate adjustment continues as the US 10-year Treasury yield firmed to test 1.90%, and the 2% target comes into view.  The German 10-year yield poked above zero for the first time since May 2019 and is straddling the area now. A bigger than expected rise in UK inflation lifted the 10-year Gilt yield to 1.3%, its highest level since March 2019 before pulling back.  Asia Pacific equities were a sea of red, led by a nearly 3% drop in Tokyo.  It is the fifth consecutive losing session for the MSCI Asia Pacific Index.   The Stoxx 600 is trying to stabilize after shedding almost 1% yesterday.  It is up around 0.2% today, with consumer discretionary, and real estate performing best today.  Financials and utilities are extending recent losses.  US futures are posting small gains.  Yesterday's dollar gains are being pared or reversed today against the major currencies.  Emerging market currencies are more mixed, with the Turkish lira and a handful of East Asian currencies trading heavily.  The JP Morgan Emerging Market Currency Index is recouping half of yesterday's 0.45% decline.  Gold held the 200-day moving average yesterday (~1803.5) and is firm near $1818 now.  The March WTI contract reached new highs around $86.40 before consolidating.  US natgas is off about 0.6% after rising 0.5% yesterday, while Europe's benchmark is almost 7.5% lower.  It rose 3.5% on Tuesday.   Iron ore rose 2.3% yesterday and is up another 3.3% today.  Meanwhile, copper is snapping a three-day drop with a 1.6% gain.

The Deputy Governor of the PBOC has given among the strongest assurances so far that the central bank will take more measures ("open the monetary policy toolbox wider") to avoid a collapse of credit.  Among other things, many see it as a signal that the loan prime rate will be cut tomorrow.  Recall that it is close to a market driven rate (18 banks quotes on their best lending rate) for both a one-year and five-year tenor.  The one-year rate fell five basis points last month to 3.80%, but the five-year was left unchanged at 4.65%.   There is talk that it can fall around five basis points tomorrow. The PBOC official also acknowledged space for another cut in the reserve requirement, though the space has narrowed.  Reserve requirements at 8.4%, he noted, were not high compared with other developing countries, or China's experience.

Japan's Prime Minister Kishida announced that 13 prefectures, including Tokyo and its surrounding area, will be under new virus curbs starting Friday and running through February 13.  The quasi-emergency measures are mild by international standards, including having bars and restaurants close early, and in some cases, stop serving alcohol.  Three regions also imposed these restrictions, so in all, as of the end of the week, 16 of 47 prefectures will be impacted, accounting for more than half of the country's GDP.  The restrictions could also soon be imposed on Osaka as record infections are being reported.

The dollar was turned back in Asia yesterday after pushing above JPY115.00.  Today it stalled near JPY114.80 and found new bids closer to JPY114.20.  While rising US yields ought to help the greenback, the equity volatility is neutralizing this driver.  After falling about 0.4% yesterday to a five-day low near $0.7170, the Australian dollar is probing the $0.7200 area in the European morning. Resistance is seen around $0.7230.  Australia's December labor report is due tomorrow and a more modest increase in jobs is expected after a 366k surge in November amid re-openings and following a four-month loss of nearly as many jobs.  The dollar closed above CNY6.35 yesterday and reached CNY6.3555 today before coming back off.   The PBOC set the dollar's reference rate at CNY6.3624 today, which unusually was slightly firmer than the market (Bloomberg survey) expected (~CNY6.3621).

UK December consumer inflation rose more than expected.  The preferred measure that includes owner-occupied housing costs rose to 4.8% from 4.6%.  CPI rose 0.5% on the month.  The median forecast (Bloomberg) was for a 0.3% increase.  The year over-year rate rose to 5.4% from 5.1%, while the core measure edged up to 4.2% from 4.0%.  Economists hoped for a small decline.  On the other hand, both input and output PPI prices were softer than expected.  Output prices rose 0.3% last month, half of what economists projected, while input prices eased by 0.2%, the first decline since last August, but the impact was muted by the upward revision in the November series to show a 1.5% gain instead of 1.0%.  The takeaway is that the market is more confident of a rate hike at the February 3 MPC meeting.  Four hikes are fully discounted, and the swaps market has about a third of a fifth hiked priced in.

The eurozone reported a 23.6 bln euro November current account surplus.  It was the largest since July's 30 bln surplus.  What makes it particularly notable is that last week, it was reported that the November trade balance fell into deficit, which on a seasonally adjusted basis, was the first shortfall since October 2011.  But due to the pandemic maybe the seasonal adjustments distort the data.  On an unadjusted basis, a 1.5 bln euro trade deficit was recorded, the first since January 2013.  While a one month print does not make a trend, many expected that the new German government's priorities and larger demographic changes will see the German surplus ebb.

The euro fell by nearly 0.75% yesterday, its biggest decline in nearly a month.  It was the third consecutive decline but halted above the $1.1300 area, which corresponds to the (61.8%) retracement of the rally from last November that began from the year's low a little below $1.12.  It has climbed back to almost $1.1350 in the European morning, which has stretched the intraday momentum indicators.  An expiring option for almost 350 mln euro is struck at $1.1375.  Early North American traders who were keen sellers yesterday may sell into today's gains.  Sterling is also snapping a three-day fall that took it from about $1.3750 to about $1.3575.  The $1.3640-$1.3660 area may cap it today and its intraday momentum indicator is over-extended.  A $1.36 option for GBP410 mln expires today.

The S&P 500 and NASDAQ settled near their lows yesterday.  The NASDAQ closed below its 200-day moving average for the first time since April 2000.  The dramatic rise in US rates is keeping the "buy-the-dip strategies on the sidelines.  The index is off a little more than 10% from its November 22 record high.  The S&P 500 record high was set on January 4, and with yesterday's loss, it is off about 5.25%.  The earnings season continues, and today's highlights include BankAmerica, Morgan Stanley, and P&G.

The US reports December housing starts and permits.  Starts surged 11.8% in December, and the real issue is how much of a pullback to expect.  The median guesstimate (Bloomberg survey) is for a 1.7% decline.  The poor weather and rising prices warn of the risk of another decline this month.  Permits, a leading indicator, rose 3.9% in November and are also expected to have softened last month.  Still, outside of a possible headline reaction, the market has its sights set elsewhere.

Canada reports December CPI figures today.  The headline rate is expected to have ticked up to 4.8% (from 4.7%), and the underlying core measures are expected to remain firm.  The central bank meets next week and the OIS suggests the market may not be as confident of a rate hike (~50%) compared to the start of the week (72%). After today's CPI, the last big report is November retail sales at the end of the week, and another strong gain is expected after a 1.6% month-over-month increase in October.

The US dollar stalled yesterday near CAD1.2565 and has come back offered today.  It is trading around CAD1.2475 in late European morning turnover.  Last week's low was around CAD1.2455, and given the stretched intraday momentum indicator, may be sufficient today. Still, below there, support is seen by CAD1.2400.  The measuring objective of the head and shoulder pattern we are tracking is closer to CAD1.2250.  The greenback tested MXN20.45 yesterday, a five-day high.  It is being sold through MXN20.35 in Europe amid the wider pullback in the US dollar.  Support is seen around MXN20.28.  Covid is surging in Mexico City and hospital occupancy rates have doubled (58% from 27% on January 3).  Of note, President AMLO has tested positive for the second time in a year.  Mexico City has among the highest vaccination rates in the country (~95%).

He has been covering the global capital markets in one fashion or another for more than 30 years, working at economic consulting firms and global investment banks. After 14 years as the global head of currency strategy for Brown Brothers Harriman, Chandler joined Bannockburn Global Forex, as a managing partner and chief markets strategist as of October 1, 2018.
My articlesMy siteAbout meMy books
Follow on:TwitterLinkedINSeeking Alpha
Previous Equities and Bonds Sell-Off
Next HK Rallies and PBOC Cuts, US Stocks Stabilize