The US, China, and Russia: Grand Strategies Part 1

by
Marc Chandler
My articles My siteAbout meMy booksMy videos
Follow on:TwitterLinkedIN
Seeking Alpha
Summary:
China plays chess, it is said. America plays checkers. Can we get more banal or trite?  Democracy is always messy. The ancient Greeks and classical political philosophy did not think that the rule of many was sustainable. Therein is the American contribution to politics. Madison, in Federalist 10, outlines the view. The way to have a representative government over a large territory survive is to foster the conditions that prevent a permanent majority. Democracy is always a work in progress. When America was founded, only white men with property could vote. State legislatures elected senators. The franchise was widened, and it has taken a struggle each step along the way. In Political Economy of Tomorrow, I suggested the right to vote could be extended to 16-year-olds, as they have done 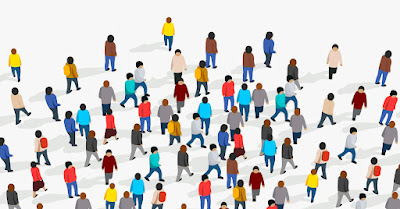 China plays chess, it is said. America plays checkers. Can we get more banal or trite?

Democracy is always messy. The ancient Greeks and classical political philosophy did not think that the rule of many was sustainable. Therein is the American contribution to politics. Madison, in Federalist 10, outlines the view. The way to have a representative government over a large territory survive is to foster the conditions that prevent a permanent majority.

Democracy is always a work in progress. When America was founded, only white men with property could vote. State legislatures elected senators. The franchise was widened, and it has taken a struggle each step along the way. In Political Economy of Tomorrow, I suggested the right to vote could be extended to 16-year-olds, as they have done in some places in Europe and some US states' primaries. New York City recently gave the right to vote in local elections to around 800,000 non-citizen residents.

Yes, there is a push back to restrict voting rights in many US states. Rearguard action is possible, which seeks to claw back previously secured gains. The 1965 Voting Rights Act protections are being tested, as are the rights recognized in the Roe vs. Wade decision and subsequent cases. Isn't that the story of the abandonment of Reconstruction with the Hayes-Tilden election in 1876? The civil and political rights enjoyed by freed slaves were reversed as Jim Crow laws were introduced. Democracy requires vigilance. That is not new.

As details come out of the lead-up to last year's storming of the Capitol, the fear of a "constitutional" coup has risen, not dissipated. Yet seemingly less appreciated has been the loss of support for the Democratic Party by independent and working-class voters. The old-fashioned way of achieving power in a representative government, namely securing a majority of voters, is what the Republicans are doing. The polls (and PredictIt.Org) show the Republicans probably winning control of both houses of Congress in this year's midterm elections. Surely, that is a more likely scenario than a coup. That said, Ray Dalio of Bridgewater is quoted on the news wires putting the odds at 30% that the US has a civil war in the next decade.

The populist moment that followed the Great Financial Crisis has passed. Populist forces captured center-right parties in the US and UK but mainly were relegated to minor party status throughout Europe. Democracy is alive and well, thank you very much. Its biggest threat may come as it has previously from the concentration of wealth and income, which, among other things, allow the state's levers to be used to protect entrenched interests.

Democracies are capable of introspection and renewal. "Making the World Safe for Democracy" was a great slogan, and the popular narrative has tried to resurrect it. The US convened a virtual summit for democracies recently. By not inviting Hungary (but welcoming Poland, which also has rule-of-law disputes with the EU), Washington put itself as the judge and the jury of what is a democracy. Incidentally, Hungary will hold parliamentary elections in April/May. One might have expected the Biden administration to cast as wide a net as possible to build its alliance.  And if Hungary does not meet the Biden administration's criteria for democracy, it not clear that Texas, with its effort to restrict voting and abortions, meets it.

To cast it as a battle between democratic and authoritarian regimes seems to obscure conflicting national interests. Imagine Russia was a genuine representative government. Imagine the dissident Navalny became president. Could he accept Ukraine or Georgia joining NATO? Xi appears to have rolled back much of Deng Xiaoping's political and economic reforms, but could any Chinese leader accept US troops in Taiwan even in an advisory status, whatever that really means (see Vietnam)? The US needs to distinguish between geographic self-interest and the particular regime of a competitor or adversary.

Not only is democracy always a work in progress, and a country may have geographic interests that transcend the domestic power organization, but not all countries that fail to live up to the US standards of democracy are a homogenous bloc.  It should not try to make them into one.

Jeanne Kirkpatrick was a Democrat when she wrote an essay in Commentary Magazine (November 1979): Dictatorships and Double Standards. She published a book with the same name in 1982. Her critique of Carter's foreign policy was compelling enough that she became a foreign policy adviser in Reagan's 1980 campaign, the first American woman ambassador to the UN in 1981. She became a Republican in 1985. Kirkpatrick drew a distinction between authoritarian and totalitarian regimes. The former, she argued, did not have complete command economies. Often, they were a mix of traditional (agriculture, landed elite) and private ownership. Totalitarian regimes were total state-driven command economies. Authoritarian regimes were capable of change. Totalitarian regimes, not so much, she argued.

Yet, glasnost and perestroika pursued by Gorbachev and the political and economic reforms associated with the post-Mao era led by Deng Xiaoping show that totalitarian regimes can also change

. However, political time, unlike that of physics, can go backward. We have noted the rearguard action in the US seeks to reverse the advancement of voting rights and the right to choose (abortion). Putin, who appears to be increasingly likely to grab another piece of Ukraine, is trying to resurrect the sphere of influence that the Soviet Union previously dominated. China's Xi has unwound many of Deng's reforms and has extended the state/Communist Party control.

The 20th Party Congress in the Soviet Union, held in February 1956, has a special place in history too. In a closed plenum, Khrushchev denounced Stalin's crimes. It was the first time. Khrushchev focused on Stalin's abuses of power over the Communist Party. Still, he had little to say about Stalin's mass terror campaign, brutal collectivization, or the deaths of Trotsky, Bukharin, and Zinoviev (other leaders of the 1914 revolution).

There is a telling allegory. After Khrushchev gets done with the list of Stalin's crimes, there is said to be a shout from the cavernous hall in which the plenum met, "And when all this was going on, where were you, Comrade Nikita?"  Khrushchev turns bright red. He scans the audience, but the bright light is on him, and he cannot see. Indignant, he cries out, "Who said that?"  There was dead silence. You could hear that proverbial pin drop. Finally, after about half of minute of total silence, Khrushchev punched his fist into the air and declared: "That is where I was."

Given the size and power of the US, the biggest external threat comes not from any one country but from an alliance of its enemies. There is no need to force together Russia and China. Nearly the only thing they have in common is their distaste for a world still dominated to a large measure by the US. China's Belt-Road Initiative penetrates into the belly of the former Soviet Union. As NATO spread west, China went into central Asia from the east. Meanwhile, Russia continues to sell weapons to India, much to the dismay of the US, which is trying to integrate India in its efforts to check China. India will use those weapons to help its border skirmishes with China and Pakistan.

He has been covering the global capital markets in one fashion or another for more than 30 years, working at economic consulting firms and global investment banks. After 14 years as the global head of currency strategy for Brown Brothers Harriman, Chandler joined Bannockburn Global Forex, as a managing partner and chief markets strategist as of October 1, 2018.
My articlesMy siteAbout meMy books
Follow on:TwitterLinkedINSeeking Alpha
Previous The US, China, and Russia: Grand Strategies Part 2
Next Turn Around Tuesday Began on Monday

The US, China, and Russia: Grand Strategies Part 2