Home / Marc Chandler / Could it be another Buy the Rumor Sell the Fact for the Dollar on the US Jobs Report?

Could it be another Buy the Rumor Sell the Fact for the Dollar on the US Jobs Report?

by
Marc Chandler
My articles My siteAbout meMy booksMy videos
Follow on:TwitterLinkedIN
Seeking Alpha
Summary:
Overview:  The focus is on the US employment report today to culminate the week that has seen a sharp backing up of interest rates, egged on by what were seen as hawkish FOMC minutes.  US equities, especially the high-flying tech sector, slumped amid the rising interest rates.  US shares pared losses late yesterday and those constructive impulses carried over into Asia Pacific trading today.  Although Japan and Taiwan markets fell, Hong Kong, South Korea, and Australia's bourses advanced by more than 1%. India is the big winner of the week, with its leading indices up over 2%.  Europe's Stoxx 600 is a little heavy today but is practically flat on the week.  US futures are a little firmer.  The US 10-year yield is around 1.72%, up about nine basis points this week.  European yields are 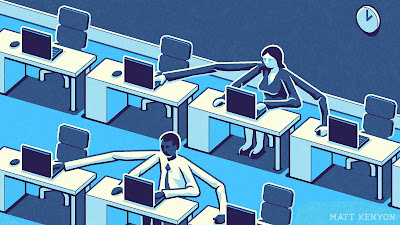 Overview:  The focus is on the US employment report today to culminate the week that has seen a sharp backing up of interest rates, egged on by what were seen as hawkish FOMC minutes.  US equities, especially the high-flying tech sector, slumped amid the rising interest rates.  US shares pared losses late yesterday and those constructive impulses carried over into Asia Pacific trading today.  Although Japan and Taiwan markets fell, Hong Kong, South Korea, and Australia's bourses advanced by more than 1%. India is the big winner of the week, with its leading indices up over 2%.  Europe's Stoxx 600 is a little heavy today but is practically flat on the week.  US futures are a little firmer.  The US 10-year yield is around 1.72%, up about nine basis points this week.  European yields are firmer, and core-peripheral spreads are widening.  This week, the Italian yield is up around nine basis points, while the yield on the German bund has risen six.  Gilts and Greek yields are up 18-19 bp this week.   The dollar is softer against most of the major currencies today, but the Australian dollar and Japanese yen.  On the week, the Antipodeans have borne the brunt of the greenback's gains, falling 1.1%-1.5%.  Sterling is the only major currency to be eking out a small gain (~0.1%).  Emerging market currencies have fared better than many would have expected given the rise in US yields.  The JP Morgan Emerging Market Currency Index is edging higher for the second day and is paring its losses to about 0.1%.  Gold is off 2% this week to end a three-week rally.  It is near yesterday's lows around $1790.  Oil is firm, with February WTI a little above $80, representing almost a 6.8% advance this week.  In late October it peaked a little over $82.   US natgas is firm and is up about 3.75% this week, the most since late November.  Europe's natgas is giving back yesterday's 2% gain but is still up almost 45% this week. Iron ore was softer in China today and gained about 5.2% this week.  Copper is heavier and is closing in on a 1.75% weekly loss, its first in five weeks.

Although the Japanese economic recovery is intact, today's November household spending and income data disappointed.  Consider that economists (median in Bloomberg's survey) expected household spending to rise 1.2% in November after falling for the past three months on a year-over-year basis.  Instead, it fell by 1.3%.  This seemed to be before the surge in the Omicron virus, and perhaps one of the headwinds came from the fact that real labor earnings fell for the third consecutive month and the 1.6% decline was larger than any economist in the Bloomberg survey anticipated.  It was the worst since December 2020.  Separately, Tokyo reported December core CPI (excludes fresh food) rose by 0.5% in December, the highest since February 2020.

Australia's largest state, New South Wales, which includes Sydney, is re-imposing social restrictions as Omicron surges. The social restrictions will run through at least January 27.  Although Omicron is proving less fatal, the sheer number of infections is very disruptive, taxing health care systems where many care givers themselves are sick. The disruption of airflights is similar.  In this respect, it is different than a year ago.  Learning to "live with Omicron" makes for a nice slogan, but the economic and social disruption is more than many expected.

The dollar broke higher against the yen on Tuesday and has been consolidating since.  The key, from a technical perspective, is that it continues to hold above the breakout, seen around JPY115.50.  There is an option for $2.6 bln at JPY116.00 that expires today.  So far, the session high is JPY116.05. The Australian dollar is soft but in a narrow range of less than a fifth of a cent range around $0.7160, where there is a A$2.4 bln option expiring today.  Nearby support is seen near $0.7135.  On the topside, $0.7200 offers resistance, and today, it may be reinforced by the expiration of A$1.4 bln options.   The greenback gained about 0.3% against the Chinese yuan yesterday, the most in a month, but is giving almost half back today.   In an usual development, the PBOC set the dollar's reference rate lower than the market (Bloomberg survey) projected (CNY6.3742 vs. CNY6.3748).  Separately, the PBOC reported China's reserves jumped by almost $28 bln to $3.25 trillion, the highest since November 2015.  The markets had projected an increase of around $8 bln.

The preliminary December eurozone CPI was firmer than expected.  Many had projected a slight decline, instead the headline crept up to 5.0% from 4.9%, and the core was unchanged at 2.6%.  On the month, prices rose by 0.4%.  The (Bloomberg survey) median anticipated a tick down to 2.5%.  Looking ahead to this month, the German VAT impact will drop out and this may help ease the year-over-year comparison.  There does not seem to be much of a policy implication.  The miss was not large, and the focus is on the balance sheet.  The ECB meets next on February 3.

On the other hand, eurozone November retail sales were better than predicted, rising by 1.0% rather than falling by 0.5%.  The October series was revised a little higher. On a year-over-year basis, EMU's retail sales rose 7.8%.  The social restrictions may have dampened retail sales in December.  Meanwhile, Germany and France reported poor November industrial output figures.  German industrial production was to have risen by 1% and instead fell by 0.2%.  French industrial output fell by 0.4% instead of rising by 0.5% as the median forecast had it.  Both countries also reported November trade figures.  The German surplus was smaller than expected on weaker exports and stronger imports.  The French deficit was nearly 2 bln euros more than economists (Bloomberg survey) projected.

US jobs are the highlight of the day. The median forecast in Bloomberg's survey has risen to 440k from 400k, perhaps encouraged by the higher-than-expected ADP estimate, despite lack of compelling statistical logic.  Fed Chair Powell has explained several times, that there is not one single statistic that does for the labor market what the Fed thinks headline PCE does for inflation.  Nevertheless, the non-farm payrolls still dominate the market's interest. Through November, payrolls added an average of 555k in 2021, but only averaged 378k in the past three months.  In the bigger picture, recall that employers shed 22.3 mln positions as the pandemic struck.  Through November 18.45 mln have been added back. Also, as we noted earlier, and it is worth repeating, the virus has thrown off the "typical" seasonal pattern and businesses have been more reluctant to participate.  One of the results is that the revisions have often been substantial.  Another dimension of the labor market that concerns businesses and policymakers is the participation rate.  It stood at 61.8% in November, and despite some fluctuation, it has been broadly sideways since April.  Before the pandemic, it was at 63.3%, and before the Great Financial Crisis it was at 66.4% (end of 2006).

Canada's December employment report is also on tap.  Canada lost just shy of three mln jobs when Covid hit.  Through November, Canadian businesses have added 3.17 mln jobs.  Canada breaks out full and part-time employment.  Full-time positions have also recouped all that were lost plus a little more.  Specifically, roughly 1.95 mln full-time positions were lost and subsequently there has been an increase of 2.07 mln full-time jobs.  Canada's participation rate stood at 65.3% in November and net-net, it is hardly changed since March (65.2%).   At the end of 2019, it stood at 65.5%, and at the end of 2006, it was 67%.

Under pressure from the IMF, Argentina hiked its key rate for the first time in a year.  The Liliq now stands at 40%, up from 38%.  Inflation is running near 50%.  Peru hiked for the sixth time in as many months.  The policy rate was hiked by 50 bp to 3%.  Inflation is more than twice as much (6.4% year-over-year last month), and the tightening cycle is set to continue.  Mexico reports December CPI today.  A small rise to 7.45% (from 7.37%) is projected by economists (median in the Bloomberg survey).  A larger than expected increase may encourage speculation that may raise rates 50 bp again when it meets on February 10, with Rodriquez chairing her first meeting.

After briefly poking above CAD1.28 yesterday, the US dollar reversed lower and fell to nearly CAD1.27 around midday.  It has traded in a narrow range since and has not been above CAD1.2735.  There is a $790 mln option at CAD1.27 that expires today.  Given this week's price moves, we wonder if a strong US jobs report has already been discounted, leaving the market vulnerable to "buy the rumor, sell the fact" type of activity.  The greenback also reversed its initial gains yesterday against the Mexican peso.  It spiked to above MXN20.76 before finishing near MXN20.5050.  Support is seen near MXN20.35.  The 200-day moving average is around MXN20.27 and the dollar has not traded below it since late October.

He has been covering the global capital markets in one fashion or another for more than 30 years, working at economic consulting firms and global investment banks. After 14 years as the global head of currency strategy for Brown Brothers Harriman, Chandler joined Bannockburn Global Forex, as a managing partner and chief markets strategist as of October 1, 2018.
My articlesMy siteAbout meMy books
Follow on:TwitterLinkedINSeeking Alpha
Previous Fed’s Minutes Roil Markets
Next Inflation and Geopolitics in the Week Ahead