Turn Around Tuesday Began on Monday

by
Marc Chandler
My articles My siteAbout meMy booksMy videos
Follow on:TwitterLinkedIN
Seeking Alpha
Summary:
Overview:  The recovery of the NASDAQ yesterday and the slight easing of the US 10-year Treasury yield is setting the stage for today's market moves.  That said, Japan's equities had to play catch-up after being on holiday yesterday and the yen's strength took a toll. Among the large Asia Pacific bourses, only Taiwan, South Korea, and Australia rose.  It is difficult to detect the impact of what appears to be the second test of North Korea's hypersonic missile in about a week.  Europe's Stoxx 600 is snapping a three-day decline with broad gains led by information technology and consumer discretionary sectors.  US futures are also trading modestly higher. After probing 1.8% yesterday, the US 10-year yield is flat near 1.76%.   European yields are narrowly mixed. The dollar is trading 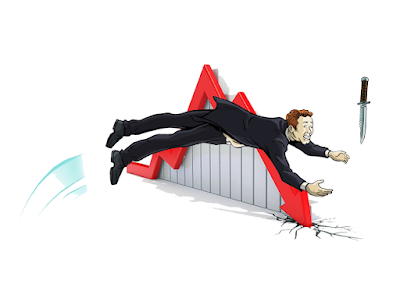 Overview:  The recovery of the NASDAQ yesterday and the slight easing of the US 10-year Treasury yield is setting the stage for today's market moves.  That said, Japan's equities had to play catch-up after being on holiday yesterday and the yen's strength took a toll. Among the large Asia Pacific bourses, only Taiwan, South Korea, and Australia rose.  It is difficult to detect the impact of what appears to be the second test of North Korea's hypersonic missile in about a week.  Europe's Stoxx 600 is snapping a three-day decline with broad gains led by information technology and consumer discretionary sectors.  US futures are also trading modestly higher. After probing 1.8% yesterday, the US 10-year yield is flat near 1.76%.   European yields are narrowly mixed. The dollar is trading heavier against all the majors but the yen and most emerging market currencies, except the Taiwanese dollar and Turkish lira.  The JP Morgan Emerging Market Currency Index is up small, which if sustained would be the third rise in four sessions.  Gold is higher for the third session and is back above the 200-day moving average (~$1801).  Last week's high was a little above $1830.  Oil is recovering from yesterday's setback and February WTI is again poised to challenge the $80-a-barrel level.  Natgas prices in the US and Europe are off more than 1%.   Iron ore jumped nearly 3% to recoup its past two sessions of losses plus some.  Copper is firmer to recover a little more than half of yesterday's 1.3% decline.

Japan continues to struggle against deflationary impulses seen clearly in the GDP deflator (-1.2% in Q3) and measures of CPI excluding fresh food and energy (-0.6% in November).  Wages have been flat for nearly 20 years.  However, a BOJ survey released earlier today showed that inflation expectations rose to their highest level in 13-years.  They see 5% inflation next year, according to the quarterly survey, and 3% a year on average over the next five years. There is some speculation that the BOJ will drop its characterization of downside risks for inflation at next week's policy meeting.

Australia reported November trade figures and retail sales.  The former disappointed while the later was twice as strong as expected.  Australia's trade surplus fell for the fourth consecutive month, and it may suggest that the positive terms of trade shock is easing.  The average monthly surplus through November last year was A$10.44 bln.  November's surplus was A$9.4 bln.  In the first 11 months last year, the average trade surplus was A$5.93 bln and in 2019 it was almost A$5.7 bln.  Separately, the retail sales soared by 7.3% month-over-month.  It followed a 4.9% rise in October and 1.3% in September. That provides an average in the past three months of 4.5%.  In the three months through August, Australian retail sales fell by an average of 2.1%, as the social restrictions and lockdowns pinched.

The dollar held JPY115.00 yesterday and so far, the recovery has been limited to slightly more than JPY115.40.  An option for around $440 mln at JPY115.50 expires today.  It appears that the dramatic slide in stocks overwhelms the impact of higher rates.  Consider that the 30-day correlation between the change in the exchange rate and change in the S&P 500 is near 0.6%, while the 100-day correlation is half as much.  The correlation of the change in the exchange rate and the change in the US 10-year yield has slipped to about 0.55% over the past 30 days.  The 100-day correlation was around 0.65% before Xmas.  The Australian dollar is firm within yesterday's range.  It is holding below $0.7200.  A move above there may encounter resistance near $0.7220. It appears to be a consolidative session.  The Chinese yuan edged a little higher, but it remains in last Thursday's range (~CNY6.3675-CNY6.3850).  The reference rate was set for the dollar a little softer than expected at CNY6.3684 (compared with the median projection in the Bloomberg survey for CNY6.3695).

US-Russian talks did not lead to a narrowing of the differences.  It seems clear that the key Russian demand is to be giving iron clad assurances that Ukraine (and Georgia) will never be allowed to join NATO.  So even if the other demands were met, without this one, Russia cannot be secure.  Talks continue today with NATO.

In a little less than two weeks, Italy's presidential selection process gets underway.  Italian politics is slowly making its way back into the market's field of vision.  The problem is that if Draghi becomes president, it leaves the premier role open.  Polls show the right League and Brothers of Italy could possibly secure it over the center-left PD.  The parties on the right tend to be more hostile to the EU.  If Draghi does not become president, the right may secure it for Berlusconi. Draghi, who is not leading a political party, would likely be out in next year's election.

Revelations about a party in 10 Downing Street May 2020 encouraged by PM Johnson hours after a social gathering were banned is the latest blow against the government.  The cavalier attitude and hypocrisy are undermining support for Johnson.  It is emboldening Labour, which is running ahead in some polls.  Labour is taking the initiative and is forcing a parliament debate on dropping the sales tax on energy bills.

The euro has been confirmed to about a third of a cent in the upper half of yesterday's range.  The North American market took the euro toward the lower end of its recent range (~$1.1270).  The market seemed to have plenty of reasons to unwind the post-US jobs data gains, but it snapped back and settled above $1.13.  Today's high is slightly above $1.1350.  It pulled back in early European turnover but looks poised to test the highs again.  Still, given the more aggressive Fed posture being discounted, the political backdrop with Russia and Italy, we continue to think the euro is vulnerable.  Sterling is trying to establish a foothold above $1.36.  It reached $1.3620 in late Asia, its best level since November 4 before the BOE's disappointment (stood pat).  There has been no follow-through buying in the European morning.  Initial support is seen near $1.3580.  Sterling's outperformance has seen the euro slip to new lows since February 2020.

The Fed's Vice Chairman Clarida is stepping down at the end of this week, a couple weeks before his term ends.  He already has a teaching gig lined up.  Although no official reason was given for the early departure, many are linking it to new disclosures that he first sold $1-$5 mln of an equity fund and then bought it back a couple days later, just before the Fed announced emergency measures to combat the disruption trigged by the pandemic.  At first the Fed had said it was a pre-scheduled rebalancing, but it appears to be more than that now.  He is the third Fed official to resign under such a cloud.  No doubt the issue will be raised in Powell's confirmation hearings today.  While the focus is on Fed officials, note that members of the House of Representatives, Senators, and judges (and their immediate families) are not held as high a standard as Fed officials.  Meanwhile, President Biden is expected to announce additional nominations to the Federal Reserve board shortly. FOMC voting members and perceived hawks Mester and George also speak today, before Powell's testimony.

The US and Canada have light data calendars today, while Mexico reports November industrial output (0.6% expected the same as October) and Brazil reports IPCA inflation (which is expected to have eased for the second consecutive month).  The market has almost 300 bp of tightening by Brazil discounted over the next three months.  This seems to imply two more 150 bp hikes.  While the first, on February 2 has been pre-committed, the second one seems somewhat less likely.  Note that the swaps curve is pricing in a cut in the second half of the year.

The US dollar bounced from CAD1.26 yesterday, which we suggest is the potential neckline of a head and shoulders topping pattern that would project toward CAD1.2250.  The bounce carried the greenback to almost CAD1.27, but its now back to around CAD1.2640. The intraday momentum indicators suggest CAD1.26 is safe for another day.  The greenback is pinned near its recent trough against the Mexican peso.  The low on New Year’s Eve was about MXN20.3270.  Today's low is slightly below MXN20.36.   Dollar bounces toward MXN20.50 last Friday and yesterday were sold.  The 200-day moving average may be the next downside target.  It is near MXN20.2750.

He has been covering the global capital markets in one fashion or another for more than 30 years, working at economic consulting firms and global investment banks. After 14 years as the global head of currency strategy for Brown Brothers Harriman, Chandler joined Bannockburn Global Forex, as a managing partner and chief markets strategist as of October 1, 2018.
My articlesMy siteAbout meMy books
Follow on:TwitterLinkedINSeeking Alpha
Previous The US, China, and Russia: Grand Strategies Part 1
Next How the Market Responds to US CPI may set the Near-Term Course