by
Marc Chandler
My articles My siteAbout meMy booksMy videos
Follow on:TwitterLinkedIN
Seeking Alpha
Summary:
Overview:  The absence of negative developments surrounding Omicron over the weekend appears to be helping markets stabilize today after the dramatic moves at the end of last week.  Asia Pacific equities traded heavily, and among the large markets, only South Korea and Australia escaped unscathed today.  Europe's Stoxx 600 is trading higher, led by energy, financials, and materials.  US futures are narrowly mixed.  Similarly, Asia Pacific bonds played a little catch-up with the large Treasury rally ahead of the weekend.  The US 10-year had approached 1.30% but is now up almost four basis points to almost 1.39%.  European yields are also a little firmer, though Italian bonds are outperforming after the pre-weekend credit upgrade by Fitch. The dollar is mixed.  The yen and Swiss franc are 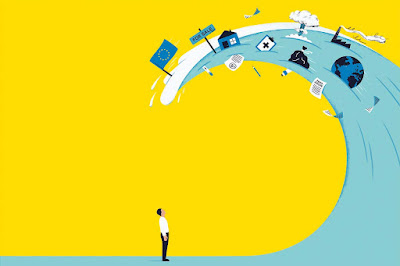 Overview:  The absence of negative developments surrounding Omicron over the weekend appears to be helping markets stabilize today after the dramatic moves at the end of last week.  Asia Pacific equities traded heavily, and among the large markets, only South Korea and Australia escaped unscathed today.  Europe's Stoxx 600 is trading higher, led by energy, financials, and materials.  US futures are narrowly mixed.  Similarly, Asia Pacific bonds played a little catch-up with the large Treasury rally ahead of the weekend.  The US 10-year had approached 1.30% but is now up almost four basis points to almost 1.39%.  European yields are also a little firmer, though Italian bonds are outperforming after the pre-weekend credit upgrade by Fitch. The dollar is mixed.  The yen and Swiss franc are the heaviest, while the Scandis lead the advancers.  Among the emerging market currencies, most liquid and freely accessible currencies are higher, while India, Indonesia, and Turkey are trading lower.  The JP Morgan Emerging Market Currency Index has a four-week drop in tow and is starting the new week with a small gain.  Gold initially moved higher but is now little changed.  Iron ore and copper remain firm.  January WTI is trading firmly within the pre-weekend range, while natural gas, which collapsed by 24% in the US last week, extended its sell-off today.  European natural gas (Dutch benchmark) is trading lower after rising for the past five weeks.

As tipped by Chinese Premier Li last week, the PBOC cut reserve requirement by 0.5%.  This frees up an estimated CNY1.2 trillion.  Many market participants had anticipated the timing to help banks pay back borrowing from the Medium-Term Lending Facility.  Banks owe about CNY950 bln on December 15 and another CNY500 bln on January 15.   Separately, several property developers have debt serving payments due and Evergrande is at the end of a grace period today.  Lastly, the US and a few other countries are expected to announce a diplomatic boycott of the Winter Olympics.  This is seen as largely symbolic as few diplomats were going to attend due to the severe quarantine imposed by Chinese officials.

China needs bargaining leverage if it is going to influence US policy.  It might come from an unexpected source.   While recent press reports focused on China's attempt to project its power into Africa, they have missed a potentially more impactful development.  Consider the Caribbean, which the US often acts as if it is theirs.  Barbados became a constitutional republic last week, though it is still a member of the UK Commonwealth.  The left-of-center government is friendly toward Beijing.  Under the Belt Road Initiative, Barbados and Jamaica have received several billion dollars from China.  Moreover, a recent US State Department report found that the two countries have voted against the US around 75% of the time at the UN last year.

This week, the regional highlights include the Reserve Bank of Australia (outcome first thing tomorrow in Wellington) and the Reserve Bank of India (December 8).  The RBA may revise up its economic outlook, yet, it is likely to continue to push against market expectations for an early hike.  The derivatives market appears to have the first hike priced in for late next summer.    India is expected to be on hold until early next year but could surprise with a hike.  China is expected to report trade figures tomorrow and the November CPI and PPI on Wednesday.  Lending figures may be released before the weekend.  Japan's highlights include October labor earnings and household spending tomorrow, the current account, and the final Q3 GDP on Wednesday.

The dollar's range against the yen on November 30 (~JPY112.55-JPY113.90) remains dominant.  It has not traded outside of that range since then.  The rise in US yields and equities has helped the dollar regain a toehold above JPY113.00.  The pre-weekend high was near JPY113.60, which might be too far today.  The Australian dollar traded below $0.7000 before the weekend and again today, but the selling pressure abated, and the Aussie has traded to about $0.7040. A band of resistance from $0.7040 to $0.7060 may be sufficient to cap it today.   The dollar has been in essentially the same range against the Chinese yuan for three sessions (~CNY6.3670-CNY6.3770).  If the dollar cannot get back above CNY6.38, a new and lower range will appear to be established.  The PBOC set the dollar's reference rate at CNY6.3702.  The market (Bloomberg median) had projected CNY6.3690.

Germany's new government will take office in the middle of the week.  It has three pressing challenges.  First is the surge in Covid, even before the Omicron variant was detected.  Second, the economy is weak.  Last week's final PMI reading picked up some deterioration since the flash report and the 0.2% gain in the composite PMI more than offset the 10.0 point fall in the previous three months. Third, today Germany reported dreadful factory orders.  The market had expected a slight pullback after the 1.3% gain in September.  The good news is that the September series was revised to a 1.8% gain.  However, this is more than offset by the 6.9% plummet in October orders.  If there is a silver lining here, it is that domestic orders rose 3.4% after falling in August and September.  Foreign orders plunged 13.1%, and orders from the eurozone fell by 3.2% (after falling 6.6% in September).  Orders outside the euro area collapsed by 18.1%.  The sharp drop in factory orders warns of downside risk to tomorrow's industrial production report.  Industrial output fell by 3.5% in August and 1.1% in September. Before today's report, economists were looking for a 1% gain.  Germany also reports the December ZEW survey tomorrow. Again, sentiment is expected to have deteriorated.  The third issue is Russia.

Reports suggest the US has persuaded Europe that Russia is positioned to invade Ukraine early next year.  US intelligence assessment sees Russia planning a multifront offensive.  Putin and Biden are to talk tomorrow.  Meanwhile, Putin makes his first foreign visit today in six months.  He is in India.  India is buying an estimated $5 bln of Russian weapons, including the S-400 anti-aircraft system that Turkey purchased to the dismay of Washington, which banned it from the F-35 fighter jet program.  India is a member of the Quad (with the US, Japan, and Australia), a bulwark against China.  A Russian official was quoted in the press claiming India sent a strong message to the US that it would not tolerate sanctions against it.  The regional alliances are blurry, to say the least. The US maintains ties with Pakistan.  India has had border skirmishes with China.  Russia and China have joint military exercises.

Before the weekend, Fitch upgraded Itay's credit rating one notch to BBB.  It cited the high vaccination rate, increased public and private spending, and confidence in the Draghi-led government's ability to spend the 200 bln euro funds from the EC prudently.  Recall that last week's composite PMI rose to 57.6 to snap a two-month decline.  The market (Bloomberg median) sees the Italian economy as one of the strongest in Europe this year, expanding around 6.3%.  The IMF sees it at 5.8%.

The euro has been confined to about a quarter-cent range on both sides of $1.1300.  It is within the pre-weekend range (~$1.1265-$1.1335).  It was offered in Asia and turned better bid in the European morning.  Still, the consolidative tone is likely to continue through the North American session.  A move above the 20-day moving average (~$1.1335), which has not occurred for over a month, would help lift the technical tone.  Sterling tested $1.3200 before the weekend, and it held.  The steadier tone today saw it test the $1.3265 area.  It will likely remain in its trough today, though a move above the $1.3280-$1.3300 area would be constructive.

Today's US data includes the "final" look at Q3 productivity and unit labor costs.  These are derived from the GDP and are typically not market-movers.  The US also reported that the October trade balance and improvement have been tipped by the advance merchandise trade report.  October consumer credit is due late in the session, and another hefty rise is expected ($25 bln after nearly $30 bln in September.  Consumer credit has risen by an average of $20.3 bln this year.  It fell last year and averaged $15.3 bln in the first nine months of 2019.  No Fed officials speak this week, and the economic highlight is the November CPI report at the end of the week.

Canada reports October trade figures and IVEY survey tomorrow.  The highlight of the week is the Bank of Canada decision on Wednesday.  It is not expected to do anything, but officials will likely be more confident in the economic recovery, especially after the very strong jobs report before the weekend.  The Canadian dollar's challenge is that the market has five hikes already discounted for the next 12 months.

Mexico reports November vehicle production and exports today.  The economic highlights come in the second half of the week.  November CPI on Thursday is expected to see the headline rate rise above 7%.  Last month alone, consumer prices are projected to have risen by 1%.  On Friday, Mexico is expected to report that industrial output rose by 0.9% in October after falling 1.4% in September.  Brazil reports its vehicle production and exports today and October retail sales on Thursday before the central bank meeting.  A 150 bp increase in the Selic rate, the second such move in a row, has been tipped and will put the key rate at 9.25%.  Ahead of the weekend, the IPCA measure of inflation is due.  It is expected to have ticked up closer to 11% (from 10.67%).  Lastly, we note that Peru is expected to deliver another 50 bp increase to its reference rate on Thursday, which would lift it to 2.5%.

The US dollar posted an outside up day against the Canadian dollar ahead of the weekend.  The risk-off mood overwhelmed the positive implications of the strong jobs data.  There has been no follow-through selling of the Canadian dollar today.  The pre-weekend US dollar low near CAD1.2745 is key.  Last Wednesday's range remains intact for the greenback against the Mexican peso (~MXN21.1180-MXN21.5150).  So far today, it has been confined to the pre-weekend range.   Initial support is seen near MXN21.16.  The cap around MXN21.50 looks solid.  Meanwhile, the US dollar closed above BRL5.60 for six consecutive sessions coming into today.

He has been covering the global capital markets in one fashion or another for more than 30 years, working at economic consulting firms and global investment banks. After 14 years as the global head of currency strategy for Brown Brothers Harriman, Chandler joined Bannockburn Global Forex, as a managing partner and chief markets strategist as of October 1, 2018.
My articlesMy siteAbout meMy books
Follow on:TwitterLinkedINSeeking Alpha
Previous Aussie Slumps below $0.7000 and the Loonie Can’t Sustain Upticks Despite a Monster Jobs Report
Next Animal Spirits Roar Back