The Greenback Finds Traction ahead of the Jobs Report

by
Marc Chandler
My articles My siteAbout meMy booksMy videos
Follow on:TwitterLinkedIN
Seeking Alpha
Summary:
Overview:  The Omicron variant has been detected in more countries, but the capital markets are taking it in stride.  Risk appetites appear to be stabilizing.  The MSCI Asia Pacific Index rose for the third consecutive session, though Hong Kong and Taiwan markets did not participate in the advance today.  Europe's Stoxx 600 is struggling to hold on to early gains, while US futures are narrowly mixed.  The US 10-year yield is a little near 1.43%, down around six basis points this week.  European yields are slightly softer. Core yields are off 5-6 bp this week.  The dollar is firm ahead of the jobs data.  The Antipodeans and Swedish krona are the heaviest, falling around 0.6% through the European morning.  The Swiss franc and euro are up about 0.1% and are the most resilient so far today. 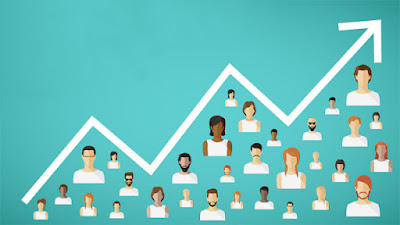 Overview:  The Omicron variant has been detected in more countries, but the capital markets are taking it in stride.  Risk appetites appear to be stabilizing.  The MSCI Asia Pacific Index rose for the third consecutive session, though Hong Kong and Taiwan markets did not participate in the advance today.  Europe's Stoxx 600 is struggling to hold on to early gains, while US futures are narrowly mixed.  The US 10-year yield is a little near 1.43%, down around six basis points this week.  European yields are slightly softer. Core yields are off 5-6 bp this week.  The dollar is firm ahead of the jobs data.  The Antipodeans and Swedish krona are the heaviest, falling around 0.6% through the European morning.  The Swiss franc and euro are up about 0.1% and are the most resilient so far today.   The JP Morgan Emerging Market Currency Index is trading lower for the third session and is set to extend its losing streak for the fourth consecutive week.  Accelerating inflation is the latest drag on the Turkish lira.  The 0.6% decline today brings the week's drop to around 10.5%.  Gold is little changed within yesterday's range.  Last week, it settled a little above $1802.  Now it is below $1775  Oil is extending yesterday's recovery. Although OPEC+  unexpectedly stuck with plans to boost output by 400,000 barrels a day next month, it warned it could change its collective mind at any point.  January WTI recovered from around $62.40 yesterday to close at $66.50.  It is trading close to $68.20 before US markets open.  US natural gas fell nearly 25.5% over the past four sessions but is bouncing by around 3.7% today. European gas (Dutch) is stabilizing after yesterday's 5.6% decline.  Still, it is posting gains for the fifth consecutive week and is up more than 35% over the run.  Iron ore and copper prices are little changed.

At the same time that Chinese officials are cracking down on the "variable interest entity" form of offshore listings for domestic companies, the US SEC is moving to enforce the 2002 laws that require foreign companies to allow greater scrutiny by US regulators.  Didi, the ride-hailing service, which listed in the US over local official objections, is now in the process of reversing itself.  The press reports that China and Hong Kong companies are the only ones to refuse to acquiesce to US demands.  This seems to be another facet of the decoupling meme.  Note that the NASDAQ Golden Dragon Index that tracks 98 Chinese companies listed in the US has fallen for five consecutive sessions coming into today, for a cumulative loss of about 10%.

China's Caixin service PMI was weaker than anticipated at 52.1, down from 53.8.  This, coupled with the softer manufacturing reading, shaved the composite to 51.2 from 51.5.   In contrast, Japan and Australia's flash service and composite PMIs were revised higher.  In Japan, the service PMI was revised to 53.0 from 52.1 and 50.7 in October.  The composite was revised to 53.3 from 52.5, to rise for its third consecutive month.  Australia's service PMI stands at 55.7, up from the flash reading of 55.0 and 51.8 in October.  The composite PMI is at 55.7, its third consecutive monthly rise as well.  Japan and Australia's PMI contrasts with the disappointment in China and Europe, and the US. This is because they are recovering from the long emergency (Japan) and lockdowns (Australia).

Trading remains choppy, and market confidence is fragile.  The dollar remains in the range set against the yen on Tuesday((~JPY112.55-JPY113.90).  Today's high has been just below JPY113.50, where options for $520 mln expire today.   Options for around $1.3 bln at JPY113.00 also will be cut today.  The greenback settled last week slightly below JPY113.40.  The Australian dollar has been sold to new lows for the year a little lower than $0.7050.  We have noted that this area corresponds to the (38.2%) retracement of the Aussie's rally from the March 2020 low near $0.5500.  The next area of support is seen around $0.7000.  It is the fifth consecutive weekly decline that began in late October above $0.7500.  The US dollar's two-day rise against the Chinese yuan is ending with a minor loss today. Similarly, the greenback posted gains for the past two weeks and has given it all back this week.  The PBOC set the dollar's reference rate at CNY6.3738, just below the median (Bloomberg survey) projection of CNY6.3740.   Offshore investors appear to have bought the most Chinese stocks today via the connect-link in a couple of weeks.  Also, note that China extended the tax exemption for foreign institutional investors from the interest tax through the end of 2025.

German and French PMIs were revised lower, while Spain and Italy surprised on the upside.  The revisions shaved the gains initially reported for the service and composite PMIs.  Still, the German composite rose for the first time in four months to stand at 52.2 from 52.0.  The French composite PMI stands at 56.1, up from 54.7.  It is the first increase since June.  Separately, France reported a 0.9% rise in October industrial output, which is better than expected, but the September contraction was revised to -1.5% from -1.3%.

Spain's service PMI rose to 59.8 from 56.6 and was well above expectations.  The composite reading is 58.3, up from 56.2.  It is the first gain in five months and is the highest since August.  Italy's service PMI rose to 55.9 from 52.4.  Economists had expected something closer to 54.5.  The composite rose to 57.6 from 54.2.  It has softened in September and October, and the November reading is the best since August.

The UK's service and composite PMI were revised to show a slightly larger decline than initially seen in the flash report.  The service PMI slipped to 58.5, from 58.6 preliminary estimate and 59.1 in October.  The composite PMI was shaved to 57.6 from the 57.7 initial estimate and 57.8 in October.  The November weakness was disappointing after rising in September and October to snap a three-month decline.  The December short-sterling interest rate futures consolidated in a choppy activity this week after the implied yield fell for eight consecutive sessions previously.  The market is discounting about a 1 in 3 chance of a hike at the BOE meeting on December 16.

Fully cognizant of the irony here, but barring a shockingly poor report, today's US employment data may have little last impact on the market.  If there was any doubt about it before, since Federal Reserve Chair Powell spoke, there isn't.  The Fed has shifted from helping to facilitate recovery to preventing inflation expectations from getting entrenched.  That means that even a mediocre report today will be overshadowed by next week's CPI, which will likely show that inflation is still accelerating.  Conventional wisdom holds that the White House prefers doves at the Fed, but that does not hold now.  President Biden's public approval rating is low, and the Vice President's is lower still. Polls suggest that inflation is a knock against the administration.  When Biden announced the re-nomination of Powell and Brainard's nomination to Vice-Chair, both candidates reaffirmed their commitment to combat inflation.  What is true of the employment data also holds for the final services and composite PMI, factory orders, and the service ISM.  There may be headline risk but little implication for policy.  The Senate passed the stop-gap measures to keep the federal government funded through February 18.  Meanwhile, the debt ceiling is expected to hit between December 21 and late January.

Canada's labor market has recovered quicker than the US.  Today's another constructive report will likely solidify expectations that the Bank of Canada may hike rates in the March-April period.  The Bank of Canada meets next week.  Of course, it may be cautious with the unknowns surrounding the Omicron variant, but the economic recovery is solid after the weakness in Q2.  Trade tensions with the US are rising.  The US doubled its anti-dumping and countervailing tariffs on Canadian softwood imports (almost 18%).  US January lumber prices were limit up ($45) Wednesday and yesterday and have risen by more than 19% so far this week to reach five-month highs. There is a dispute over Canadian potato exports as well.  There are also disputes over some US initiatives' "Buy American" thrust, including electric vehicles.

The US dollar is at its best level against the Canadian dollar since late September.  It is pushing near CAD1.2840. The September high was closer to CAD1.29, and the late August high, which is also the high for the year, was near CAD1.2950. Barring a reversal, this will be the sixth consecutive week of the greenback's gains.  The swaps market has the first hike discounted for March 2022.  The US dollar began the week with a seven-day advance against the Mexican peso in tow.  It ended with a 1%+ pullback on Monday and again on Tuesday.  It consolidated Wednesday and fell another 1%+ yesterday.  It is little changed today near MXN21.29.  Next week, the November CPI will be reported.  It looks set to accelerate from about 6.25% to around 7.25%.  The central bank meets on December 16, after the FOMC meeting.  A 25 bp rate hike is the consensus, but an argument can be made for a 50 bp increase from the current 5.0% target.

He has been covering the global capital markets in one fashion or another for more than 30 years, working at economic consulting firms and global investment banks. After 14 years as the global head of currency strategy for Brown Brothers Harriman, Chandler joined Bannockburn Global Forex, as a managing partner and chief markets strategist as of October 1, 2018.
My articlesMy siteAbout meMy books
Follow on:TwitterLinkedINSeeking Alpha
Previous Calm Surface Masks Lack of Conviction
Next US CPI to Accelerate, while Omicron adds Color to Covid Wave that was Already Evident