Aussie Slumps below $0.7000 and the Loonie Can’t Sustain Upticks Despite a Monster Jobs Report

by
Marc Chandler
My articles My siteAbout meMy booksMy videos
Follow on:TwitterLinkedIN
Seeking Alpha
Summary:
The US dollar rose to new highs for the year last week against sterling, the Australian dollar, the New Zealand dollar, and the Norwegian krone.  In late November, the greenback recorded the high for the year against the euro, yen, and Swedish krona.  The high for the year was recorded in April against the Swiss franc and in August against the Canadian dollar.  The greenback remained resilient in the face of some disappointing elements of the jobs report.  The establishment survey found only 210k people were added to the payrolls, less than half of the 550k expected (median forecast in Bloomberg's survey) and the least this year.  The September and October series were revised up by 82k, with the bulk in September (+67k ), not October (+15k). The economic impact is likely mitigated by two 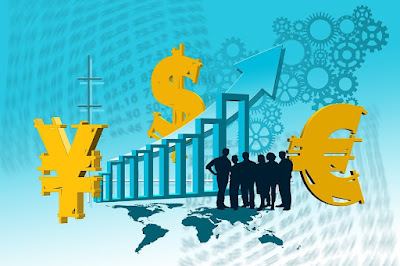 The greenback remained resilient in the face of some disappointing elements of the jobs report.  The establishment survey found only 210k people were added to the payrolls, less than half of the 550k expected (median forecast in Bloomberg's survey) and the least this year.  The September and October series were revised up by 82k, with the bulk in September (+67k ), not October (+15k). The economic impact is likely mitigated by two considerations. First, the six-minute increase in the hours worked is material when considering the number of workers.  Also, the household survey was considerably stronger.  It showed unemployed fell by 542k.  The unemployment rate tumbled to 4.2% from 4.6% even though the participation rate rose to 61.8% from 61.6%.  At the end of 2019, the unemployment rate stood at 3.6%, and the participation rate was at 63.3%.

The Federal Reserve has shifted its posture toward warding off inflation from becoming entrenched. It is confident that the economy is recovering from the soft patch in Q3 that saw 2.1% growth at an annualized rate.   The labor market continues to heal and the jobs report was sufficiently strong, though the headline non-farm payrolls disappointed, to sustain the Fed's pivot.  Job growth has averaged 555k through November and was 590k on average through October.  Inflation (CPI and PCE deflator) likely accelerated in November. Despite the new uncertainties surrounding Covid, we continue to expect the Fed to accelerate its tapering to give itself more freedom to respond to economic developments.

Dollar Index:  The Dollar Index found support near the (38.2%) retracement (~95.55) of the leg up that began at the end of October.  It was also slightly above the 20-day moving average, which DXY has not closed below for a month.  The range set on November 30 (~95.50-96.65) continues to confine the price action.  We are inclined to respect the direction of the breakout from that range and expect it to be on the upside.  That said, the MACD and Slow Stochastics have turned lower.

Euro: The euro's bounce also stalled at the (38.2%) retracement of the decline that began in late October and near the 20-day moving average, which the euro has not closed above since October 3. The 20-day moving average begins the new week near $1.1350.  For the last three sessions, it has been consolidating within the range set on November 30 (~$1.1235-$1.1385) and recording lower highs and lows.  The momentum indicators are rising, and some may see the recent price action as a flag or pennant formation, which tend to be continuation patterns, and in this case, bullish.  Year-end considerations and our anticipation that US inflation accelerated last month make us more skeptical about the euro's upside. The euro fell to new six-year lows against the Swiss franc ahead of the weekend (CHF1.0375).  There is some old congestion between CHF1.0235 and CHF1.03 from Q2 15 that may come into play.

Japanese Yen:   The dollar fell from JPY115.50, a four-year high, to almost JPY112.50, almost a two-month low, in five sessions.  The heavy tone to stocks and the US 10-year yield seemed to help cap the dollar's recovery to the JPY113.60 area.  The 10-year Treasury yield fell through 1.40% before the weekend for the first time since September 23 after the disappointing job growth and sell-off in US stocks. The 30-year yield fell below 1.70% for the first time since January 5.  This pushed the dollar back toward the lows near JPY112.55.  The November 30 range is important with this pair, too (~JPYJPY112.55-JPY113.90). The MACD is poised to turn higher, but the Slow Stochastic is still falling and is not in oversold territory yet.  For nearly two months, since the dollar moved above JPY112.00, we have suggested it is in a JPY113-JPY115.00 trading range.  While this has confined most of the price action, the volatility is higher.  Three-month implied volatility rose to the year's highs above 8% in late November and finished last week near 7.2%.  It was mostly below 6% from mid-May through mid-October.  So far, the JPY112.50-JPY115.50 range is holding. A break of JPY112.50 risks a test on JPY112.00.

British Pound:  While the Federal Reserve seems undeterred by the Omicron variant, the Bank of England appears less inclined to raise rates at its December 16 meeting.  Ahead of the weekend, the implied yield of this month's short-sterling futures contract fell to its lowest level in nearly three months.  Sterling finished the week softly, near the year's low set on November 30, slightly below $1.3200. The $1.3165 area corresponds to the (38.2%) retracement of sterling's rally from the March 2020 low (~$1.14).  The Slow Stochastic has turned up, but the MACD is still edging lower to new lows for the year.  A convincing break could spur a quick test on the $1.3100-$1.3130 area, but stronger support is around $1.30.  Some pressure on cable may be coming from the cross.  The euro had forged a bottom below GBP0.8400 (the low since February 2020) in the second half of November.  It peaked last week near GBP0.8540 and retested it ahead of the weekend.  A downtrend line through the late September high and the early November highs begins next week near GBP0.8545.  The 200-day moving average is a little higher, around GBP0.8560.  Last month's high was almost GBP0.8600.

Canadian Dollar:  A unexpectedly strong employment report failed to bolster the Canadian dollar very much, which seems to be a testimony to the greenback's broad strength.  Before the jobs report, the Canadian dollar had traded at its lowest level since late September.  Canada reported it grew almost 154k jobs in November, of which nearly 80k for full-time positions. Remember, proportionately, the Canadian economy is about 1/11 the size of the US economy. The participation rate was steady at 65.3%, but the unemployment rate tumbled to 6.0% from 6.7%.   The Bank of Canada meets next week, and the jobs report can only bolster confidence about the economic recovery.   The implied yield of the March BA futures rose seven basis points to its highest level since Omicron was sequenced. Canada's two-year premium over the US still narrowed (slightly)last week.  It was the fifth consecutive week the premium has been reduced. The US dollar traded to CAD1.2845 before the jobs report.  After falling to about CAD1.2745, it recovered to nearly CAD1.2820.  The MACD and Slow Stochastic are stretched but show little sign of turning, but the upside momentum appeared to be stalling as new dollar upticks were marginal and hard-pressed to secure.  The high from the second half of September was close to CAD1.2900, while the August high, and high for the year, is near CAD1.2950.   A break of CAD1.2700 is needed to signal anything of importance.

Australian Dollar:  The Australian dollar fell 1.7% for the second consecutive week as part of the five-week slide that has seen it shed more than a nickel (~6.7%).  It fell through the (38.2%) retracement objective of the rally from the March 2020 low (~$0.5500) around $0.7055 and slipped through $0.7000 ahead of the weekend.   Below the $0.7000 area, some congestion extends to around $0.6960.  The (50%) retracement objective of the big moe is found close to $0.6760.  Australia's two-year premium over the US peaked at the end of October, near 27.5 bp.  It has trended lower for the past five weeks and finished the week slightly above seven basis points.  The momentum indicators are mixed.  The Slow Stochastic had looked to be trying to curl higher. The MACD is stretched but still headed South.  A note of caution comes from the lower Bollinger Band (~$0.7020), which the Aussie closed below.  Initial resistance is likely in the $0.7050 area.

Mexican Peso: The US dollar ended its seven-day advance on Monday.  It fell by a little more than 1% on Monday and again on Tuesday.  It chopped in the second half of the week between around MXN21.12 to MXN21.50.  It finished the week near MXN21.28, about 2.9% lower, and the first weekly loss in four.  The momentum indicators are headed lower, but we like the greenback higher, and a move through MXN21.50 would be constructive.  It either advances on risk-off impulses generated by falling stocks or rises on the back of accelerated Fed tapering.  On the other hand, a break below MXN21.00 would weaken the greenback's technical outlook. The JP Morgan Emerging Market Currency Index fell for the fourth consecutive week.  It has risen in only two weeks since the September FOMC meeting that clearly put tapering on the table.  Mexico's CPI will be reported on December 9, and it is expected to have accelerated above 7%.  With a weak economy, the lack of fiscal support, and the year-to-date inflation of 5.6% through October, the central bank is not expected to accelerate its hikes. It has hiked rates four times beginning in June for 100 bp but does not seem inclined to move faster.

Chinese Yuan:  The dollar fell by about 0.25% against the Chinese yuan last week.  It was the first decline in three weeks and offset the previous two in full.  Ahead of the weekend was another unusual occurrence in which the PBOC set the dollar's reference rate lower (albeit slightly) than the median forecast in the Bloomberg survey.  The dollar posted its lowest close in three years on November 30, near CNY6.3645.  However, the intraday low was set at the end of May around CNY6.3570.  It is significant in trying to determine what is happening.  On the one hand, the idea that is the dollar is falling raised concerns about how Beijing would respond with recollections of 2018 when it sought to devalue.  On the other hand, if the dollar-yuan exchange rate is really going broadly sideways, the story may have a different ending.  Consider that from late June through the end of August, it traded roughly between CNY6.45 and CNY6.50.  In September, it began transitioning into a new range.  It seems to be roughly CNY6.36-CNY6.41, though it closed only once last month above CNY6.40.  Officials have warned banks and investors to be careful of a one-way market.  Premier Li has suggested a cut in reserve requirements to help small and medium businesses is likely.  The divergence of monetary policy could weigh on the yuan.  The yuan's strength is particularly pronounced on a trade-weighted basis, and therein lies the challenge for the PBOC is a strong dollar environment.  By shadowing the dollar, it is appreciating on a trade-weighted basis, where it reached multi-year highs at the end of November.

He has been covering the global capital markets in one fashion or another for more than 30 years, working at economic consulting firms and global investment banks. After 14 years as the global head of currency strategy for Brown Brothers Harriman, Chandler joined Bannockburn Global Forex, as a managing partner and chief markets strategist as of October 1, 2018.
My articlesMy siteAbout meMy books
Follow on:TwitterLinkedINSeeking Alpha
Previous US CPI to Accelerate, while Omicron adds Color to Covid Wave that was Already Evident
Next Semblance of Stability Returns though Geopolitical Tensions Rise

In search of the next bearish catalyst