by
Marc Chandler
My articles My siteAbout meMy booksMy videos
Follow on:TwitterLinkedIN
Seeking Alpha
Summary:
Overview:  A return of risk appetites can be seen through the capital markets today, arguably encouraged by ideas that Omicron is manageable and China's stimulus.  Led by Hong Kong and Japan, the MSCI Asia Pacific rose by the most in three months, while Europe's Stoxx 600 gapped higher, leaving a potentially bullish island bottom in its wake.  US futures point to a gap higher opening when the local session begins.  The bond market is taking it in stride.  The US 10-year Treasury is slightly firmer at 1.44%, while European yields are 1-3 bp higher.  The dollar-bloc currencies and Norway are leading the move higher among most major currencies.  The yen and euro are softer.  Sterling struggles to sustain upticks. Among emerging markets currencies, the Turkish lira is bouncing, while most 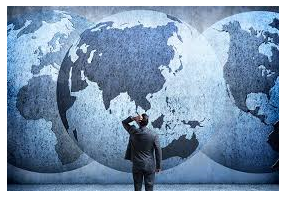 Overview:  A return of risk appetites can be seen through the capital markets today, arguably encouraged by ideas that Omicron is manageable and China's stimulus.  Led by Hong Kong and Japan, the MSCI Asia Pacific rose by the most in three months, while Europe's Stoxx 600 gapped higher, leaving a potentially bullish island bottom in its wake.  US futures point to a gap higher opening when the local session begins.  The bond market is taking it in stride.  The US 10-year Treasury is slightly firmer at 1.44%, while European yields are 1-3 bp higher.  The dollar-bloc currencies and Norway are leading the move higher among most major currencies.  The yen and euro are softer.  Sterling struggles to sustain upticks. Among emerging markets currencies, the Turkish lira is bouncing, while most central European currencies are being dragged lower by the weaker euros.  The JP Morgan Emerging Market Currency Index is slightly higher after four consecutive losses.  Gold is trading within yesterday's narrow range.  Oil continues to recover, and the January WTI contract is up around 2.5% (after yesterday's 4.9% advance) and is above $71.50 a barrel.  US natgas prices dropped 11.5% yesterday and have come back firmer today, while the European benchmark (Dutch) is up 7% today (~+0.5% yesterday) to near last week's highs.  Iron ore prices jumped 7.7% today after 2.5% yesterday, perhaps encouraged by strong Chinese import figures.  Copper prices are also firm.

The Reserve Bank of Australia stuck to its stance. It may take two years to reach the 2-3% inflation target, and the uncertainties surrounding the Omicron variant also favor a cautious approach. This was in line with expectations.  The swaps market still has about 75 bp of higher rates discounted next year.   The Australian dollar's gains reflect the risk-on mood.

China's trade surplus fell to $71.7 bln in November from $84.5 bln in October.  The US accounted for a little more than 50% of the surplus (~$37 bln).  Exports rose by 22% year-over-year, less than the 27.1% increase in October.  But, what really stood out were China's imports.  They surged, jumping 31.7% from a year ago after a 20.6% increase in October.  Commodity imports were robust.  The 35 mln tons of coal imported was the most this year. Oil imports were at three-month highs.  Iron ore imports reached a 13-month high,  Gas purchases were the highest since January.  Copper imports appear to be a record.  Separately, China reported that the value of its foreign exchange reserves rose by a minor $4.7 bln to $3.222 trillion.  Economists (Bloomberg survey median) had expected around an $11 bln decline.

The dollar has forged what appears to be a solid base now around JPY112.55.  So far, today is the first session since November 26 that the greenback has held above JPY113.00.  It has been confined to a narrow range between JPY113.40 and JPY113.75.  The dollar looks poised to move higher but may stall around JPY114.00, where an option for around $865 mln expires today.  The Australian dollar rose about half of a cent yesterday and is up around another half-cent today to test $0.7100.  An option for A$1.04 bln expires today there ($0.7100).  It is also the (61.8%) retracement objective of last week's drop.  A move above there would target the $0.7130 area and possibly $0.7200.  The reduction in Chinese banks' reserve requirements and the divergence with the direction the Fed appears headed did not deter the yuan from strengthening.  The dollar held CNY6.38 yesterday and is near CNY6.3660 now.  The low for the year was set at the end of May near CNY6.3570.  The dollar's reference rate was set at CNY6.3738, a touch higher than the models (Bloomberg survey) projected of CNY6.3734.

According to the proverb, for want of a nail, a kingdom was lost.  US intelligence warns that Russia is poised to invade Ukraine.  Beijing continues to act as a bully in the South China Sea.  US President Biden is hosting a "Summit for Democracy" December 9-10.   Reportedly 110 countries will be represented, even Taiwan, which the US officially does not recognize as a country.  All of the EU members have been invited but Hungary.  Hungary, like Poland, is in a serious fight with the EC over the rule of law.  It is being fined for failing to comply with the European Court of Justice over its harsh treatment of asylum seekers.  Poland, which is invited to the summit, is also being fined a record 1 mln euros a day for deviations from the EU standards of the rule of law.   Yet Hungary's exclusion is needlessly antagonistic.  Hungary will hold parliamentary elections in April (though possibly May), and the opposition is united behind the center-right Marki-Zay.  Most polls show him ahead of Orban.

It is an insult to the EU, and Orban used his veto to block the EU from formally participating and prevented it from submitting a position paper.  It is a vulnerable position for the US to be the judge and jury about democracy and the rule of law.   Laura Thorton, director of the Alliance for Securing Democracy of the German Marshall Fund of the United States, expressed shock and dismay in a recent Washington Post op-ed over developments in Wisconsin. She wrote, "If this [where the GOP is seeking to replace the bipartisan oversight of elections with just its party's control] occurred in any of the countries where the US provides aid, it would immediately be called out as a threat to democracy.  US diplomats would be writing furious cables, and decision-makers would be threatening to cut off the flow of assistance."  Separately, the US embassy in Tokyo warned Japan about "racially profiling incidents" following the closure of its borders to new foreign entries into the country.

The US response to the Russian aggression in Georgia in 2008 and the annexation of Crimea in 2014 was soft.  Despite bringing NATO to Russia's door in the Baltics, the US recognized by its actions that it is difficult to defend what Russia calls its near-abroad. Ukraine is different.  When Ukraine gave up its nuclear weapons, the Budapest Memorandum  (1994), Russia, the US, and the UK committed to respecting its independence and territorial integrity.  Russia clearly violated the agreement, but the US says it is not legally binding.  Nevertheless, reports indicate that the Biden administration is contemplating new sanctions against Russia and Putin's inner circle.  Reportedly under consideration is removing Russia from the SWIFT payment system and new sanctions of Russia's energy companies, banks, and sovereign debt.  In late April, the European Parliament approved a non-binding resolution to exclude Russia from the SWIFT if it attacked Ukraine.  Russia is a heavy user of SWIFT, as few foreign banks, including the Chinese, are willing to use Russia's own payment system.

After a dismal factory orders report, the market had been prepared for a poor industrial output report today.  Instead, Germany surprised with its strongest gain for the year.  Industrial output surged 2.8% in October.   It is only the third monthly gain this year.  Moreover, September's decline of 1.1% was halved to 0.5%.  It appears auto production (capital goods) may be behind the improvement in activity.  Separately, the ZEW survey was mixed.  The expectations component was stronger than expected, but still, at 29.9, lower than November's 31.7 reading.  The assessment of the current situation deteriorated sharply to -7.4 from 12.5.  It has been declining since September, but this is the lowest since June.

The US also reports the October trade balance.  The preliminary goods balance signaled a likely improvement from the $80.9 bln deficit in September.  The median forecast (Bloomberg) sees a deficit of slightly less than $67 bln.  Through September, the monthly average was nearly $71 bln, up from $53.3 bln in the same period last year and less than a $50 bln average in the first nine months of 2019. Late in the session, the US reports October consumer credit, and another substantial increase is expected.  It jumped almost $30 bln in September.  It has averaged $20.275 bln a month through September.  Last year was too distorted, but in the first three quarters of 2019, consumer credit rose by an average of $15.3 bln a month.

Canada reports its October merchandise trade figures today, ahead of the Bank of Canada meeting tomorrow  The median forecast in Bloomberg's survey call for a C$2.08 bln surplus, which, if accurate, would the be third largest surplus since 2008.  The June surplus was larger at C$2.26, as was the December 2011 surplus of C$2.12 bln.   Canada's goods trade balance through September swung into surplus with an average of C$703 mln.  In the same period in 2020, the monthly deficit averaged C$3.1 bln and  C$1.4 bln in 2019.  The merchandise surplus may be sufficient to lift the current account too.  Canada has been running a current account deficit since 2009.   The OECD forecasts a surplus this year of 0.3% of GDP and projects it to be in balance next year.

Canada and Mexico have expressed concerns about the credits for electric vehicles in the Build Back Better US initiative.  They claim it violates the USMCA.  Europe has expressed similar problems, and the EU Trade Commissioner Dombrovskis has reportedly sent a formal letter warning that the Biden administration's efforts may also violate WTO rules.  Meanwhile, there is talk that the initiative may be blocked this year.  If this is the case, the odds of passage next year seem even slimmer.  On a different front, Mexico's controversial energy reforms, which expand the state sector, over some objections by US energy companies, look to be delayed due to lack of support.

The US dollar posted an outside up day against the Canadian dollar before the weekend, despite Canada's strong employment report.  There was no follow-through yesterday, and the greenback recorded an inside day and settled on its lows.  The US dollar has been sold to around CAD1.2700 today.  Initial support is around CAD1.2675, but the more significant test is near CAD1.2640.  A break would strengthen the conviction that a high is in place.  Meanwhile, the greenback continues to consolidate against the Mexican peso.  It remains within the range set last Wednesday (~MXN21.1180-MXN21.5150).  Thus far today, it is holding above yesterday's low (~MXN21.1720), which was- above the pre-weekend low (~MXN21.1625).

He has been covering the global capital markets in one fashion or another for more than 30 years, working at economic consulting firms and global investment banks. After 14 years as the global head of currency strategy for Brown Brothers Harriman, Chandler joined Bannockburn Global Forex, as a managing partner and chief markets strategist as of October 1, 2018.
My articlesMy siteAbout meMy books
Follow on:TwitterLinkedINSeeking Alpha
Previous Semblance of Stability Returns though Geopolitical Tensions Rise
Next Markets Calmer, Awaiting Fresh Incentives