Will Consumers Bail Out The Economy 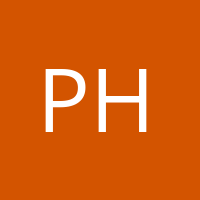 by
Patrick Hill
My articles My books
Follow on:
Summary:
Consumers are viewed by many economic analysts as the last hope to keep the economy humming as the manufacturing sector seems to be in a recession. To wit, in the newly released third-quarter GDP report, personal consumption accounted for 100% of GDP growth.  However, weakness in the business sector may trigger a decline in consumer confidence. The October ISM manufacturing sector report showed a contraction, while the ISM services report indicated continued expansion. Yet, the less followed PMI Services report for October came in above 50 but with a note of caution.  Chris Williamson, Markit Chief Business Economist noted: “With inflows of new work drying up, firms are relying on previously-placed orders to sustain current output growth, meaning the rate of expansion could weaken


oldprof writes Weighing the Week Ahead: Will Algos Go Wild?

#MacroView: A Vaccine And The “New New Normal”

Consumers are viewed by many economic analysts as the last hope to keep the economy humming as the manufacturing sector seems to be in a recession. To wit, in the newly released third-quarter GDP report, personal consumption accounted for 100% of GDP growth.  However, weakness in the business sector may trigger a decline in consumer confidence. The October ISM manufacturing sector report showed a contraction, while the ISM services report indicated continued expansion. Yet, the less followed PMI Services report for October came in above 50 but with a note of caution.  Chris Williamson, Markit Chief Business Economist noted:

“With inflows of new work drying up, firms are relying on previously-placed orders to sustain current output growth, meaning the rate of expansion could weaken further in the coming months if demand doesn’t revive. Hence we’re seeing jobs being cut at an increased rate among surveyed companies, with employment falling for a second successive month and to a degree not seen since 2009. Such a weakening of the survey’s employment index will likely feed through to the official jobs numbers as we move toward the end of the year.”

It is likely that Williamson’s concern about contracting business conditions will ‘leak’ over to workers. Regardless of job status, a worker’s experiences, what they see and hear, will likely undermine confidence as a consumer. Let’s look at CEO confidence versus consumer expectations.  In this chart by Lance Roberts, consumer confidence is derived from data provided by the University of Michigan and the Conference Board. He compares consumer confidence to CEO confidence:

The consumer perspective is primarily a micro view of the economy.  Workers are concerned about job security and the income needed to support themselves and their families.  Consumers spend based on their ability to continue to pay their rent or mortgage, make car payments, buy food and spend what is left over for entertainment, travel or other interests. Many consumers also try to save some income for a rainy day. The consumer has a near term, day to day, month to month economic experience based on their present job, expenses, and spending circumstances.

The CEO receives a continuous flow of reports scanning the economic horizon at both the firm and macro level.  The marketing department provides sales, competition, and market analysis for the next year, three or even five years. These sales projections and other economic research are used by management to decide where to allocate resources, such as building new plants, locating offices, and hiring or downsizing staff. The sales staff talks with customers daily, assessing sales prospects, and sending forecasts to executive management.  The CEO has both a broad economic view of trends in world-wide markets and, more narrowly, how economic trends will affect the company’s future growth. The confidence of CEOs in the aggregate is warning of a major economic decline.

Workers know that executives’ concern about declining sales and profits means their jobs are in jeopardy. For most firms, worker wages, benefits, and overhead costs are 66 – 70 % of all expenses. Employment is beginning to decline concerning temporary workers as the ISM Manufacturing report showed a decline in the hiring of temporary workers to a three year low.  Management usually starts the expense control process by not hiring more temporary staff. If needed due to poor sales or profits, temporary staff is first to be laid off.  Next, full-time hiring is frozen, and if further cuts are needed, full-time workers are terminated. In this chart from Danielle De Martino Booth, continuing unemployment claims are up 2. 5 % over the last year, non-farm payrolls are declining, the ASA temporary payroll index has been contracting for 9 months, and higher paying worker payrolls have fallen for the last three months:

De Martino notes that the top two quantiles of higher paying workers account for 60% of all consumption.  A fall in payrolls for higher paid workers is likely to cause a decline in future spending as they become anxious about job security. Declining employment or even the prospect of layoffs will cause consumers to pull back on spending. Layoffs are even more of an issue when workers believe that finding another job may become more challenging. Job openings peaked last summer and have continued to fall. On a year over year basis, the number of job openings has contracted to levels last seen two years ago.

Uncertainty in the job market, declining economic conditions, and the trade war are becoming more of a concern for consumers as they begin to worry about their finances. This was highlighted by the Bloomberg Personal Finance Index which dropped sharply in October.

As manufacturing jobs have become scarce, many workers have taken contract jobs. McKinsey & Company estimates 52 million people are gig economy workers of a 156 million person workforce. Contractors have no job security.  Gig workers receive hourly wages with no health, retirement or other benefits. The lack of benefits means they have limited or no financial safety net in the event of an economic slowdown. To meet budget demands many middle-class workers have multiple jobs.

Over the past six months, wages have increased due to tight labor market conditions, yet overall earnings, especially for men over several decades, have been flat since 1975.

With wages stagnant, workers have taken on exceedingly high levels of debt to maintain their lifestyle.  Auto purchases are now often financed over a 7 or even 8year period. Over 35% of these purchases are made with negative equity, meaning they are not only financing a new car but the remaining debt balance of a trade-in car.  Often these payments are quite high, and as the scheme continues, will grow to unmanageable levels. Similar to the sub-prime mortgage crisis in 2008 many of the negative equity car buyers have sub-prime credit scores. Dealers anxious to increase vehicle sales approve the financing deal anyway at higher interest rates than positive equity purchasers.

The auto financing binge is now showing up in the number of auto loan delinquencies, which are at their highest level since 2011.

The other largest single purchase for consumers, housing, is showing signs of financial deterioration as well. First-time home buyers are becoming delinquent on their mortgage payments at an increasing rate of 4.25 % over the past year and a half. Even for non-first time buyers their rate of delinquency is moving up significantly to 3.5 %. The deterioration in mortgage payments is indicative of financially overdrawn purchasers with all too willing lenders. Sound familiar?

What does this mean in terms of consumer spending? While there have been a few spikes in consumer spending, most likely due to tariff hurry up buying, the overall direction is down.  A decline in consumer spending is what we should expect with the uncertainty caused by a manufacturing recession, China-U.S. trade war, increasing prices of imported goods, job insecurity, high levels of auto debt, and increasing delinquencies for auto and mortgage payments.

Due to significant economic headwinds, we don’t expect the consumer will be able to continue to offset the decline in manufacturing and global slowdown.  The real question is, when will consumer spending shift to contraction levels?

We expect that consumers will keep up present levels of consumer spending through the holidays.  By the spring of 2020, clear evidence will emerge on the impact of the trade war on U.S. businesses and economic declines in Europe and Asia. Business growth will decline as indicated by a major weakening in sales and profits. Corporate balance sheets will tighten causing workers concern about the future of their job.  Hiring freezes and layoffs will be announced. As job insecurity increases consumer spending will drop dramatically resulting in economic activity spiraling down.

We leave you with one final thought. Will a divisive election and negative economic headlines provide confidence?

Patrick Hill is the Editor of The Progressive Ensign, https://theprogressiveensign.com/ writes from the heart of Silicon Valley, leveraging 20 years of experience as an executive at firms like HP, Genentech, Verigy, Informatica and Okta to provide investment and economic insights. Twitter: @PatrickHill1677.