Home / Hale Stewart: Bonddad Blog / A brief history of the Judiciary under Republics; the radical departure of the US Constitution, and how to reform it now

A brief history of the Judiciary under Republics; the radical departure of the US Constitution, and how to reform it now 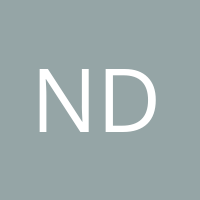 by
[email protected] (New Deal democrat)
My articles My books
Follow on:Twitter
Summary:
- by New Deal democratI’ll have a note up, probably at Seeking Alpha tomorrow, on new home sales, which get reported later this morning.In the meantime, especially with the likely confirmation of the 6th movement conservative Justice today, who will probably immediately start to rule on election issues, I want to flesh out in outline form my thoughts on the Supreme Court. I am going by memory in this note, so some of this info is not entirely correct and will need to be checked further.1. Historically, the judiciary was not an independent branch of government. In monarchies, the sovereign typically could both appoint and remove judges at pleasure. In ancient and medieval republics, the Executive branch enforced the law. For example, in the Roman Republic, both consuls and praetors heard

Tyler Durden writes “It Was No Longer Safe For Me To Live In China”: Former Chinese Communist Party Insider Breaks With Beijing

Tyler Durden writes “A Keynesian Beauty Contest — But With No Beauty”

Tyler Durden writes Uranium Stocks Soar: Is This The Beginning Of The Next ESG Craze

First look at the 2021 economy: housing

I’ll have a note up, probably at Seeking Alpha tomorrow, on new home sales, which get reported later this morning.

My articlesMy books
Follow on:Twitter
Previous The 2020 Presidential and Senate nowcasts: in 2020 the “blue wall” looks very likely to hold, but expect surprises in the Senate
Next An examination of the Framers’ arguments as to how the US Supreme Court would function: The Federalist Papers No’s. 78, 79, and 81