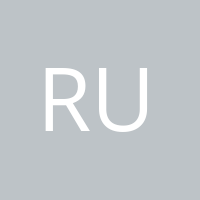 by
Rusty
My articles My books
Follow on:
Summary:
There really aren’t any more just-the-flu-ers these days. OK, sure, there are still some solitary specimens sticking to their guns, so please don’t send me screenshots of your crazy uncle’s Facebook feed. But by and large, over the last several months the just-the-flu meme has faded, having evolved into another species that is far more well-adapted to our environment. Far more resilient. The ecological niche in our politics previously filled by the just-the-flu meme has been all but conquered by virus-gonna-virus. So what is virus-gonna-virus? It is a versatile memetic construction built from some combination of one or more ideas. What are those ideas? That everything we’re doing to combat COVID-19 is counterproductive safety porn. That nothing we could have done really

Topics:
Rusty considers the following as important: In Brief, Premium

There really aren’t any more just-the-flu-ers these days.

OK, sure, there are still some solitary specimens sticking to their guns, so please don’t send me screenshots of your crazy uncle’s Facebook feed. But by and large, over the last several months the just-the-flu meme has faded, having evolved into another species that is far more well-adapted to our environment. Far more resilient.

The ecological niche in our politics previously filled by the just-the-flu meme has been all but conquered by virus-gonna-virus.

Virus-gonna-virus is a well-adapted meme because it provides a valuable ego integrity service to its host. Namely, it provides a smooth transition for those who truly believed and publicly expressed a belief that COVID-19 was a plandemic, a fake pandemic or just the flu. It allows those people to ignore that reality has proven their beliefs to be incorrect. Indeed, it permits them a way to say – if still speciously – that their being proven wrong was better than everyone else’s being proven correct. You know, since we’d still be better off if we hadn’t fussed with masks or distancing or anything else to prevent the spread at all. Virus gonna virus.

Virus-gonna-virus is also indicative of a endemic mindset, a framework of thinking that has implications for both financial and political markets.

In 1967, Marty Seligman and Steven Maier undertook a now-famous set of experiments at the University of Pennsylvania. These experiments separated a collection of dogs into three groups. The first group was placed into a harness for some time and then released. The second and third groups were placed into connected harnesses. From time to time, an electric shock was applied that simultaneously affected both the second and the third groups of dogs. The second group was placed near a lever which deactivated the shock. The third group was placed near a lever which didn’t do anything. When the second group hit the lever, the electricity would stop for both. The third group of dogs was powerless to do anything about the shock.

Seligman and Maier then began a second stage of the experiment with the same groups of dogs. They created a box with a short partition between two sections, one of which was subject to shocks and one of which wasn’t. They then measured whether there was a difference between the behaviors of the groups. There was. The dogs from the first two groups, which either had not encountered the shock in the first box or which came to believe they had control over it, generally hopped right over the partition to brief, sweet safety from the designs of ever-so-mildly sadistic psychology professors. But what about the third group, having been subject to the arbitrary whims of fate in the first box, shocked with no control over when it would begin or when it would end? What did they do in the partitioned box?

They sat and they whimpered.

The endemic mindset is the world of abstractions we see under the influence of learned helplessness.

There are only so many days in which death or hospitalization counts may still function as information for the human mind. There are only so many descriptions, images or videos of hospitals in the early stages of being overwhelmed which will be able to change anyone’s perspective. There is a point of diminishing informational returns from another story about a lost small business, or a struggling low income family.

In short, the endemic mindset is one in which our default expectation is that our world has become permanently worse in a way that we are helpless to do anything about.

I don’t think I miss the mark by saying that ALL of us are suffering from this just a little bit.

At some point in the last several months, did it start to feel like checking in every few days with elderly neighbors wasn’t really helping? Did it feel like extraordinary support of waitstaff, servers and owners of local businesses demanded much of you and still couldn’t keep them from going under? Did your capacity to give to local food security charities give way to a recognition that the need never went away? Are you a financial advisor or professional being asked for good advice or wisdom about how to navigate “these challenging times”, and feeling like you ran out of both months ago? Are you a parent forced into remote learning supervision, feeling like you’ve botched it and waiting out the clock to give you a reprieve?

Does the choice between standing outside in the cold, six feet apart, mask obscuring any sign of warmth or human emotion, or staying at home for Thanksgiving with the same people you’ve seen day in and day out for 8 months make you want to scream?

In your heart of hearts, do all of those things make it a little bit easier to believe that there’s just maybe nothing we can do that’s really going to take this shock away? That maybe we live our lives and weather all of this as best we can?

If you are feeling that a bit – I feel that pull from time to time, too, if it helps – it doesn’t make you bad. It makes you human.

But here’s the thing: the conclusions from the Seligman-Maier experiments weren’t all dire. Just as we can learn helplessness, we can also unlearn it. All it took in the experiments was a researcher picking up the arms and legs of each subject and placing them over the partition. Sometimes they had to do it twice. That’s it.

The hopeful news of a vaccine in 2021 is a great opportunity for all of us to do the same. With ourselves. With our families. With our friends and neighbors. Eight months ago, the reason we might accept some measure of personal inconvenience and expense was to “buy time.” But the time we were buying was unbounded. With a long enough time horizon, the belief that we would essentially all contract COVID-19 at some point becomes extraordinarily probable. What we were buying, of course, was a spreading out of that risk over enough time to permit effective and improved treatment. That ain’t nothing, but it also isn’t enough to stop the inevitable growth of an endemic mindset.

Today, however, we can tell a different story. IF – and despite a roaring market and glowing headlines it remains a very big IF – the vaccines from Pfizer and/or Moderna prove effective, then actions you take today don’t just delay the inevitable for the lives and livelihoods of your neighbors. They may change those outcomes. Permanently. If that isn’t enough to motivate us to pull one another’s legs over the partition, to reinvigorate our own and our community’s commitment to small, personally sacrificial action for our neighbors, I don’t know that anything will.

Same as they ever were: