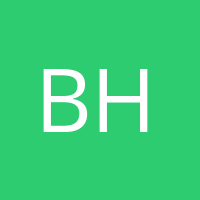 by
Brett Heinz
My articles My books
Follow on:
Summary:
Many people in the US first became aware of the problem of election interference on social media when allegations emerged of Russian attempts to influence the 2016 US elections through the dissemination of “fake news” on Facebook, Twitter and other social media platforms. But as we learn more about the phenomenon, it is becoming increasingly clear that dishonest social media campaigns are a global issue, and that many private and government actors are now routinely using disinformation campaigns to influence elections. Indeed, in Latin America, such tactics have already become a go-to strategy for many right-wing movements and governments. Earlier this month, Buzzfeed reported on a memo written by a Facebook data scientist-turned-whistleblower that provides new details on Facebook’s

Many people in the US first became aware of the problem of election interference on social media when allegations emerged of Russian attempts to influence the 2016 US elections through the dissemination of “fake news” on Facebook, Twitter and other social media platforms. But as we learn more about the phenomenon, it is becoming increasingly clear that dishonest social media campaigns are a global issue, and that many private and government actors are now routinely using disinformation campaigns to influence elections. Indeed, in Latin America, such tactics have already become a go-to strategy for many right-wing movements and governments.

Earlier this month, Buzzfeed reported on a memo written by a Facebook data scientist-turned-whistleblower that provides new details on Facebook’s haphazard approach towards identifying manipulative political campaigns on their platform. The whistleblower, Sophie Zhang, noted that when Facebook did enforce its rules, it focused on “harm and priority regions like the United States and Western Europe” where political interference campaigns were most likely to spark public issues for the company. When these campaigns were spotted in smaller countries with less Western news coverage, Facebook “simply didn’t care enough to stop them.” One manager at Facebook joked to Zhang that “most of the world outside the West was effectively the Wild West with [her] as the part-time dictator.”

Zhang’s memo also points to a number of concrete examples of political manipulation campaigns from around the world, including particularly salient examples from Latin America. During Brazil’s 2018 election, millions of “fake reactions and fans” supporting “major politicians of all persuasions” were taken down. Following the disqualification of popular former President Lula de Silva due to dubious and politically-driven corruption charges, far-right nationalist Jair Bolsonaro won the 2018 Brazilian presidential election. His victory was aided by a large-scale fake news operation which sent out hundreds of millions of WhatsApp messages to Brazilian voters. Pro-Bolsonaro businessmen illegally funded the operation to the tune of over $3 million USD. Thus, even in an instance where Facebook did take action, campaigns still continued elsewhere.

In Honduras, the marketing team for conservative President Juan Orlando Hernández (JOH) “openly admitted” to operating hundreds of fake accounts supportive of him. Despite this, it took Zhang over a year to have the profiles removed, only for them to reemerge “within two weeks”; she adds that “the activity is still live and well.” JOH won Honduras’ 2017 elections by a narrow margin, but widespread allegations of electoral fraud led to protests which were met by state violence that resulted in dozens of killings, as well as a ten-day national curfew. In the brief period following this election, research found that a majority of Tweets which tagged JOH were sent from TweetDeck, a type of software used to send Tweets automatically. Despite domestic and international calls for a new election due to the statistical impossibility of the results and clear evidence of manipulation, the US government recognized JOH – a Trump ally – as Honduras’ legitimate leader and pressured other conservative allies in the region to follow suit. He has since been implicated by US prosecutors in drug trafficking activities.

Meanwhile, Zhang also identified political interference campaigns on behalf of the conservative government in Ecuador and the right-wing opposition in Bolivia during that country’s 2019 elections, shortly before a coup overthrew the elected Bolivian government. Facebook caught both of these campaigns but decided that they weren’t worthy of prioritizing.

In Ecuador, Zhang says that she “found inauthentic activity supporting the ruling government… and made the decision not to prioritize it.” The government of Ecuadorian President Lenin Moreno, who has an approval rating in the single digits due to his austerity policies and his disastrous coronavirus response, claimed in April that it was the victim of a fake news campaign in connection to its COVID-19 response. The presence of these campaigns without any rules enforcement on the part of Facebook raises concerns about Ecuador’s upcoming election in February of 2021, where Moreno’s government has increasingly sought ways to simply prevent their opponents from running at all.

An entire cottage industry has begun to emerge aimed at profiting from social media manipulation. In recent years, a variety of Latin American political actors have used their services. One firm, the SCL Group, bragged on company brochures that it engaged in an “ambitious campaign of political graffiti” that “ostensibly came from the youth” in the run-up to Trinidad and Tobago’s 2010 elections. The purpose of the campaign was to increase political apathy among Afro-Trinidadian youth who often vote for the nation’s center-left party. That party lost the election by 4 points. Another company, Hacking Team, had contracts with seven Latin American governments to help them track and disrupt political dissidents.

In 2013, SCL created Cambridge Analytica, a firm which existed for only five years before dissolving due to a massive scandal involving their misuse of Facebook data in attempting to influence the 2016 US elections. But before closing, the firm had established a partnership with a video app called Pig.gi that had over 1 million downloads in Mexico and Colombia, and aimed to use its ads to influence young voters. This led the Mexican government to investigate, while Colombia blocked the app entirely. Brazil’s investigation into Cambridge Analytica resulted in the country fining Facebook for $1.6 million USD over yet another app with improper access to the site’s user data.

The involvement of sophisticated, politically-connected European and American firms in these sorts of political manipulation tactics raises a number of disturbing questions. Largely unknown to the public, a number of powerful companies in wealthy nations seem to be profiting from the modern mercenary work of spreading misinformation and manipulative content in developing nations without proper monitoring and accountability in place, as Zhang’s memo made clear. The consequences of this political destabilization can be devastating.

For proof of this, one need to look no further than Bolivia, another place where Facebook had until recently ignored manipulation operations. After last year’s coup, the Inter-American Commission on Human Rights noted the creation of 68,000 fake Twitter accounts promoting a set of hashtags which ultimately saw over one million Tweets created in under ten days. Much of the online activity promoted right-wing opposition leader Luis Fernando Camacho and the nation’s new de facto President, Jeanine Añez. Worse, social media campaigns sought to direct a campaign of harassment and violence against members of the MAS party that was removed from power in the coup, spreading “lists containing their home addresses, telephone numbers, families’ addresses, and other personal information… along with photomontages in which their faces appear under ‘wanted’ signs and similar phrases.” Several times, the victims of these campaigns had “their homes or those of their relatives… raided, vandalized, or set on fire.” In addition, “smear campaigns that were allegedly shared through different social media” against foreign correspondents in Bolivia sometimes “included photographs of them and the addresses of the hotels where they were staying,” prompting many to leave the country.

While an amateur bot operation sending out up to 69 Tweets per second in support of last year’s coup in Bolivia made a few headlines, more professional actors were involved too. Around the turn of this year, CLS Strategies, a DC-based public relations firm, was involved in an organized social media interference campaign supporting Bolivia’s undemocratic and authoritarian government. It’s worthwhile to take a closer look at CLS’s Bolivia work to get a better idea of the nexus that exists between US political operatives and powerful Latin American groups and individuals, including some of the worst modern-day autocrats in the region.

Stay tuned for part two of this post, “Why a DC PR Firm Pretended to Be Bolivian on Facebook.”

The post Election Interference in Latin America: A Growing Danger appeared first on Center for Economic and Policy Research.

My articlesMy books
Follow on:
Previous The Debate We Had vs. the Debate We Needed
Next How Much Will Trumpcare Insurance Cost People with Health Issues?

CPI and PCE: Two Measures of Inflation and Fed Policy