Home / Bull Markets / Market outlook: is this a V-shaped recovery?

Market outlook: is this a V-shaped recovery? 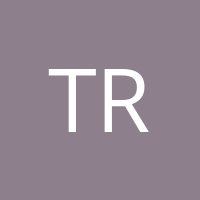 by
Troy
My articles My books
Follow on:
Summary:
The stock market bounced this week after it tanked last week on trade war news. Is the stock market making a V-shaped recovery? Probably not. Technicals (short term, next 1-3 months): mixed. If I had to assign a probability to a V-shaped recovery, it would be < 40% Technicals (medium term, next 6-9 months): mostly bullish Fundamentals (long term): no significant U.S. macro deterioration, but the long term risk:reward doesn’t favor bulls. Technicals: Short Term & Medium Term *For reference, here’s the random probability of the U.S. stock market going up on any given day, week, or month. 6% corrections Traders usually define “corrections” as S&P declines that exceed 10%. I usually define them as declines that exceed 6%, because most 6%+ declines have at least 2 DOWN waves. *I’m


Troy writes Announcement: BullMarkets.co is now a part of SentimenTrader.com

Troy writes What is the wild bond market saying about the stock market?

Troy writes Is the stock market making a V-shaped recovery?

Announcement: BullMarkets.co is now a part of SentimenTrader.com

*For reference, here’s the random probability of the U.S. stock market going up on any given day, week, or month.

*I’m not a big fan of “waves” because there is no clear way to define a “wave”, but there is some validity to this concept.

The current decline has only seen 1 wave, which suggests that there is more selling ahead. Here are some examples from this bull market.

In this bull market, 11 corrections have seen multi-waves and 3 have been V-shaped. This ratio holds true in previous bull markets as well (e.g. 2003-2007, pre-2000). If I was forced to assign a specific probability to another DOWN leg, I would probably say probably 2/3

But keep in mind that the short term is always very hard to predict, no matter how much confidence you have in your predictive ability. Too many unpredictable events impact the short term. The news-driven environment doesn’t help either.

The stock market reversed this week, forming something akin to a “hammer” pattern. This kind of weekly reversal pattern occurred during the first leg of other market selloffs.

When this happened in the past, the S&P often made lower lows over the next 2 weeks. The following table looks at what happened next to the S&P when the weekly LOW is more than -3% below last week’s LOW (i.e. intraweek plunge), but this week’s CLOSE is above last week’s LOW (recovery later in the week).

S&P was weak over the next 2 months.

This was a volatile week for markets. While stocks tanked, bonds and gold rallied in the face of extremely optimistic sentiment. As a result, the S&P:gold ratio plunged more than -9% over the past 2 weeks.

*This ratio typically declines during a correction, see 2016 and 2018.

On the other hand, this isn’t particularly good for gold either. Gold’s 1 month forward returns are weak.

However, I want to remind investors and traders that there is no guarantee that the stock market will make another DOWN leg. The data is not irrefutably short term bearish right now. There are other short term bullish factors to consider.

VIX spikes tend to occur when the stock market makes a correction. The current correction comes just 2 months after another correction in May.

Back-to-back corrections (and back-to-back VIX spikes) are uncommon. They’re mostly bullish for the S&P over the next 2-3 months….

As is the case in most stock market declines, volume surged. SPY’s volume increased than more than 150% from 2 weeks ago. So much for a summer vacation.

When volume surged this much, this quickly in the past, the S&P mostly rallied over the next 2 weeks.

Bond prices continue to rally, even though sentiment and momentum have been “too high” for weeks. This happens from time to time – no indicator is perfect, and when a trend gets going it can seem unstoppable for a while. Hence the momentum effect.

The following is a weekly chart for the 10 year Treasury yield.

Nevertheless, we seem to have hit an extreme scenario in which a bottom is either already here, or is very close.

In the past, rising bond yields have not been bearish for the S&P:

The S&P’s long term trend (200 day moving average) has been in a consolidation for months.

The 200 dma’s standard deviation has been below 1% of the S&P’s value for 78 consecutive days. That’s a long streak.

Similar periods of trendless markets mostly saw gains over the next year.

Sentiment readings this low were mostly bullish for the S&P after 1 month.

In the past, this wasn’t good for gold over the next few weeks.

Fundamentals (is it a bull market or a bear market?)

Will the bull market resume after this correction? That depends on the economy. The stock market & economy move in the same direction in the long run.

Housing is still a weak point

Housing – a key leading sector for the economy – remains weak. Housing Starts and Building Permits are trending downwards while New Home Sales is trending sideways. In the past, these 3 indicators trended downwards before recessions and bear markets began.

I am not extremely worried about the weakness in housing right now. But if this deterioration continues for another few months, then I would be much more worried.

The New York Fed’s Recession Probability Model has now been above 30% for 2 months in a row.

In the past, this wasn’t too good for stocks over the next 6-12 months.

Copper made a 2 year low this week.

Many traders like to use “Dr. Copper” as a barometer for the global economy. We’ve examined this in the past, and usually came to the conclusion that:

Anyways, here’s what happened next to the S&P when copper fell to a 2 year low. Forward returns over the next few weeks were poor.

Now onto the good news.

The labor market is still a positive factor for macro. Initial Claims and Continued Claims are trending sideways. In the past, these 2 leading indicators trended higher before bear markets and recessions began.

Delinquency rates continue to trend downwards. In the past, this indicator trended upwards before recessions and bear markets began.

Inflation-adjusted Retail Sales are still trending upwards. This is different from the previous 2 bear markets and recessions, which were preceded by flattening real Retail Sales.

Here is our discretionary market outlook: