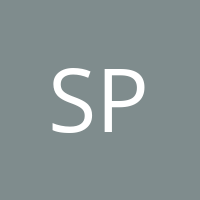 by
S&P Global Platts
My articles My books
Follow on:
Summary:
Libyan oil flows have resumed but their stability remains uncertain, while India’s coal powered generation has dipped, granting gains to renewables. S&P Global Platts editors and analysts also discuss the latest Chinese actions on coal imports, Norwegian gas flows to Europe, and separate challenges faced by power markets in the UK and California. 1. Libya’s fragile oil return complicates market outlook   Click to enlarge What’s happening? Light sweet Libyan crude is starting to trickle through after an eight-month hiatus as rival groups agreed a tentative truce. The prospect of over 1 million b/d hitting the market in the coming months coincides with a brittle demand outlook amid a second wave of coronavirus infections. What’s next? Libya’s crude output is poised to rise to over 500,000

What’s happening? Light sweet Libyan crude is starting to trickle through after an eight-month hiatus as rival groups agreed a tentative truce. The prospect of over 1 million b/d hitting the market in the coming months coincides with a brittle demand outlook amid a second wave of coronavirus infections.

What’s next? Libya’s crude output is poised to rise to over 500,000 b/d soon following the restart of the 300,000 b/d Sharara field. But the return is likely to be gradual and prone to delays due to the shakiness of the peace deal and presence of armed groups at key oil infrastructure. The key eastern oil terminals of Ras Lanuf and Es Sider remained closed as stateowned NOC has not lifted force majeure from these ports due to the presence of armed groups there. But loadings from the 250,000/d Zawiya terminal will resume very soon. Most analysts are now expecting Libyan crude output to reach 650,000-700,000 b/d by year-end but many have warned that longer term stability remains uncertain.

What’s happening? India, one of the world’s largest coal consuming countries, has seen a sharp drop in the coal share of power generation this year. Historically, coal made up over 75% of India’s power mix as the country’s energy demand grew rapidly on account of urbanization and economic development, and domestic coal reserves were cheap and abundant. But this year, for the first nine months, coal has accounted for around 69% of the grid-connected generation mix on average, with its lowest at around 63% for June and August, the lowest in years, according to S&P Global Platts Analytics. This is due to the overall drop in power consumption as the COVID-19 pandemic triggered lockdowns, but also because other energy sources like renewables increased in a big way in recent years, but only began to show results during the pandemic.

What’s next? The drop in coal consumption is a huge win for clean energy advocates, as India’s coal addiction has been hard to dislodge, even as major Asian nations like Japan and China begin to move towards long-term de-carbonization. Renewable energy still has the scope to make big inroads into India’s power sector, natural gas is only getting started and there is some optimism that slower growth in coal consumption could be a steady long-term structural trend.

3. Australian coal exports to China could be hit by ban in 2021

What’s next? China has not yet confirmed details formally, but Australia is taking the news seriously, as coal is a major export commodity for the country. S&P Global Platts Analytics has been saying for many months that China will enforce its annual coal quota, despite a large seaborne coal price arbitrage window being open since April, likely in an attempt to encourage domestic buying of coal to help stimulate the economy. While politics are involved, the year-on-year increase in Australian coal exports to China so far this year is a key factor. Any official announcement of a ban should not  affect Australian coal exports to China for the rest of 2020 as coal port import quotas are being enforced. However, it could mean close to a third of China’s Q1 2021 imports displaced and Chinese buyers having to source coal from other markets. Any import ban is likely to affect Chinese steel mills more than power utilities.

What’s happening? Norwegian gas flows have rebounded following the end of strike action in early October, with exports now back at highs not seen since the end of March. It has been a volatile few weeks for Norwegian gas, with the strike impacting some 40 million cu m/d of supply, a heavy maintenance schedule in September and a fire at the Hammerfest LNG plant that forced its closure.

What’s next? Norwegian flows to Europe are traditionally higher in the peak-demand winter months, and with day-ahead prices having recovered to Eur14/MWh in recent weeks from their lows below Eur4/MWh in May, operators may look to maximize flows. How Norwegian gas fares in the coming weeks may depend, however, on the reliability of its offshore assets and whether any unplanned outages could impact flows.

What’s next? Daily high temperatures are forecast to fall this week compared to last in Northern California from the high 70s Fahrenheit into the mid 60s, according to the National Weather Service. However, any return to hot, windy weather could threaten power infrastructure and lead to additional power price spikes.

6. … while in UK loss of CCGTs, ageing nuclear pose risks to winter supply

What’s happening? The Winter Outlook for UK power supply is generally comfortable, according to National Grid in its annual update Oct. 15. While generation capacity margins are down year on year, they remain well above government guidelines based on a loss of load risk of three hours a year. The reassuring tone of the report, however, was at odds with the state of the system Oct. 15-16, when tight margins due to low wind, rising demand, reduced generation availability and reduced import capacity pushed hourly prices up dramatically, spiking over GBP180/MWh for the evening peak.

What’s next? Power traders believe any recurrence of high pressure weather systems this winter, reducing wind speeds across regions, will prompt further bouts of scarcity pricing similar to those seen last week and in mid-September. For the UK the problem has been exacerbated by Calon Energy’s decline into administration, taking two large CCGTs out of the market at short notice. Add to this an ageing, unreliable UK nuclear fleet and delays to new interconnection capacity, and the expectation is for more capacity warnings from the Grid at short notice, initiating a scramble for flexible supply from gas and, if prices rise over GBP100/MWh, diesel gensets.