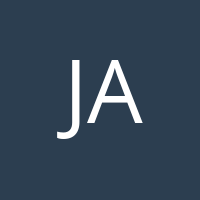 by
Jared Anderson
My articles My books
Follow on:
Summary:
Extreme heat and a confluence of other factors recently led the California Independent System Operator to institute rolling blackouts in order to prevent wider power system failure. With New York drastically remaking its power grid to run on 70% renewable electricity resources by 2030 and carbon-free power by 2040, experts weighed in on how reliability can be ensured while transitioning to a cleaner power system. As details continue to emerge about the causes of the August 14-15 blackouts in California, state energy officials and experts have said the emergency measures were prompted by multiple interrelated conditions. “I would not characterize the California blackouts as a result of a push toward renewable energy,” Michael O’Boyle, director of electricity policy for San Francisco-based

After Hin Leong: collapse of a Singaporean oil prodigy

With New York drastically remaking its power grid to run on 70% renewable electricity resources by 2030 and carbon-free power by 2040, experts weighed in on how reliability can be ensured while transitioning to a cleaner power system.

As details continue to emerge about the causes of the August 14-15 blackouts in California, state energy officials and experts have said the emergency measures were prompted by multiple interrelated conditions.

“I would not characterize the California blackouts as a result of a push toward renewable energy,” Michael O’Boyle, director of electricity policy for San Francisco-based clean energy think tank Energy Innovation, said .

“Facts and post mortem on what happened will take weeks or months,” he said.

A lack of available imports (which account for about 25% of state supply) from other western regions that were experiencing extremely high loads due to high heat, combined with a drop off in wind power capacity and some natural gas-fired power plants tripping offline caused CAISO to initiate load shedding, according to a CAISO presentation.

O’Boyle said at this point the leading cause of the problem in California is extreme weather. New York and all other grid operators are going to experience more extreme heat and more extreme storms, which is the “new normal,” he said

New York’s power system has some key differences to California’s and the grid operator, along with other stakeholders, are working to ensure power grid reliability as more intermittent generation is added in the next 20 years.

One big difference in how the power systems in the two states are set up for reliability is the Resource Adequacy model in place in New York, Rich Dewey, president and CEO of the New York Independent System Operator, said.

California has a mechanism through which each of the utilities has an obligation to execute bilateral contracts to firm up power delivery, Dewey said.

“In New York we have a centralized capacity market where in partnership with the New York State Reliability Council, every year we establish a reserve margin necessary to meet reliability criteria,” he said.

The NYISO then runs a capacity market that ensures and commits enough generation to meet the targets in the reliability models, Dewey said, so that is a big difference.

Instead of relying on the utilities for supply and performance, New York has a central capacity model with specific rules to ensure those who want to participate in the market can perform when needed, and there are “very stiff penalties” for non-performance, Dewey said.

The degree of regional coordination is another difference between New York and California power supply, with New York having four well-integrated neighboring regions – PJM Interconnection, ISO-New England, Ontario and Quebec.

When one of those regions gets in trouble, they can rely on each other. It does not appear California has as many options, Dewey said.

“It’s important to emphasize the fact that there are big differences between the California grid and the west in general, which is less coordinated with tons of balancing authorities that are individually responsible for meeting resource adequacy,” Chris Casey, senior attorney with the environmental group Natural Resources Defense Council, said.

California also has much more behind-the-meter solar power capacity installed than New York, which is another important difference.

“There are several key differences between CAISO and New York, including the availability of imports as well as a winter load (and increased gas basis) in New York, but arguably the starkest difference in load in CAISO is mid-day declines and a steep evening ramp with the presence of abundant behind-the-meter solar,” Kieran Kemmerer, power market analyst with S&P Global Platts Analytics, said.

“Despite solar generation in CAISO comprising 15% of generation in 2019, gas-fired generation made up almost an identical portion of market share in both NYISO and CAISO (~38% in 2019),” Kemmerer said.

New York’s Climate Leadership and Community Protection Act mandates the state receive 70% of its electricity from renewable energy resources in 10 years and 100% carbon-free power by 2040, along with several resource-specific targets like 9,000 MW of offshore wind power capacity by 2035 from zero operating today.

Experts had mixed reactions regarding New York’s ability to maintain reliability in the face of these aggressive requirements, but most agreed that comprehensive planning and market design improvements will be important factors.

“We currently have not nearly as many renewable resources as we are going to have in 10 years and we have an eye on that future,” the NYISO’s Dewey said. No matter how many wind and solar megawatts you have, there are going to be conditions when they will not provide very much relief at all, he said.

This even happens today with the limited wind resources we have on the system and we have to plan for those days, Dewey said. “We are very mindful of the dispatchable characteristics and attributes that some of the fossil plants have” and have to find a way to deliver power in that way without the carbon dioxide emissions, he said.

Gavin Donohue, president and CEO of merchant trade group Independent Power Producers of New York said that “based on what we know today, New York could face a similar situation to California.”

Peak demand in New York has moved to be later in the day and we rely on a lot of fossil generation needed for reliability, he said.

“California retired units sorely needed for reliability and are now paying the price for it,” Donohue said.

“I don’t care what press releases you put out, you will never overrule physics … we need to be vigilant and plan for a system that will operate differently in the future,” he said.

Now we have major landmark legislation on the books and much of it says what we can’t use. “We need dispatchable units and need them to be flexible, but I’m concerned about losing that flexibility,” Donohue said.

And both he and Dewey mentioned New York’s carbon pricing proposal.

“If we are serious about larger renewable energy penetration, then we need to do carbon pricing,” Donohue said, adding that is “one thing right under policymakers’ noses.”

“And like California, New York will probably also experience many of the same problems California is now seeing with reliability when the proportion of clean energy projects becomes excessive,” Cordaro said.

Fortunately New York does have a stable amount of 20% hydropower capacity to back things up, but with recent and future plans for the retirement of fossil units, that only goes so far, he said.

“Nonetheless, in both cases it is important to aim for reliability in a world dominated by clean energy sources without depending on knee-jerk reactions and political pronouncements,” Cordaro said.

Energy storage and other technologies that have yet to reach commercial scale will also be critical components of higher renewable energy capacity systems.

“Both states can take advantage of more storage over the next ten years,” O’Boyle said.

A recent University of California Berkley study found 90% clean electricity by 2035 would be achievable, with the final 10% supplied by the existing gas fleet operating at lower capacity factors, he said.

New York will likely need a combination of batteries, some existing gas, demand response and technology that has not yet been commercialized, O’Boyle said.

NRDC’s Casey agreed, saying there needs to be continued emphasis on things that are known to work like energy efficiency, demand response and renewable energy resources.

Energy storage will be a very viable backstop for short-term events, but extreme weather conditions lasting for days will require something further, Dewey said, adding that aspects of a gas plant need to be mimicked, without the emissions.

“It seems very likely New York will face similar challenges California is seeing in its pursuit of rapid growth in renewable energy, but provided the gas-fired generation in New York is not retired while it still retains capacity value (and lessons from California are learned), New York is unlikely to see the capacity shortages recently exhibited in California,” Platts Analytics’ Kemmerer said.

“Battery storage, like in California, will play a big role in New York’s transition away from fossil fuels, but we see it more likely that the bigger challenges New York will face will come in the 2030-2040 timeframe, when New York attempts to serve its electricity needs with 100% emissions-free energy as targeted,” he said.