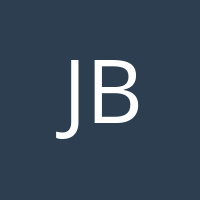 by
Jeffrey Berman
My articles My books
Follow on:
Summary:
With former Vice President Joe Biden now the presumptive Democratic nominee in the upcoming 2020 presidential election, a better sense of US climate policy under a potential new Democratic administration is now taking shape. While Biden has said that he would recommit the US to the 2015 UN Paris Agreement on climate change, additional domestic policies will be necessary to meet the greenhouse gas (GHG) target that the US originally committed to under this agreement, of a 26-28% cut vs. 2005 levels by 2025. Since taking office in 2017, President Donald Trump has slowly been taking steps to formally withdraw from this agreement. Go deeper: Request information on S&P Global Platts Analytics World Energy Demand Model Already in 2019, it was notable that candidates from the moderate wing of

ESG and mining: sustainability after coronavirus

With former Vice President Joe Biden now the presumptive Democratic nominee in the upcoming 2020 presidential election, a better sense of US climate policy under a potential new Democratic administration is now taking shape.

While Biden has said that he would recommit the US to the 2015 UN Paris Agreement on climate change, additional domestic policies will be necessary to meet the greenhouse gas (GHG) target that the US originally committed to under this agreement, of a 26-28% cut vs. 2005 levels by 2025. Since taking office in 2017, President Donald Trump has slowly been taking steps to formally withdraw from this agreement.

Already in 2019, it was notable that candidates from the moderate wing of the Democratic party like Biden were proposing ambitious climate policies, as S&P Global Platts Analytics remarked in our US CO2 Pricing Monitor report.

Biden’s platform, the key points of which are outlined below, has not changed much since its initial release in June 2019. This contrasts with Bernie Sanders’ campaign, which initially had a limited climate platform, only to bulk it up later.

Push for “enforceable agreements” on global shipping and aviation emissions

Biden’s platform includes a range of specific measures that were initially implemented in prior administrations, as well as new ambitious targets. The platform also includes details on how such policies might be implemented in practice.

The headline climate ambition in Biden’s platform include a 2050 target for 100% clean energy and net-zero economy GHG emissions. More directly, Biden’s platform calls for legislation that establishes an “enforcement mechanism” and “milestone targets” to be enacted no later than 2025 – when a potential Biden first term would end.

That this mechanism “will be based on the principles that polluters must bear the full cost of the carbon pollution” and must achieve “clear, legally binding emissions reductions” strongly implies some form of a carbon price.

Biden’s platform also notes the importance economy-wide reductions rather than having “a few sectors carry the burden of change.” This also implies fairly broad coverage, perhaps like the California/Western Climate Initiative carbon market – which covers transportation and residential/commercial fuel use in addition to large stationary sources.

Of course, enacting this proposal would require an act of Congress. Despite general support among Democrats in both chambers of Congress for comprehensive climate policy, the Republican-controlled Senate will remain a significant obstacle to passing any form of climate legislation.

Other proposals would also require Congressional approval. For example, Biden would restore tax credits for electric vehicle purchases and solar installations. These tax credits have been major drivers of penetration for these technologies, and both are in the process of phasing out. While these tax credits have previously enjoyed a degree of bipartisan support, neither was extended in a late-2019 tax bill (H.R. 1865).

Meanwhile, it’s noteworthy that Biden’s platform does not mention any extension of tax credits for wind generation – which Congress extended last year. In any event, a new administration would need to work with Congress on these initiatives.

The Biden proposal also calls for “a federal investment of $1.7 trillion over the next ten years.” This would include investments in specific items such as EV charging stations, battery manufacturing, and the development of sustainable aviation fuels, as well as R&D on nuclear energy, batteries, hydrogen, and decarbonizing sectors like steel, cement, and agriculture.

Efforts to support carbon capture are also included in the proposal – likely an attempt to reach out to a broader section of the electorate. Nevertheless, while a new administration would have more direct control over federal procurement, other outlays would ultimately require Congressional approval.

Biden also notes that he would appoint FERC commissioners who “will drive market reforms, like expanding regional electric markets… [and] integrating renewables.” While Biden would nominate new commissioners, Congress would also need to approve them – offering them an opportunity to stymie the process.

Additional efforts proposed by Biden would be more directly under the authority of the President. For example, he states that he would use executive orders to implement new emissions limits on oil and gas wells, bans on new permitting, and more aggressive fuel economy standards. These were all areas where more aggressive policies implemented by the Obama administration were subsequently revised and weakened by the Trump administration.

These as well as other regulatory efforts would be the most straightforward areas for Biden to act on. However, Biden’s proposals for these areas would also represent another drastic shift in the policy to be implemented by federal agencies. Legal challenges would also be an issue.

At the same time, Biden’s platform makes no mention of the Clean Power Plan, the Obama administration’s policy to address power sector CO2 emissions using Section 111(d) of the Clean Air Act. The CPP was ultimately stayed by the Supreme Court in February 2016, and the Trump administration ultimately replaced the CPP with the Affordable Clean Energy rule in 2019.

That the Obama administration’s signature climate policy relied on existing executive authority was partly a reflection of the difficulty in passing comprehensive climate legislation in Congress. Ultimately, it is not clear how a potential Biden administration would seek to implement much of its ambitious measures in the event that it could not push comprehensive climate legislation through Congress – a major concern given the ongoing lack of Republican support for one.

The League of Conservation Voters “enthusiastically” endorsed Biden’s candidacy on April 20th. Included in this endorsement was a statement by Biden, in which he announced his intention to campaign and “govern with climate change as a top priority for legislative and executive action in the White House.” He also stated an intention to add to his existing climate plan both “new, concrete goals we can achieve within a decade” and additional investments in clean energy.

Biden’s announcements are clearly an effort to also reach out to more progressive voters that were previously aligned with the Sanders climate plan. Sanders called for fully decarbonizing electricity and transportation by 2030, and a $16 trillion investment – though with considerably fewer implementation details.

In any case, Biden’s announcement suggests that we could soon see more details on the short- and medium term implications of his proposal, on energy/decarbonisation targets, the value of an “enforcement mechanism,” as well as the scope of new investment.

My articlesMy books
Follow on:
Previous Low bunker fuel prices bittersweet for shipowners as global trade volumes fall
Next Oil is down but not out: signs of recovery as lockdowns ease

Study: Hunters Kill Birds During Their Annual Migrations Through the East Asian-Australasian Flyway