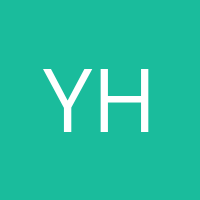 by
Yi-Jeng Huang
My articles My books
Follow on:
Summary:
The expected economic recession in the Asia-Pacific region triggered by the coronavirus pandemic will reverberate across the petrochemical supply chain as global demand grinds to a halt, even as China slowly goes back to work. “An enormous first-quarter shock in China, shutdowns across the US and Europe [due to] local [coronavirus] transmission, guarantees a recession across the Asia-Pacific,” said Shaun Roache, Asia-Pacific chief economist for S&P Global Ratings on March 30. “We now expect the hit to output for Asia-Pacific to be as large as the Asian Financial Crisis of 1997-1998,” he added. S&P Global Ratings defines recession as two quarters of below-trend growth sufficient to trigger significant unemployment in the region. “We forecast China to grow by 2.9% in 2020, while


Marc Chandler writes The Week Ahead

The expected economic recession in the Asia-Pacific region triggered by the coronavirus pandemic will reverberate across the petrochemical supply chain as global demand grinds to a halt, even as China slowly goes back to work.

“An enormous first-quarter shock in China, shutdowns across the US and Europe [due to] local [coronavirus] transmission, guarantees a recession across the Asia-Pacific,” said Shaun Roache, Asia-Pacific chief economist for S&P Global Ratings on March 30.

“We now expect the hit to output for Asia-Pacific to be as large as the Asian Financial Crisis of 1997-1998,” he added.

“We forecast China to grow by 2.9% in 2020, while Asia-Pacific growth in aggregate will likely more than halve to less than 3%,” Roache said. S&P Global Ratings’ GDP forecast for China has fallen by 2.8% since December.

Petrochemical demand is typically highly correlated with GDP, and the finished product supply chain often passes through China on its way to international demand centers.

Purified terephthalic acid CFR China –  part of the PET and polyester chain – plunged to $440/mt on March 25, while bottle-grade PET hit lows of $700/mt FOB NE Asia, both registering lows not seen since Platts started assessment in 2008 and 2006, respectively. Polyethylene terephthalate, or PET, is widely used for food and drink packaging, particularly for plastic bottles.

Linear low density polyethylene, another plastic used in everyday consumer goods, hit a 16-year low on of $750/mt on March 25, based on CFR Far East Asia prices. Styrenics feedstock, benzene FOB Korea, hit an 11-year low of $318/mt, and the list goes on.

The economic deterioration caused by coronavirus has already hit Chinese industries. January-February industrial output fell 13.5% year on year to its lowest level in 30 years, according to data released by the National Bureau of Statistics in early March. Investments plunged 24.5% and retail sales – a barometer of Chinese consumer confidence – fell 20.5% over the same period.

Inevitably, China’s exports tumbled 17.2% year on year during January-February, according to China Customs.

A temporary dip in China’s exports due to supply-side disruption is not necessarily a concern as long as international demand for its goods remains firm, a Chinese source said.

But even as new cases of COVID-19, the disease caused by coronavirus, plateaued by mid-March within China, the exponential growth of cases in Europe and the US threatens to create an even larger wave of economic pain and consumer demand destruction.

“Asia’s export engine will stall. Few economies in [the Asia-Pacific] region will be spared by weaker demand in the US and Europe,” Roache said.

A majority of Chinese firms had returned to work by end-March, but orders from US and Europe are dropping sharply, according to sources.

Ultimately, the initial supply-side disruption due to China’s battle with coronavirus may pale in comparison with the upcoming demand-side shock, as its global customers face their own battles with the pandemic.

Problems before the pandemic

China’s exports of key finished or semi-finished petrochemical products to the US made from polyester, polyethylene, polystyrene and Acrylonitrile Butadiene Styrene, or ABS, will fall in the first quarter, according to trade data from Panjiva.

Shipment estimates for Q1 suggest polyester goods from China to the US will fall an estimated 30% year on year, after adjusting for typical seasonal lulls during the Lunar New Year. ABS goods are also set to fall 30% over the same period, while polyethylene goods, which were on an uptrend in Q4 of last year before coronavirus began to spread, will dip 10%.

The export dip was initially caused by logistical disruptions in China, with plants unable to fully operate due to government restrictions, the extension of the Lunar New Year, and employee absences because of infection.

Meanwhile, Southeast Asia’s Q1 exports of polyester and PE goods to the US picked up the slack. Thailand and Vietnam in particular, benefited in 2019 during the US-China trade war, and again in early 2020 during the initial phase of coronavirus-related disruptions in China.

A deep economic slowdown in Europe and the US will likely lead to decreased exports from the Asia-Pacific region in the coming months.

Traders worry that weaker overseas demand for downstream textile and apparel goods due to the growing COVID-19 pandemic, may dampen the outlook well into the second half of the year.

China’s factories have been on the mend, as its coronavirus cases decreased. Overall PTA run rates stabilized to about 70% while downstream polyester production returned to about 80% by March 17, according to a source. PTA is a key feedstock for polyester fibers and PET bottles.

But even as PTA production recovered from COVID-19, downstream Chinese textile and polyester producers may soon have to face production cuts due to declining exports, a Chinese polyester producer said, citing reduced orders as the pandemic rages on in Europe and the US.

By mid-March PTA inventory continued to exceed 3 million mt, about double the historical level. The persistent inventory overhang is another signal that downstream demand remains weak.

PET bottle demand, another PTA downstream, is expected to contract sharply in China as the pandemic cuts deep into China’s consumer spending.

“COVID-19 induced slowdown of the economy is expected to reduce Chinese soft drinks demand by 29% in Q1 2020, year on year. That’s why we expect PET demand to fall 12% in Q1 2020 year on year, in sharp contrast to the expected growth of 8%, before COVID-19,” said Platts Analytics senior analyst Eshwar Yennigalla.

China’s automobile sector was hit particularly hard on both the production and demand front, as production idled and consumers stayed at home due to the COVID-19 outbreak.

The automotive industry is a key downstream consumer of styrene monomer and its derivatives, polystyrene and ABS.

Plunging demand from automotive end-users exacerbated the challenges faced by PS/ABS producers, who were already saddled with high inventory at plants and nation-wide logistic constraints. Main producers in East China were forced to either shut down or cut rates after the Lunar New Year.

Although PS and ABS operating rates in China had gradually stabilized at 55-60% and 75-80%, respectively by mid-March, up 10-30 percentage points from February, end-users who restocked before the Lunar New Year were hesitant to buy, citing volatile markets.

Internationally, in a similar pattern to China during the outbreak, major automobile producers, including BMW, Honda, Ford, Hyundai and Nissan were heard to be shutting down production lines in mid-March due to the lockdown. Meanwhile, showrooms are empty, as consumers practice social distancing, sources said.

China’s ABS/PS industries are recovering at the moment, whereas demand contraction from global end-users will eventually weigh on producers in the coming months, said a source.

Economists expect the coronavirus pandemic to trigger a recession that would hit the Asia-Pacific region as well as Europe and the US. The prices of commodities have already reacted to that, hitting lows not seen for over a decade.

While initial disruptions to the petrochemical industry were confined to China’s factories, local outbreaks have since seen the coronavirus outbreak morph into a fully-fledged global pandemic in March – hitting key demand centers, Europe and the US.

As Asia’s export engine begins to sputter due to drastic cuts in global consumer spending, both forecast and realized – it is cutting a wide swath through the petrochemical industry in areas such as automotive, apparel, soft drinks and consumer products.

With health experts are predicting the worst of the pandemic is yet to come, the Asian petrochemical outlook will likely remain dim well into the second half of the year.

My articlesMy books
Follow on:
Previous Commodity Tracker: 5 charts to watch this week
Next Coronavirus threatens US plastics recycling as states cancel collections