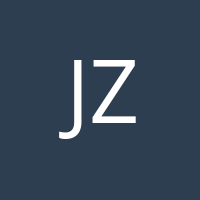 by
Jing Zhang and Oceana Zhou
My articles My books
Follow on:
Summary:
China’s supply-side reform agenda was launched by President Xi Jinping in late 2015 with a view to stripping out excess capacity that had built up in key industries during China’s emergence as an economic power. Industries targeted in a five-year plan presented in 2016 by the country’s top economic planner, the National Development and Reform Commission, included steel, coal, cement and aluminum. These sectors were deemed to have become too big, too polluting, and in some cases too dependent on export markets. Beijing wanted to lift the quality of China’s industrial production, improve the environment and lower dependence on external markets. Supply-side reform was a key plank in China’s ambition to transition to a sustainable, consumption-driven economy – rather than one that relied on


Marc Chandler writes The Ant and the Grasshopper: A Window into Macro Part II

China’s supply-side reform agenda was launched by President Xi Jinping in late 2015 with a view to stripping out excess capacity that had built up in key industries during China’s emergence as an economic power.

Industries targeted in a five-year plan presented in 2016 by the country’s top economic planner, the National Development and Reform Commission, included steel, coal, cement and aluminum. These sectors were deemed to have become too big, too polluting, and in some cases too dependent on export markets.

Beijing wanted to lift the quality of China’s industrial production, improve the environment and lower dependence on external markets. Supply-side reform was a key plank in China’s ambition to transition to a sustainable, consumption-driven economy – rather than one that relied on investment in heavy industry.

To a large extent, the policy has been successful. Chinese companies became more profitable, helped by industry consolidation, capacity reduction initiatives and healthy domestic demand. But success has been a double-edged sword. Stronger margins and profits incentivized companies to lift production and build new capacity.

At the start of the millennium, China produced 129 million metric tons (mt) of crude steel but last year this rose to more than 900 million mt. China now produces 50% of the world’s crude steel.

Supply-side reform initiatives in this sector appeared to be making great progress. The country achieved its target of stripping out 150 million mt/year of capacity over 2016-2020, some two years ahead of schedule. China removed an additional 140 million mt/year of “unlicensed” induction furnace capacity –  small, low quality producers of construction steel – in 2017. On top of this, steel mills have been ordered to upgrade their environmental protection facilities to meet “ultra-low” emissions targets. This is another way of weeding out inefficient (read: polluting) steelmakers as installing facilities to lower emissions is extremely expensive.

Before China embarked on its supply-side reform agenda, the country’s steel industry was in very bad shape. In 2015, more than half of the China Iron & Steel Association’s 94 member mills were lossmaking, posting a combined loss of yuan 64.53 billion ($9.33 billion) that year. Their debt-to-asset ratio was around 71%, which improved to just below 70% as the reforms took effect.

To protect market share and generate liquidity, in order to roll over mounting debts and avert insolvency, steel mills had to maintain high production levels. This caused a price war as they elbowed out competitors, and huge losses. For mills with high debt-to-asset ratios, any signs of slowing or suspending production could result in lenders withdrawing credit and precipitating bankruptcy.

Meanwhile, domestic demand for steel had slumped. This scenario resulted in China significantly lifting its finished steel exports, causing tremendous grief to international competitors who were unable to compete with lower-priced Chinese material. China’s steel market started to improve from early 2016 as the supply-side reforms began to take effect, reducing the need to export and helping global prices to recover.

Chinese mills enjoyed bumper profits in 2017 and 2018 as good times returned to the steel industry. With improved profitability and sufficient liquidity, Chinese mills carried out M&As, replaced existing facilities with newer, more efficient ones, and improved their environmental protection performance.

The net result is that production capacity has begun creeping up again this year. S&P Global Platts estimates there will be 142 million mt/year of new crude steel capacity commissioned in China over 2019-2020. China can only build new capacity if it closes old facilities with similar capacity. But as replacement facilities are bigger and better than the old ones, a net increase is likely.

China’s crude steel output reached 87.53 million mt in June, taking the total output in the first six months of 2019 to 492.17 million mt, up 9.9% on year, according to the National Bureau of Statistics. China’s crude steel capacity will reach 1.17-1.2 billion mt/year by the end of 2019, Platts estimates.

Higher steel production this year has coincided with high iron ore prices and a relaxation of curtailments on production for environmental reasons. Ongoing tensions with the US, and Beijing’s deleveraging program, have contributed to softer demand from key consumer-driven segments, such as auto and white goods. Steel profit margins have been hit hard, but as in years gone by no one wants to be the first to cut production.

Oil refining capacity on the rise

Many of the same issues have been seen in China’s oil sector. Beijing has tried to close independent polluting refineries with inefficient refining capacity since 2015 in a bid to lower crude oil imports.

Independent refineries have been able to gain their crude oil import quotas provided they eliminate inefficient capacity. This has seen larger players buy up smaller companies with older units that typically had low utilization rates, and in effect take over their market share.

Under the supply-side reform agenda, around 95 million mt/year of primary capacity has been eliminated since 2015 in exchange for import quotas of up to 116 million mt/year, according to S&P Global Platts Analytics.

However, almost all of the eliminated capacity had already been idled for a long time, and had no impact on China’s operating capacity.

In early 2018, the NDRC, together with nine other national government bodies, announced plans to enforce environmental rules that could lead to non-compliant refineries of less than 2 million mt/year of capacity being shut down.

These measures phased out some operating capacity, including some illegal expansions in the independent refining sector. But the volume was small with only 1.5 million mt/year of primary refining capacity understood to be eliminated.

Strong growth of oil product exports in recent years has been evidence of refining overcapacity. Data from the General Administration of Customs showed total gasoil, gasoline and jet fuel exports increased by 277% in 2018 to 46.08 million mt from only 12.24 million mt in 2012.

New capacity was approved by the government to lift petrochemical production and reduce reliance on imports. These expansions are in line with supply-side reform’s aim of higher value-added products. But oil byproducts from petrochemical output have added to the surplus.

When 20 million mt/year Hengli Petrochemical, based in Dalian, ramped up its run rate to 110% in June this year, its oil products – which account for about 40% of its production yield – flowed into the domestic market. The company’s rivals suffered refining losses of about yuan 600/mt ($86/mt) from profits of yuan 300-400/mt in previous years.

“Refining capacity must be removed from the market within a year or two as competition intensifies,” a general manger at a Shandong-based independent refinery said.

New refining and petrochemical complexes provide stable outlets for high-value-added products as many of the owners are textile manufacturers, which are also the main consumers of the products. The relative high profits from the petrochemical sector allow them to offer oil products at lower prices, which oil product-driven refiners are not able to compete with.

This has hit state-owned refineries that have plans to build new refining and petrochemical complexes. As a result, the oil giant PetroChina and Sinopec said they will phase out small-scale and old refining capacity.

For both oil and steel, China needs to monitor closely the new capacity additions to ensure some of the problems of the past do not re-emerge. Given China’s propensity to export when domestic demand does not keep up with production, supply-side reform is a global issue as much as a Chinese one.

About Jing Zhang and Oceana Zhou

My articlesMy books
Follow on:
Previous London missing out on Aramco IPO could be a blessing in disguise
Next Ferrous scrap plays catch up after steel’s dramatic tumble

Axios: What’s the Actual Cost of Not Addressing Climate Change?