IMO 2020 and the Forties de-escalator in Dated Brent 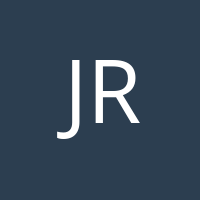 by
Jonty Rushforth
My articles My books
Follow on:
Summary:
The International Maritime Organization’s decision to cap the sulfur level of global marine fuels on January 1, 2020 has been the dominant story in the oil markets for the last two years. Among the many questions raised by the imminent 0.5% cap on sulfur in marine fuels, some crude oil market participants are now asking what the implications could be for the Forties de-escalator, the key sulfur value adjustment mechanism that lies at the heart of the North Sea’s Brent crude complex. To understand what role the Forties sulfur de-escalator will play in a post-2020 world, it’s important to be clear about why it exists in the first place. The sulfur de-escalator was introduced in July 2007 to bring more stability for pricing for the North Sea’s Forties crude following the start-up of the

Andrew Critchlow writes Oil is down but not out: signs of recovery as lockdowns ease

The International Maritime Organization’s decision to cap the sulfur level of global marine fuels on January 1, 2020 has been the dominant story in the oil markets for the last two years.

Among the many questions raised by the imminent 0.5% cap on sulfur in marine fuels, some crude oil market participants are now asking what the implications could be for the Forties de-escalator, the key sulfur value adjustment mechanism that lies at the heart of the North Sea’s Brent crude complex.

To understand what role the Forties sulfur de-escalator will play in a post-2020 world, it’s important to be clear about why it exists in the first place.

The sulfur de-escalator was introduced in July 2007 to bring more stability for pricing for the North Sea’s Forties crude following the start-up of the heavy, sulfurous Buzzard field that year, as a new input into the blend. Essentially, it has successfully stabilized pricing for a grade with an unpredictable chemical composition, because the quality of Forties can vary substantially depending on the percentage of Buzzard crude in the blend at any given time.

The vastly different nature of the Buzzard field can drastically change the quality of the crude sold as Forties Blend: with Buzzard at 30% of the total blend compared with 0%, for example, API moves from 44 to 39.6 and its sulfur content shifts from 0.27% to 0.68%, according to the operator, Forties Pipeline System. The Buzzard percentage, and hence sulfur content, of Forties changes month to month; indeed sometimes cargo to. This year alone the weekly percentage has seen a low of 23% and a high of 46%.

Platts introduced the de-escalator to compensate for this inherent instability in the Forties Blend, and effectively ensure that the value observed for Forties in the open market place could continue to be set by a notional sulfur ceiling of 0.6%.

By obliging the seller of a Forties cargo to compensate the buyer financially for every 0.1% of sulfur in a Forties cargo above the upper limit of 0.6% sulphur, the de-escalator doesn’t change the fact that any particular cargo might have more than 0.6% sulfur. That is a function of geology and blending. But it does ensure that the value of Forties in the open market won’t be unduly volatile as a result.

Ensuring consistency of value was critical for the market, since the grade was part of the basket of crude oils that underpin the physical Dated Brent assessment, and the delivery of cargoes through the BFOE market. Pricing uncertainty in one of part of the basket could otherwise have had the potential to magnify across the rest of the assessment, which could have become problematic for overall pricing stability.

Working with market participants, Platts began publishing a de-escalator to represent the value of a 0.1 percentage point of sulfur. Each month, Platts publishes a value for the de-escalator, assessed based on an analysis of related markets. The value of the de-escalator changes regularly, reflecting a variety of market factors. The latest analysis is available here.

For a buyer, were they to receive a cargo with sulfur above 0.6%, they would receive back from the seller an amount determined by the increased sulfur level multiplied by the de-escalator. In effect, this means that the price of Forties reflects a crude of 0.6% sulfur, regardless of the eventual quality loaded.

The sulfur divide in the crude complex

The upcoming change in marine fuel specifications is expected to have serious implications for the price of sulfur in crude and, as a result, several market observers are now asking how the de-escalator will perform in the coming year.

From January 2020, the IMO cap on sulfur emissions from vessels means that most ship owners will be looking to buy marine fuel with a maximum of 0.5% sulfur. The previous limit was for most of the world 3.5%, which made the global shipping industry one of the only remaining commercial outlets for higher-sulfur fuel. The difference between the two specifications is already valued in excess of $100/mt, and this is only expected to widen further as we move into the new year.

While Forties is generally considered to be a lower sulfur crude, a large proportion of its sulfur tends to end up in the residual fuel oil pool. When refiners process Forties they typically produce a residual fuel with a sulfur level above 1%. In the pre IMO world, this still meant it was lower-sulfur and valued similarly to fuel with levels below 0.5% produced from processing crude with only marginally lower sulfur levels than Forties. However, the impact of IMO could create a gap in the value of those differing fuel qualities.

The Brent basket currently consists of five grades of crude: Forties, Brent Ninian Blend, Ekofisk, Oseberg and Troll. Of these, Forties at 0.6% sulfur is the sourest of the five, ultimately raising the question about whether Forties will occupy one side of this potential gap, with the four other grades on the other side.

But it should also be noted that this would not move the value of Forties into the same realm as the other Brent grades, since it applies only to cargoes at above 0.6%.

Should values evolve in such a way that Forties at 0.6% becomes significantly different from the other four basket grades, this would be apparent in Platts’ daily assessments for each separate grade. However, it is important to consider in this context that Ekofisk, Oseberg and Troll are subject to Quality Premiums, which act as a separate mechanism to realign their value within the pricing basket.

The QPs are calculated by looking at the difference in the relative value of each of Ekofisk, Oseberg and Troll throughout the previous month versus the most competitive grade in the basket. This mechanism ensures those grades are brought into the same value space in the assessment process.

Consequently, if sulfur creates a widening of crude values within the Brent basket, this will also have a direct impact on the value of the QPs, in turn ensuring that the grades remain within the same value space. A space that will be defined by 0.6% sulfur crude.

Essentially, the implications of IMO for sulfur values are implications not only for the de-escalator but also for QPs, as two key mechanisms in the Dated Brent assessment methodology.

Both of these elements in the price assessment methodology outlined above have been employed for Brent for the last several years, and the market uses the Brent benchmark as a reference in full knowledge of this. As a result, any expected impact on value from IMO should already be priced in by the market in forward derivative trading.

Platts has taken decisive steps in servicing the oil market with information and price assessments in relation to IMO 2020. This includes the launch of 0.5% sulfur marine fuel cargo assessments at key locations around the world in January, a full year ahead of the low sulfur cap coming into effect.

Trading of 0.5% marine fuel cargoes and bunkers is expected to become more active at the end of Q3 and throughout Q4. More transparency on the high-low sulfur fuel oil spread will also inform the debate on the impact on sweet and sour crude grades. For the Brent complex and the Dated Brent basket, Platts will closely observe the impact on both the de-escalator and the QP mechanisms.

More broadly, the crude oil debate will not only focus on any grade’s sulfur content, but also on sulfur distribution in the refined product yields. This may in turn raise the question whether Brent should represent a lower sulfur level, in other words whether the de-escalator should apply to sulfur levels lower than 0.6%.

The obvious effect of such a shift would be to raise the inherent value of Brent – affecting anyone who has traded forward derivatives based on the current level. A higher price is not inherently “better” – of course there would be winners and losers from such a shift in the definition of Brent.

Currently, Platts has made no announcements regarding any potential change to either the de-escalator or quality premium mechanisms. Platts does not typically make changes to benchmarks based on assumptions about the future state of the market, but instead looks to evolve pricing methodology alongside the market. Platts will continue to engage closely with the market on these issues and is welcoming feedback on the points raised above.

The value of light, sweet crude – where “sweet” means no more than 0.6% sulfur– will almost certainly be significantly impacted by IMO in the coming year. Brent is positioned to reflect those changes effectively and continue to serve the markets well.

Platts has a well-established history of pricing evolution, and takes its guardianship of Brent seriously. By continuing our proactive dialogue on IMO 2020 with the industry, we will be ready for what comes next.

The post IMO 2020 and the Forties de-escalator in Dated Brent appeared first on Platts Insight.

My articlesMy books
Follow on:
Previous LNG must become more price-transparent and sustainable to thrive in next decade
Next Commodity Tracker: 6 charts to watch this week