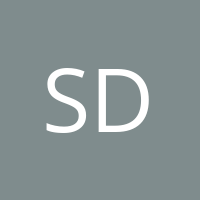 by
Samuel Chin and Pascal Dick
My articles My books
Follow on:
Summary:
Ferrous scrap prices have crashed over the past five weeks, finally coming more in line with weakened steel prices, which have fallen by a larger magnitude since the middle of 2018. Using CFR Turkey scrap as a gauge, spot prices of HMS I/II 80:20 have fallen 6.5/mt from their peak in March 2018 as of September 12. Over the same period, rebar prices on an FOB Turkey basis have fallen by a larger 2.5/mt, S&P Global Platts data show. While in percentage terms, prices of scrap have fallen 36%, compared with 29% for rebar, market participants typically view scrap and steel prices in absolute rather than relative terms, as the yield ratio of steel per ton of scrap is nearly one-to-one. But in comparison with steel billet prices on an FOB Black Sea basis, which saw prices fall 6/mt (or

Ferrous scrap prices have crashed over the past five weeks, finally coming more in line with weakened steel prices, which have fallen by a larger magnitude since the middle of 2018.

While in percentage terms, prices of scrap have fallen 36%, compared with 29% for rebar, market participants typically view scrap and steel prices in absolute rather than relative terms, as the yield ratio of steel per ton of scrap is nearly one-to-one.

But in comparison with steel billet prices on an FOB Black Sea basis, which saw prices fall $186/mt (or 34%) since the March 2018 high, the fall in scrap prices still lags by a wide $50/mt, according to Platts data.

This would translate to tighter margins for the Turkish steel industry, floating at an average of $166/mt thus far this year through to September 12, a far cry from the 2018 average of $195/mt – and this despite the latest price decreases seen in graphite electrodes.

Several market participants Platts spoke to saw the recent declines in scrap prices as a long overdue correction that brings them more in line with steel market fundamentals.

“I don’t see a floor to scrap prices just yet,” a source at a Taiwanese mill said. “I believe [scrap] prices have yet to adjust themselves to meet actual conditions in the steel industry.”

That scrap prices had stayed relatively resilient to large drops in the earlier part of this year had been something of a mystery to many in the market, and to the EAF mills, something that was pressing margins amid weaker steel prices as well.

Some attributed the resilience in scrap prices to higher capacity utilization at US mini mills this year, which arose from the country’s steel protectionism. At the same time, continued appetite for scrap from Turkish mills, albeit visibly weakened this year, to some extent lent support to prices during the earlier half of the year. Initial robust exports earlier in the year compensated Turkish steelmakers’ domestic woes, while the faltering domestic demand continued to pressure the industry.

Go deeper – Podcast: How low can scrap and rebar go?

However, what followed through was an even gloomier outlook for the Turkish export market as the European quotas started to bite on Turkey’s export opportunities. Shaky diplomatic relations with the US and decreased Southeast Asian opportunities as the market grew more competitive, drew more worries to the Turkish market, leading to several steelmakers to announce further capacity cuts and full mill shutdowns. Previous supports seen to scrap prices finally caved in, leading to a free fall in prices seen for the past month.

“Scrap prices for the first half of the year held on with much resistance, even though steel prices were coming down hard. Was just a matter of time where it had to fall, and this is what the market is seeing right now, a catch up to weakened steel prices,” another Taiwanese mill source echoed.

The market was further pressed when pent up supply pressures in Turkey, the Middle East and Russia led sellers globally to direct their billet to Southeast Asia as an outlet, competing directly with scrap as a raw material.

In comparison, billet prices (CFR South East Asia) which price direction tracks closer to seaborne containerized scrap in the region was down by a larger magnitude of $167.5/mt since the March 2018’s high, as of September 13.

“Billet prices in South East Asia have largely fallen more than scrap prices did. Even at current scrap prices, making billets and selling at today’s price is a loss for us,” a Vietnamese mill source said.

Is there room for scrap prices to fall further? Some market sources felt the remaining disparity between the drop in scrap and that in steel prices showed that there is room for further catch up.

For the Turkish import HMS 1/2 (80:20) benchmark price, some Turkish steelmakers believed the sluggish demand for their finished products would further pressure scrap prices beyond the latest softening.

“There is still not any big demand for scrap. Import tonnages will drop and we will be seeing lower price levels in the coming months,” one Iskenderun mill source said.

But others pointed out that market factors may mean scrap is not necessarily able to track the rebar or billet decline on a dollar-for-dollar basis.

“It can’t be expected that mills should see the same kind of margins as they did in 2018, [especially] when many factors in the market are changing constantly,” a Singapore-based trader said. “2018 was a good year for most mills, we cannot say the same for this year.”

About Samuel Chin and Pascal Dick