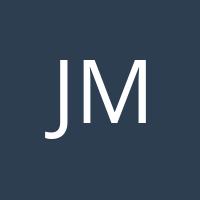 by
Jim Magill
My articles My books
Follow on:
Summary:
Large-scale LNG liquefaction and export facilities are helping to write the demand story for US natural gas reserves. But there is a newer demand factor for that gas: small-scale facilities sending LNG to otherwise little-tapped markets and finding new applications for the fuel. Small LNG plants, usually with production capacities of less than 1 million mt/year, are springing up across the US to service niche markets, such as providing IMO-compliant bunker fuel to oceangoing vessels, meeting peak-shaving demand and serving a growing export market in the nearby Caribbean. These small facilities can be sited and built more quickly and cheaply than their behemoth world-class cousins. Construction costs range into the millions rather than billions and construction takes months rather than

Large-scale LNG liquefaction and export facilities are helping to write the demand story for US natural gas reserves. But there is a newer demand factor for that gas: small-scale facilities sending LNG to otherwise little-tapped markets and finding new applications for the fuel.

Small LNG plants, usually with production capacities of less than 1 million mt/year, are springing up across the US to service niche markets, such as providing IMO-compliant bunker fuel to oceangoing vessels, meeting peak-shaving demand and serving a growing export market in the nearby Caribbean.

These small facilities can be sited and built more quickly and cheaply than their behemoth world-class cousins. Construction costs range into the millions rather than billions and construction takes months rather than years.

The smaller plants can be built almost anywhere, allowing siting near gas production or near markets. Containerized shipment can be by truck or vessel.  The timing also seems right. The Trump administration is pursuing a rulemaking to allow long-distance shipment of LNG by rail.

With the increase in US shale gas production over the past decade and a half, the demand for LNG for both domestic use and export has also increased dramatically.

According to the US Pipeline and Hazardous Materials Safety Administration, as of January 2018, there were more than 110 LNG facilities operating in the US, performing a variety of services including liquefaction, storage, transportation and regasification.

According to PHMSA, there are 160 US LNG facilities built or approved, with the vast majority small-scale projects. Of the 160 plants, four are categorized as large-scale exporting plants already in operation, while seven large-scale plants have been approved.

One source of LNG demand growth has come from the maritime industry, where LNG can be used as a bunkering fuel, replacing dirtier fuel oil and diesel. Increased demand is being driven by standards set by the International Maritime Organization to limit greenhouse gas emissions from oceangoing ships.

Under the IMO 2020 rule, beginning January 1 ships operating in international waters will be required to slash their sulfur emissions by more than 80%. Switching to lower-sulfur fuels, such as LNG, is one option.

A Shell executive recently predicted that LNG’s share of the bunker fuel market mix would reach 25 million mt by 2035. Nick Potter, general manager for shipping and maritime, Asia Pacific, Middle East, at Shell Trading, said while LNG had historically been used to power ships plying the coastal waters of Europe, it is increasingly being used for oceangoing vessels.

For example, Carnival Corporation has one LNG-fueled cruise ship in use and a second one on order.

“We invested in LNG because, frankly, it’s the best, most widely available fuel today, which addresses all of the current regulations,” Tom Strang, Carnival senior vice president for maritime affairs, said in June at a sustainable energy event.

Several small-scale LNG plants have started operations in recent years to service the bunker fuel and other LNG markets. The Florida Atlantic Coast seems to be the preferred location for these plants, although at least one is sited on the Louisiana Gulf Coast.

JAX LNG, a plant capable of producing 120,000 gal/day of LNG, went into operation last fall in the Port of Jacksonville, Florida. A joint venture of Pivotal LNG and NorthStar Midstream, the plant is the first LNG plant with both dockside and truck-loading capabilities, allowing it to supply both the maritime and onshore markets.

JAX LNG sources its gas from the Peoples Gas distribution system in Jacksonville.

“In addition to that, we have invested in upstream pipeline capacity so we have firm supply,” Tim Hermann, president of Pivotal LNG and manager of the JAX LNG plant, said in a recent interview.

The plant has contracted for firm transportation capacity of just under 15 MMcf/d, enough to supply 100% of its liquefaction capacity, Hermann said.

For smaller ships, JAX LNG can deliver directly from its docks, while Hermann said larger oceangoing ships “prefer to be fueled on the water side by a bunkering barge,” such as the Clean Jacksonville owned by TOTE Maritime Puerto Rico.

Exports to Puerto Rico and Caribbean countries represent another growing market for LNG liquefaction facilities in Florida such as JAX LNG.

According to S&P Global Analytics,  LNG deliveries to the Caribbean and Central American averaged roughly 440 MMcf/d in June (regasified volume), a 90 MMcf/d, or25%,increase over  the year-ago month

The year-on-year increase came primarily from Puerto Rico and the Dominican Republic, which both saw roughly 40 MMcf/d increases in deliveries this year. Additionally, Panama took roughly 40 MMcf/d of LNG in the first half of 2019 through its Costa Norte LNG import terminal commissioned in June 2018.

The US Energy Information Administration reports that   LNG imports into Puerto Rico last year totaled 60.3 Bcf,  to near 2016’s 61.3 Bcf, and rebounding from 46.4 Bcf in 2017 when the flow of imports was disrupted by Hurricane Maria, the Category 4 hurricane that devastated the island in September of that year.

Another example of a small-scale LNG project finding a bunker fuel market is NuBlu Energy’s Port Allen Liquefaction facility, a 30,000 gal/d project situated along the Mississippi River near Baton Rouge, Louisiana, about 140 miles north of the Gulf of Mexico.

In commercial operation for more than a year, the project is an example of the proprietary micro-scale liquefaction technology NuBlu hopes to market in the US and overseas, Josh Payne, vice president of business development, said in an interview.

“Our goal is to engineer and sell plants worldwide,” he said. “Our tag line is making LNG local, by putting liquefaction closer to where they need the liquid.”

With the imminent implementation of IMO 2020, the company is already seeing increased demand for LNG as a bunkering fuel out of Port Fourchon, Louisiana – the jumping-off point of the US Gulf of Mexico offshore oil and gas industry – from customers such as Shell and Harvey Gulf International Marine’s LNG bunkering facility, Payne said.

“If ports want to get that fueling business, they’re going to have to offer LNG, and more than likely they’re not going to be able to spend $10 billion on a huge export facility; they’re going to need to build a small-scale facility and grow with the market,” he said.

The market structure for small-scale plants in the Florida and Gulf Coast regions differs substantially from that of In the US Northeast. In the latter region small-scale LNG facilities have been operating for years, chiefly providing a source of fuel for electric power plants in the winter months, when fuel demand is high.

Recently, however new small-scale projects have been proposed to serve other markets, in addition to peak-shaving, such as manufacturing plants and potentially even exporting LNG to other countries.

In June, the Philadelphia City Council approved a plan for a public-private partnership to create the Passyunk Energy Center (PEC) a 120,000 gal/d liquefaction project on the site of an existing gas receipt, storage and distribution facility owned by Philadelphia Gas Works in southwestern Philadelphia. When completed, the project will provide LNG for power generation and industrial uses in the southeastern Pennsylvania area.

Under the partnership agreement, PEC, owned by privately held Liberty Energy Trust, will build a liquefaction plant, as well as truck-loading and unloading infrastructure, within the footprint of PGW’s existing Passyunk Plant. The plant will source its feedgas from the PGW system.

Once the LNG plant is built, PGW will operate it and sell related services to PEC. The contract allows PEC to sell LNG produced from the plant to its customers in the region, with PGW earning up to $4 million per year through fees and revenue sharing.

New Fortress Energy, a New York-based company that completed an IPO on the NASDAQ in January, is pursuing another model for marketing LNG. The company plans to become a leading player in the development of small-scale LNG plants in the Marcellus Shale of Pennsylvania, as well as other US gas-producing regions.

In documents filed with the US Securities and Exchange Commission, the company said it was “currently developing two liquefiers in the Marcellus area of Pennsylvania, each of which is expected to have the capacity to produce approximately 3 to 4 million gallons of LNG (which is the equivalent of 250,000 to 350,000 MMBtu) per day.”

The company added that it plans to develop five or more additional liquefaction plants over the next five years, although it did not disclose the siting of these facilities. New Fortress proposes to establish a “logistics pipeline” to deliver LNG to its customers.

“Tanker trucks will transport LNG from our liquefiers to a port on the Delaware River for Marcellus-sourced LNG or the Gulf of Mexico for Midcontinent sourced LNG, at which point LNG will be transloaded directly to large marine vessels,” the company states.

At least one aspect of this plan, the creation of an LNG shipping port on the Delaware River, has generated pushback from local residents. Earlier this month, the Delaware River Basin Commission approved a project to dredge the channel and build a dock at the Gibbstown Logistics Center, located on the river in New Jersey.

Environmental groups objected to the site improvement project, saying New Fortress plans to use the site, owned by Delaware River Partners, a New Fortress-affiliated company, to export LNG. The groups say such an export project has not been given adequate public notice or received the proper government approvals.

Regardless of the controversy, which is similar to that encountered with the construction of virtually any form of energy infrastructure, the number of small-scale LNG plants can be expected to grow over the next several years.

This growth will likely by driven by several demand factors: the increase in demand for clean-burning natural gas for traditional uses such as supplying electricity, fueling manufacturing plants and heating homes; and the emergence of new markets for gas, to power boats and oceangoing ships, as well as land-based forms of transport, such as long-haul trucks and railroad locomotives.

In addition, because small-scale LNG plants convert gas to an easily transportable liquid form, they provide an affordable solution for owners of stranded gas assets to monetize their resources in regions far removed from pipeline infrastructure.