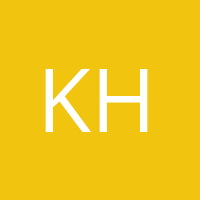 by
Kristen Hays and Yi-Jeng Huang
My articles My books
Follow on:
Summary:
Trade in polyethylene resin and finished products slowed in the fourth quarter of 2018, becoming a casualty of the US-China trade war. Last year, the Trump Administration launched a full-scale trade war with China, imposing three rounds of tariffs worth a cumulative 0 billion on Chinese products. The move was intended to counter China’s practice of requiring US companies to turn over intellectual property as a condition for gaining access to the world’s second-largest economy. China responded with 0 billion in tariffs on US products, also in three rounds, signaling a commitment to protecting its interests and economic growth. The petrochemical-heavy second and third rounds of these tariffs came as the US chemical industry started up the first wave of more than

Trade in polyethylene resin and finished products slowed in the fourth quarter of 2018, becoming a casualty of the US-China trade war.

The move was intended to counter China’s practice of requiring US companies to turn over intellectual property as a condition for gaining access to the world’s second-largest economy. China responded with $110 billion in tariffs on US products, also in three rounds, signaling a commitment to protecting its interests and economic growth.

The petrochemical-heavy second and third rounds of these tariffs came as the US chemical industry started up the first wave of more than $200 billion in new and planned infrastructure.

This industrial build-up emerged from the domestic natural gas boom and its seemingly endless bounty of cheap feedstock, namely ethane. That feedstock advantage, shared only by the Middle East, prompted chemical producers to turn the US into a global supplier of raw materials and resins. Asia, and more specifically China, were the target markets, given the region’s projected demand growth that far surpasses the rest of the globe.

Much of the new US chemical infrastructure focuses on making polyethylene, a precursor to the most-used plastics in the world. Natural gas transmission pipes, opaque milk jugs, toys, grocery bags, buckets, cookie packaging and cellophane wrapped around meat at the grocery store are among the hundreds of products made with PE. Accordingly, PE manufacture dominates the petrochemical infrastructure currently starting up, under construction or planned in the US.

China originally announced in 2018 that its tariffs would target low density polyethylene (LDPE), which makes up about 7% of 13.7 million mt/year of new PE US production that is operational, under construction or planned from 2017-2027. However, China replaced LDPE with linear low density (LLDPE) and high density PE (HDPE) shortly before imposing its retaliatory tariffs in August. Those grades make up more than 90% of that new US output, 29% of which is operational – suddenly making it a significant concern to US producers.

Overall, US PE exports reached a record 4.3 million mt in 2018, up more than 24% from 2017, US International Trade Commission data shows. The share sent to China declined while some flows shifted to other markets, notably Europe and Vietnam.

Total PE imports to China in Q4 actually rose 0.5% to 3.8 million mt from Q3, according to the data.

Data from Chinese firms who typically imports large quantities of US PE details this pullback.

Weihai Lianqiao International, a textiles and garments company that lists US stores such as Walmart, Forever 21 and Macy’s on its website as clients, saw its US-origin HDPE resin imports fall by 93% to about 400 mt in Q4 compared with Q3, while its overall HDPE imports fell by about half.

This does not mean China has stopped buying PE from US companies altogether. US PE producers with global footprints have the option to reroute supply from their international operations. DowDupont, for example, can supply Asia from its Canadian assets as well as its Sadara joint venture in Saudi Arabia. ExxonMobil also can supply China via its Singapore operations, minimizing tariff fallout.

Meanwhile, China’s petrochemical finished goods products were caught in the middle of the trade tensions as well. US imports of Chinese PE bags and sacks began declining last September, targeted by the US’ $200 billion in tariffs implemented the same month.

The growth decline is accelerating in 2019, with import figures plunging 38% in January and 45% in February compared with same month last year, according to the data.

The chief fallout from ongoing trade tensions between the US and China is uncertainty. No one knows how long tariffs will last.

Building a new plant can take up to five years from initial planning to startup, and companies make such investments based on long-term forecasts of supply and demand, not market volatility or geopolitics. Tariffs could be gone by the time a plant under construction in 2019 starts up in 2021 – or by the time one starts up in late 2019.

In addition, changing long-established supply chains can take up to 18 months or more, to conduct due diligence for quality control before a the arrival of a new supplier’s first shipment of key ingredients, for anything from medicines and cosmetics to flame retardants or packaging. That complex, expensive process could be rendered moot if the tariffs are suddenly lifted.

Conversely, if the trade war drags on, China could keep finding alternate sources for raw materials and plastics, siphoning market share that the US may not be able to retrieve – just as the shale revolution is offering it a competitive edge.

About Kristen Hays and Yi-Jeng Huang

My articlesMy books
Follow on:
Previous IMO 2020 may not solve crude oil quality riddle: Fuel for Thought
Next In the LOOP: Third VLCC of the year departs Louisiana, bound for South Korea