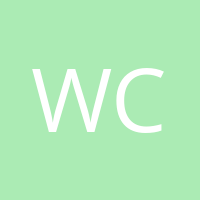 Via Disobedient Media The San Diego based One American News Network has released a new report highlighting key elements of the mystery surrounding the murder of DNC staffer Seth Rich. OANN cites a number of inconsistencies and lingering questions in the case, while also noting that Rich’s murder occurred in close proximity to the similarly strange …

END_OF_DOCUMENT_TOKEN_TO_BE_REPLACED

Via Disobedient Media
An investigation has revealed that terror groups operating out of Syria have taken to Reddit, utilizing the online messageboard as a forum for individuals who support Islamic terror groups operating inside Syria. Disobedient Media has determined that the subreddit r/SyrianRebels lists at least one moderator who appears to support extremist-aligned groups in Syria and has recently announced that they will host an "Ask Me Anything" session with a senior Al-Qaeda militant in charge of media outreach for the terror group. Reddit has refused to remove the subreddit, claiming that it does not violate their site’s rules.
I. Subreddit Devoted To "Syrian Rebels" Supports Extremists, Syrian White Helmets
The front page of r/SyrianRebels sports a number of posts that are anti-Assad and support the contention that the Syrian government was behind the April 4th chemical weapons attack in Khan Shaykhun, Syria. They also feature several articles from the Atlantic Council. Disobedient Media has previously noted that the Atlantic Council is a think tank which has in the past taken money from special interests in return for pushing specific policy objectives that benefit their donors.

END_OF_DOCUMENT_TOKEN_TO_BE_REPLACED

Via Disobedient Media
As the United States positions fresh military assets near the Korean peninsula and reports emerge that China has positioned 150,000 troops at the border of North Korea, there appears to be a strong shift away from the longstanding policy of secretly opposing reunification of the two Koreas supported by factions within the West and China. This policy was outlined in paid speeches Hillary Clinton gave to Goldman Sachs in 2013 which were released by Wikileaks in late 2016 during the presidential election. The record gives an interesting glimpse into a policy which has now been all but totally reversed by political developments over the past several years.
I. The U.S. Has Historically Opposed Korean Reunification In Secret
The Goldman Sachs speeches focused on economic and financial issues. However, they also showed a foreign policy approach now totally altered by geopolitical changes in China, the United States and the Koreas themselves. In the first of a series of three speeches, Clinton made an substantial revelation: the United States has secretly opposed Korean reunification, since such a development would result in South Korea becoming dominant economically and politically.

END_OF_DOCUMENT_TOKEN_TO_BE_REPLACED

Via Disobedient Media
The cyber firm Crowdstrike has been one of the main proponents of allegations that Russia interfered in the 2016 American presidential elections using their cyber capabilities. The analysis performed by Crowdstrike was relied on almost exclusively by the Democratic National Committee (DNC) to establish their claims of "Russian hacking."
It has subsequently been revealed that Crowdstrike has in the past both misrepresented data in an attempt to frame the Russian government for cyber attacks and also failed to account for known capabilities of third parties which enable them to impersonate Russian hackers. The founder of Crowdstrike is also tied to the Atlantic Council, a think tank supported by George Soros which has been accused of accepting funds in exchange for support of favored policy positions as well as promoting disinformation and propaganda attacks against anti establishment figures.
I. Crowdstrike’s Claims Of Russian Hacking Cannot Be Independently Verified By Government Agencies, Ignore Known Attribution Techniques
On June 14, 2016, Crowdstrike published a study commissioned by the DNC, in which they accused the Russian government of breaching the DNC’s computer systems. The DNC’s choice to rely on Crowdstrike exclusively was incredibly controversial.

END_OF_DOCUMENT_TOKEN_TO_BE_REPLACED

Via Disobedient Media
An unannounced trip that Barack Obama took to Hawaii just days before a ruling from a Honolulu federal judge on Donald Trump’s new immigration restrictions has lead to accusations of improper meddling as observers noted that Obama at one point may have been within five minutes of U.S. District Judge Derrick Watson’s house.
On March 13, 2017, local Hawaiian news station KHON2 published pictures indicating that Barack and Michelle Obama had made an unannounced trip  to Oahu after one of their viewers submitted photos of Obama at Buzz’s Original Steak House in Lanikai. The paper reported that Obama spent March 14th playing golf in at the Midway Golf Club in Kailua before joining "friends" in a private room at Noi Thai Cuisine at Royal Hawaiian Center for dinner. There was no information on the identity of the individuals Obama dined with. Online users have noted that the most direct path from Kailua to Noi Thai would have taken Obama within five minutes of Judge Watson’s residence.

END_OF_DOCUMENT_TOKEN_TO_BE_REPLACED

Via Disobedient Media
Startling developments have revealed that the American Civil Liberties Union (ACLU) has moved beyond their original charter as a legal advocate for individual rights under the Constitution to actively taking an hand in training and organizing protest groups throughout the country. Their shift in focus came just over a month after reports emerged that George Soros was sinking tens of millions into the group through his affiliated organizations. Articles prominently featured by the ACLU announcing the shift towards actively organizing anti-government protests are authored by a former employee of Soros-funded groups. The startling shift indicates that the ACLU has decided to participate in Soros driven protest movements with the goal of subverting American democracy and driving regime change in the United States.
I. The ACLU Has Actively Begun To Assist In Protest Organization
The ACLU’s shift from their traditional mandate of legal advocacy appears to have occurred sometime in February 2017, with the announcement of People Power, a campaign consisting of what they described as "Resistance Training" to "take the fight against Donald Trump’s policies not just into the courts, but into the streets." The training sessions are to be broadcast nationally via livestream.

END_OF_DOCUMENT_TOKEN_TO_BE_REPLACED

It’s the latest chapter of the long, documented saga of Reddit censorship against various forms of political speech over the past several years. In a humorous development, Reddit’s admin team has been caught censoring posts using the term "Rothschild."
Users on pro-Trump subreddit r/the_donald began noticing the censorship several days ago after a humorous tweet from Lynn de Rothschild on February 21st, 2017 lampooned John Podesta for his work managing Hillary Clinton’s 2016 presidential election campaign. A test conducted by Disobedient Media on February 23rd has confirmed that Reddit is indeed censoring content referencing the name of the famous banking family.
A sample post referencing the term was immediately archived after submission. Despite being posted "just now" or under one minute prior, the archive revealed that a filter on Reddit had removed the text of the post and hidden it from the "new" section of r/the_donald. The original post and the text can be seen here:

When the account which made the post is logged in, the original text still appears in the body as if the post was not censored. This means that a user might not immediately notice that their posting had been removed.
It is not known at this time why Reddit is censoring posts referencing the Rothschild family name.

END_OF_DOCUMENT_TOKEN_TO_BE_REPLACED

On February 13th, 2017 residents in Oroville, CA, were given a last second, panicked directive to evacuate their homes and flee the area due to concerns that the Oroville dam was about to imminently fail. At the time of this article, the dam has still not yet failed. Should it fail though, California’s government may face tough questions about their failure to adequately prepare for a disaster they had been warned about for over a decade.

California negligently failed to make preparations for the inevitable end to a major drought which had occurring since 2011. For 12 years, environmental groups had warned federal and state officials that the dam was likely to experience structural issues in the event of heavy rains and flooding. Governor Jerry Brown had years to direct the Democrat controlled state government to authorize funding and enact plans for repairs to the dam while water levels remained low. The Water Quality, Supply, and Infrastructure Improvement Act of 2014 set aside $395,000,000 for flood management, but to date has not allocated any of it to actual repairs or projects, raising questions about where the money currently sits and what it has been used for since 2014.

California’s corruption causes it to consistently approve projects which are financially and logistically convenient for special interest groups at the expense of their citizens.

END_OF_DOCUMENT_TOKEN_TO_BE_REPLACED

The Art Of The New Deal: How Trump Is Using Mexican Company Cemex’s Concrete To Build The Wall And Profit Both Countries

The press has been ablaze with reports that Mexico is stonewalling against Trump’s demands that they pay, in one form or another, for the wall. Some speculate that the wall will not be built at all. But research by Disobedient Media indicates that not only will the wall be built, but that it has strong support among certain Mexican business interests such as cement producer Cemex who has been actively lobbying to ensure that Trump and his allies take office and begin construction.
I. Cemex Is Best Positioned To Benefit From The Wall, And Does Not Have A Major Competitor In The United States
According to information published by the Global Cement Directory, Cemex is the largest producer of cement in North American and does not have any American competitors of equal size. It has been described in a diplomatic cable released by Wikileaks as being one of "Mexico’s monopolists" with a market share of 87.6%. Data collected using the installed capacity of companies’ integrated cement plants shows that the US does not even break the top ten list of cement producers globally. Cemex, however, ranks fifth, far ahead of their only Western competitor in Brazil.

Cemex is a major producer, with plants and operations in over 50 countries worldwide. It has acquired a number of assets in the United States.

END_OF_DOCUMENT_TOKEN_TO_BE_REPLACED

This article was orignally posted at www.disobedientmedia.com
Abstract

German Chancellor Angela Merkel and other Europhile politicians have pushed forward with an aggressive campaign to militarize the European Union. These plans have at times been kept from European citizens in certain states. The new EU Army appears to be supplied at least in part by NATO which is currently being affected by corruption scandals and the death of its Chief Auditor under suspicious circumstances.
Germany has been responsible for a recent spike in anti-American and UK rhetoric. Their combative stance, and desperate attempts to prevent sovereign nations from deciding if they will continue to be members of the EU raise questions about the true purpose of the new EU Army.

I. The EU Army

Calls for an EU Army pre-exist current trends among Europeans and Americans to reject international institutionalism for a more nationalistic, sovereign state oriented model of governance. The Guardian was reporting in 2015 that European Commission President Jean-Claude Juncker was calling for an EU Army to show Russia that the bloc was "serious about defending its values." The shock result of Brexit merely accelerated plans within the EU that were already in progress.