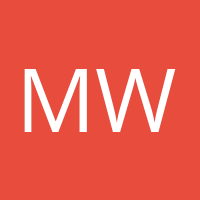 From relatively traditional roots, the Japanese beer industry became a hotbed of innovation in 2018 — giving rise to new and esoteric brews, and causing brewers to think again about the use of costly aluminum as a packaging material.
For over 100 years, legislation dictated that beer had to contain 67% malt, with the balance of 33% strictly water, hops, yeast, corn, rice, or more malt. But a revision of the country’s alcohol laws – or “Shuzei ho” – which went into effect April 2018, allowed breweries to introduce a new gamut of flavors, including potato, fruit and spices. The revised legislation has also allowed the malt content in beer to be lowered to 50% from the earlier 67%.

END_OF_DOCUMENT_TOKEN_TO_BE_REPLACED

Japan’s brewers eye raising a can to new markets

Japan’s craft brewers have suddenly found their cups are running over, and exporting beer in aluminum cans may be the answer to their problem.
Since April 1, breweries seeking a new license in Japan have been required to produce at least 60,000 kiloliters/year of beer, up from a minimum of just 2,000 kl/year earlier.
Along with the surge in volume, the country’s definition of what constitutes beer has also been rewritten.
Beverages that contain 50% malt can now be called beer, with breweries free to choose the remaining 50% content. Previously, beer had to be 67% malt and the balance 33% strictly water, hop yeast, corn, rice or more malt.

This change has enabled craft beer breweries to develop new flavor combinations. Along with that, their interest in new packaging options — notably

END_OF_DOCUMENT_TOKEN_TO_BE_REPLACED

Will PET bottles change tastes of Japan’s aluminum can collectors?

The beverage sector has long favored aluminum cans for being lighter, stronger and more easily recyclable than the alternatives, despite being up to three times more expensive than steel and twice more than PET.
But the economics of the sector are changing, and soda producers such as Coca Cola are increasingly packaging their beverages in PET bottles.
The low carbon aluminum sales pitch is less noticed, due to developments of recyclable PET bottles and improved PET recycling chain. Moreover, capital investment for PET bottles are modest than aluminum cans.
Related blog post — Japan aluminum’s tipple of choice: US bourbon in a can
Most beverage manufacturers are able to make PET bottles in-house, whereas aluminum cans are outsourced. PET allows more flexible bottle shapes and this is

END_OF_DOCUMENT_TOKEN_TO_BE_REPLACED

Japan aluminum’s tipple of choice: US bourbon in a can

Jim Beam, the world’s biggest-selling US bourbon whiskey, is sold mostly in aluminum cans in Japan — which could potentially take an unintended hit from the US’ recent move to impose a 10% levy on aluminum imports.
Depending on how world leaders respond, global aluminum supply flows may change if there are hiccups in the supply chain and volatility in prices.
Australia, which has been exempted from the new US aluminum and steel tariffs, is not a major aluminum exporter to the US; its customers are mostly in Japan and South Korea.
However, Asian customers of Australian aluminum may soon find themselves competing with US buyers — and may consider switching instead to supply from Russia, Malaysia, Indonesia, India or even the Middle East.
Related blog post: Steel or bourbon? Trump may need

END_OF_DOCUMENT_TOKEN_TO_BE_REPLACED

What the ‘MJPexit’ debate implies in the aluminum market

Debate is flaring in Japan’s aluminum industry ahead of the fourth quarter contract premium negotiations about the future of term pricing, popularly dubbed as MJP or main Japanese port.
For over a decade, Japan has been sourcing 1.5 million mt/year primary ingot imports on annual contracts. Volumes were fixed for one year, and prices were London Metal Exchange cash plus the premiums, CIF MJP basis, and the premiums were negotiated quarterly.
Four producers and 15 to 20 Japanese buyers have been in the quarterly talks.
Around 10 other producers and international trading houses have term contracts with Japanese buyers. They generally don’t negotiate the premiums, but follow the quarterly settlements reached by the four producers.
MJP has evolved along with market changes such as geographical shifts in the supply chain, LME reforms and the growing impact of China.
The 2015 premiums crash, from $425/mt plus LME cash CIF Japan to $88.50/mt, accelerated the MJP evolution.
A supply contract just for one quarter was signed between a producer and a Japanese trader in Q3 2015. This move was unnoticed because the standalone quarterly premium and the quarterly premium in annual contracts were the same.